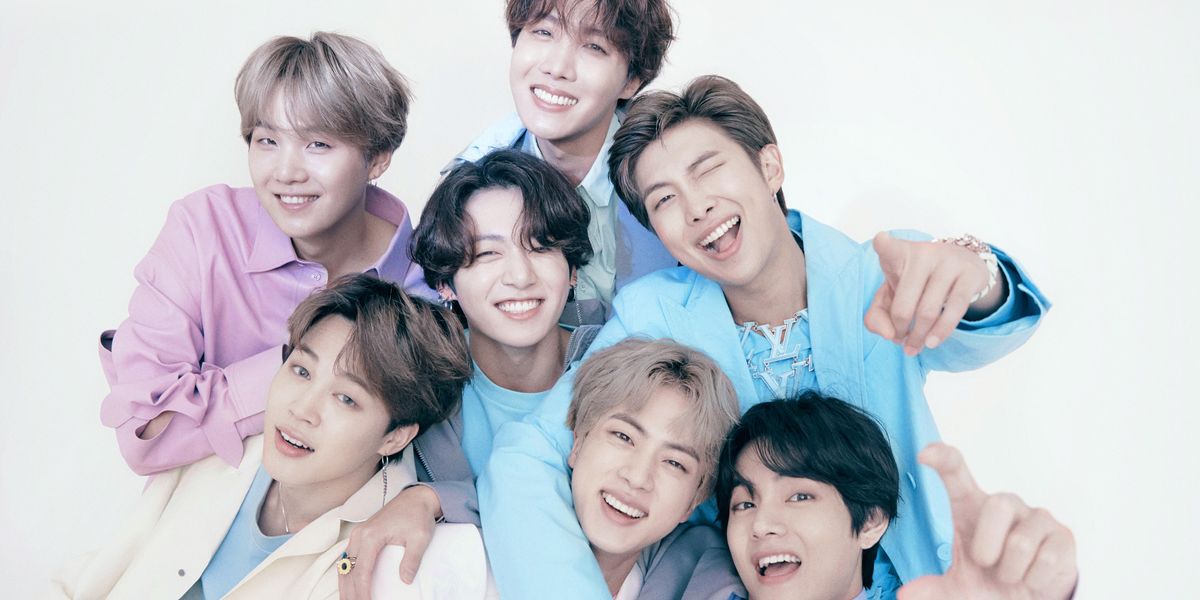 The relationship between BTS and Louis Vuitton is finally official. Today, the French megabrand announced that the group are officially joining the house as their latest ambassadors, the first major luxury fashion partnership for BTS.

In a press statement, the brand says they are very happy to share the news of their new role within the house. "I am delighted BTS are joining Louis Vuitton today," said the brand's men's artistic director Virgil Abloh. "I am looking forward to this wonderful partnership which adds a modern chapter to the House, merging luxury and contemporary culture. I can't wait to share all the very exciting projects we are working on."

For their part, BTS added that "becoming global brand ambassadors for Louis Vuitton is a truly exciting moment for us."

BTS in Louis Vuitton at the 2021 Grammy Awards

Though the news makes their relationship official, both BTS and Louis Vuitton have already created some special fashion moments together. Recently, V, RM, Suga, Jungkook, Jin, J-Hope and Jimin all wore black and tan looks from Louis Vuitton's Fall 2021 men's collection to this year's Grammy Awards red carpet from Korea (they were nominated for Best Pop Duo/Group Performance).

The collection, which was shown during Paris Fashion Week in January, was one of Abloh's strongest showings yet and explored themes of stereotypes, racial identity and cultural appropriation. (J-Hope tweeted his customized LV coffee mug and invitation the day of the show while wearing the brand's teddy-stitched pullover.)

And of course, BTS covered our very own Break the Internet issue back in 2019 wearing head-to-toe Louis Vuitton men's looks, one of the earliest instances of LV and BTS joining forces. Could we have unknowingly helped plant the seed of this new ambassadorship? We love to see it!