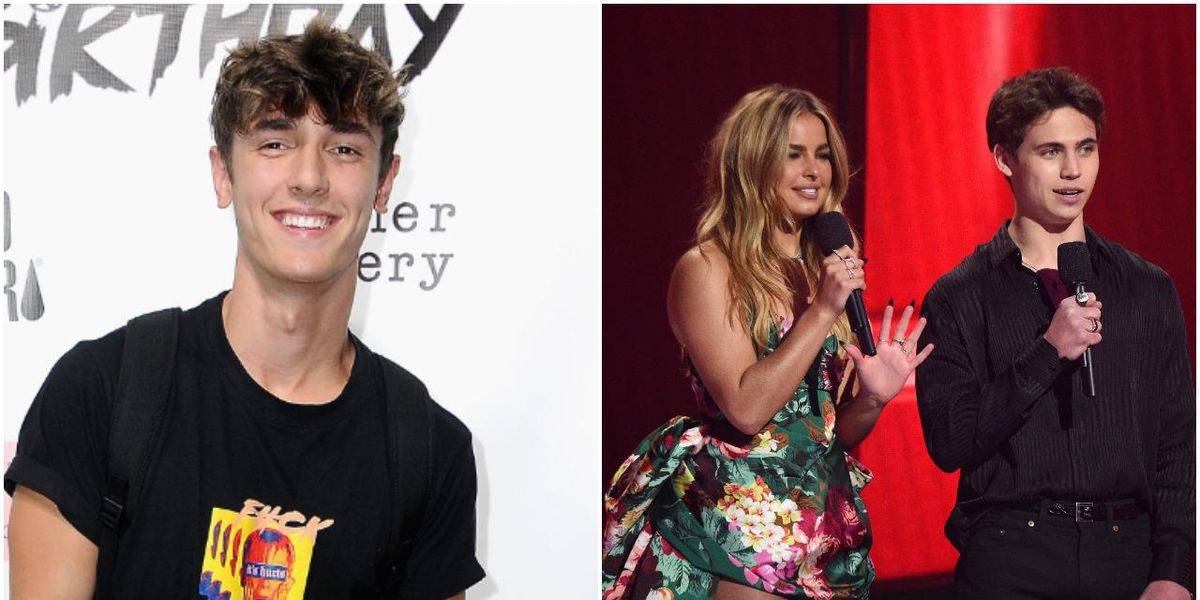 Bryce Hall doesn't seem all that happy about Addison Rae's kiss with her He's All That co-star.

Related | Addison Rae and Bryce Hall Are Reportedly Over

Even so, the on-stage smooch also caused quite the stir from fans who were less than enthused about having to watch the kiss, if the multiple tweets about "no one wanting to see that" are any indication.

no one wanted to see that pic.twitter.com/P3UEYcHxOF

i really didn’t need to see addison rae making out on my screen #MTVAwards pic.twitter.com/pxrIzHpwOK

Not only that, but the moment also ended up sparking some online speculation about what Hall's potential reaction to seeing his ex locking lips with her co-star. And the general consensus? That he was probably crying himself to sleep.

After all, it's no secret that the TikTok power couple broke up for the second time after Hall allegedly cheated on Rae during a trip earlier this year. Additionally, Rae herself fed into the fan frenzy after accidentally referencing her "ex-boyfriend" during a chat with Zane Lowe about her song "Obsessed," shortly after tweeting that she was "disappointed but not surprised" in an apparent allusion to the rumors.

Granted, it didn't take long for Hall to cryptically tweet out that something "sucked" but he was "moving on," before adding that he was now trying to "fully focus" on himself in preparation for his upcoming fight with Austin McBroom next month. Soooo looks like the internet was probably pretty spot-on about this one.

Check out Hall's tweets for yourself below.

sucks, but moving on