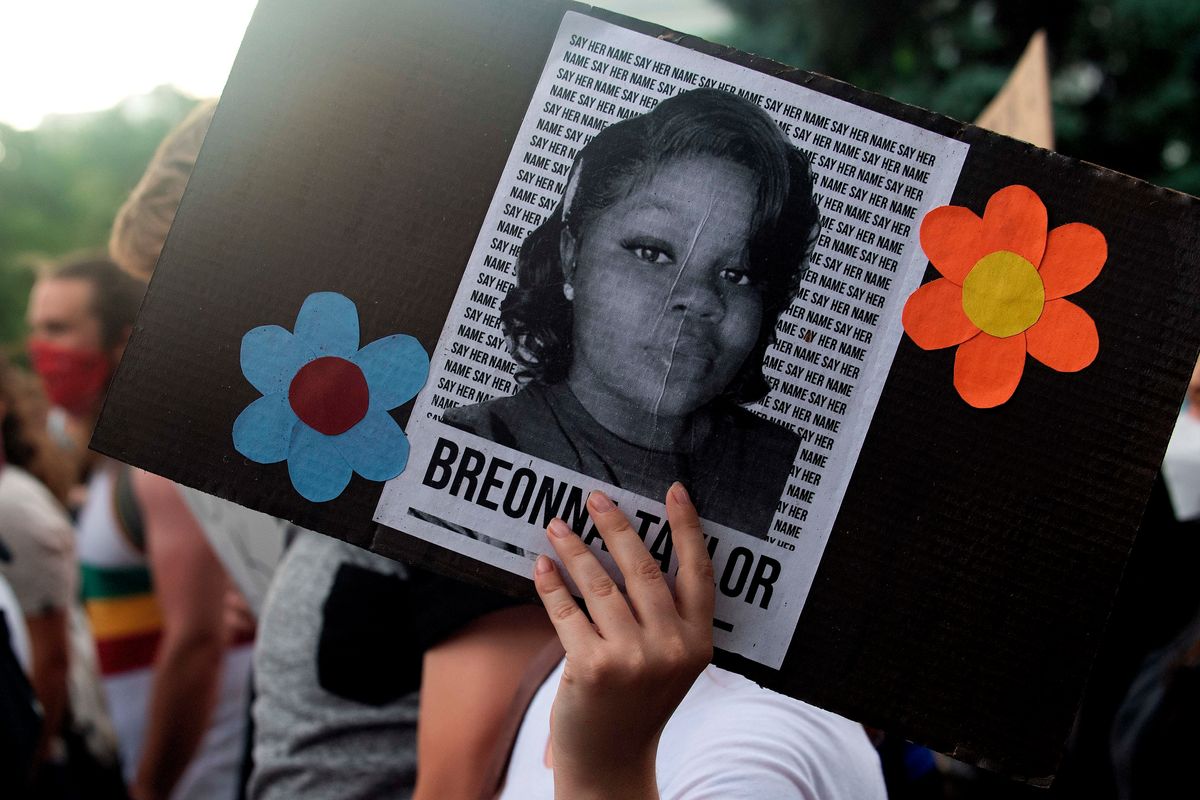 After a long six months since the murder of Breonna Taylor, Attorney General Daniel Cameron announced the verdict of a grand jury, which was handed findings and evidence from Cameron's office this week. Brett Hankison, a former police officer in Louisville who was fired in June, was charged with three counts of first-degree wanton endangerment. None of which are related to the murder of Breonna Taylor herself.

According to Kentucky statute 508.060, "A person is guilty of wanton endangerment in the first degree when, under circumstances manifesting extreme indifference to the value of human life, he wantonly engages in conduct which creates a substantial danger of death or serious physical injury to another person."

The news comes days after Breonna Taylor's family settled with the city of Louisville. In a now-deleted tweet from this morning, the attorney for Breonna's family, Ben Crump, said, "While not fully what we wanted, this brings us closer to #JusticeForBreonnaTaylor."

Jefferson County Grand Jury indicts former ofc. Brett Hankison with 3 counts of Wanton Endangerment in 1st Degree for bullets that went into other apartments but NOTHING for the murder of Breonna Taylor. This is outrageous and offensive! pic.twitter.com/EarmBAhhuf

The US National Guard was deployed in Kentucky ahead of the announcement, and the Louisville mayor implemented a curfew in anticipation of the response. Just two days ago, it was reported that Robert Schroeder, the interim chief of police, had declared a state of emergency.

The reason why those measures needed to be taken was not stated at the time of announcement. There were, however, no murder or manslaughter indictments, and Sgt. Jonathan Mattingly and Detective Myles Cosgrove were not indicted by the grand jury on any charges.

Charges are not convictions. Indictments are not justice.

A living #BreonnaTaylor is the only justice there is. All else is accountability & prevention.

We defund, abolish, and build strong communities. We are dismayed but not destroyed. Breonna gives us courage to keep on.

— brittany packnett cunningham does not do remixes. (@MsPackyetti) September 23, 2020

Apparently, no one killed Breonna Taylor. She simply died in a “tragedy.” Like she had a hard fall or got hit by a bus. This apparently is the law in thr State of Kentucky, according to @kyoag Cameron.

Officers murdered Breonna Taylor. This decision isn't justice, it's injustice. We must keep standing up and speaking out. We must keep organizing. We must keep the pressure on until there is full accountability, a reimagining of policing, and transformative justice—nothing less. https://t.co/i72bWnTKzC

Daniel Cameron is on Donald Trump’s short list as replacement of #RGB on the Supreme Court. The same man who decided to not charge the officers responsible for killing #BreonnaTaylor. Vote.

for me, the hardest part of seeing the Breonna Taylor merch and whatnot, was knowing that this would be the outcome.

This is certainly not the end of the fight. Continue to demand #JusticeForBreonnaTaylor; one officer's indictment is not enough.