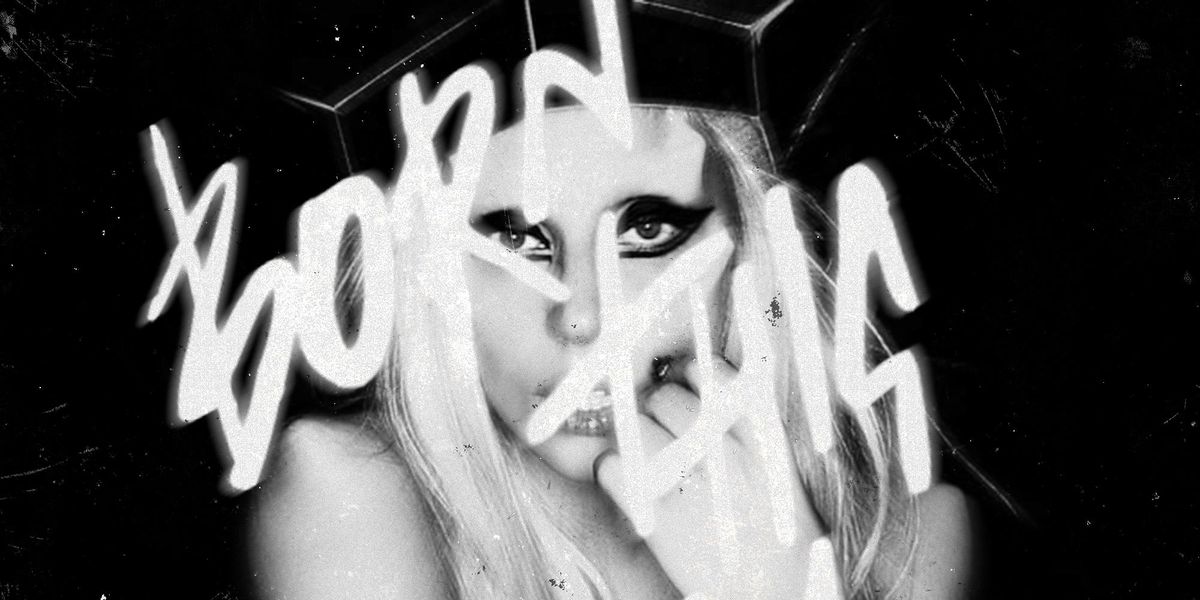 The Perpetual Rebirth of 'Born This Way'

One morning in the spring of 2011, during my Introduction to Business class at Hofstra University, my professor introduced the term "disruptive technology." In business theory, disruptive technology is an innovation that displaces a well-established product in the market. He asked us if we could come up with any examples, hoping his half-asleep and/ or hungover 8 AM Thursday class could at least muster the energy to answer with "GPS systems" or "ride-sharing apps" or literally any e-commerce site.

Up went a dainty hand, punctuating its arrival in the air with the flick of a wrist, confirmation for anyone asking, "Is he... you know," within a 50-mile radius.

Despite the smattering of laughter that followed — including a light chuckle from the professor — and despite my mildly facetious answer, I realized I was only half-joking. In fact, I was dead serious.

What is — and continues to be — a disruptor if not the 25-year-old pop superstar who, just a few months ago, arrived on the Grammys red carpet in an egg — excuse me, vessel — which she later hatched from to perform the lead single off her upcoming third studio album, only two years after bleeding to death on stage during her now-iconic performance of "Paparazzi," the fourth number-one hit single off her debut album, The Fame, during the 2009 MTV Video Music Awards?

Earlier that year, Lady Gaga had just ushered in Born This Way's lead single, with bells and whistles, except replace bells with facial prosthetics and whistles with intensely hued gooey afterbirth that overflowed from the eponymous single's music video into myriad live performances, from Graham Norton in the UK to the MuchMusic Video Awards in Canada. "Born This Way" shot straight to No. 1 on the Billboard Hot 100 and stayed there for six weeks.

Like the amniotic sac Gaga bursts forth from, "Born This Way" punctured through radio waves and into the cultural consciousness — where it remains to this day.

But it was just a claw scratching its way to the surface; a message in a bottle, dispatched from an opus still shrouded in mystery and slated for release later that year. Unlike its predecessor — an unequivocally and unapologetically queer anthem of self-acceptance that relied on little to no subtext, including the words gay, bi, lesbian and, most importantly, transgender, in its bridge in a time when, even though it was 2011, visibility was coveted and not the low bar it is today — metaphor once again returned to the forefront in the next single, "Judas."

A thrashing, industrial-sounding pop banger with a sugary-sweet chorus to boot (an established pattern following in the footsteps of other RedOne-produced hits such as "Poker Face" and "Bad Romance"), "Judas" received lukewarm critical and commercial reception — it peaked at No. 10 on the Hot 100. (I still blasted it on loop in my shitty Honda Civic so many times that I'm certain it's why I have to watch Law and Order: SVU at volume 90 with closed captioning now.)

But "Judas" did not arrive without ruffling a few feathers and was released only a few days before Easter. The Catholic League stans! Just kidding, they condemned it with fervor. The video amplified the song's message — about continually running back to those who've betrayed you and ultimately forgiving them — by depicting Gaga as Mary Magdalene in a leather-jacket-and-bandanna-clad modern-day Jerusalem. She contended with her devotion to Jesus while still pining for the bad boy, Judas — played by none other than professional bad boy, Norman Reedus.

Biblical imagery and metaphors aside, "Judas" was a sonic pariah, possibly not even conceived to sate the music industry machine, and would go on the blaze the trail for Gaga's future catalog that would rebel against contemporary pop standards, immune to the pressure of chart performance. See: ARTPOP.

Following "Judas" was the promotional single turned official after receiving an overwhelming positive response, "The Edge of Glory," which is now considered one of Gaga's greatest hits. (I'll bet you my vintage Hot Topic Lady Gaga T-shirt from 2008 that a ShopRite somewhere is playing it right now.) A massive pop anthem with nods to Bruce Springsteen's "Thunder Road" — it even features saxophone by the late Clarence Clemons of Springsteen's E Street Band— "The Edge of Glory" was a toast to a life well lived by her late grandfather.

Hints of Springsteen remained, even in the uptempo club banger that followed ("Hair"). Springsteen wasn't the only inspiration embedded in the arrangements of Born This Way; Queen permeated the downtempo rock and country-influenced single, "Yoü and I," and not just because it features electric guitar by Queen's Brian May. House, disco and electronic church bells abound in "Marry the Night," the fifth and final single from Born This Way, which was accompanied by an almost 14-minute-long avant garde autobiographical short film/ music video that revisits Gaga's painful memory of getting dropped from a record label.

Grievances are still aired today about "Scheiße" and "Heavy Metal Lover" not getting the single treatment.

Born This Way ended up becoming Gaga's first No. 1 album on the Billboard 200, selling more than a million copies in its first week of sales and becoming the fastest-selling record since 2005. Of course, naysayers and media outlets alike attributed its colossal first-week sales to a deal with Amazon that sold the LP for just 99 cents. Partnerships and — let's go with unorthodox — promotional strategies ("Marry the Night" was released on... FarmVille) and perennial comparisons to Madonna notwithstanding, Born This Way introduced the world to Gaga as the captain of her own ship — to the malleability of Gaga herself.

Reinvention is not a new concept, but it is new in the sense of the reinvented — and one must possess strong self-awareness to pivot in a direction unfettered by external factors. To do so amidst the cacophony of fame takes even more heart and fortitude — and nerve. Gaga has always sang about fame, sex and relationships, identity, and social justice, delivered in ear-worming hooks and explosive choruses, or stripped down and laid bare between a woman and her piano — but the medium, as Canadian communication theorist Marshall McLuhan says, is the message.

Factor in sociologist Erving Goffman's theory of the presentation of self, too, and in the overlap, you'll find the 20-year-old NYU drop-out who started calling herself Lady Gaga, an unknown singer-songwriter who started to frequent and perform in venues and nightclubs all around New York City like The Bitter End in Greenwich Village and the Knitting Factory in Brooklyn. Born This Way became a composite of this trajectory — this meteoric rise to global fame — and posits rebirth as survival.

It is, of course, not an album without fault. Born This Way has warranted (understandable and valid) criticism from AAPI and Latinx listeners for Gaga's lyrical use of the words "Orient" and "chola" in the title track's bridge; "Americano" would definitely be clocked for tints of cultural appropriation today, and some critics even accuse Gaga of pandering to the LGBTQ+ community, despite Gaga explicitly identifying as bisexual herself.

Even so, the impact of Born This Way and its rollout was undeniable. "Message music" — a term coined by DJs in the '60s to describe music born from the ongoing civil rights and women's empowerment movements and protest of the Vietnam War — was en vogue again. Self-acceptance anthems like "Firework" and "We R Who We R" shortly followed that same year, tag-teaming the number one spot on charts and digital outlets worldwide. Red carpets became fun again. See: literally everyone on the red carpet at the 2011 VMAs when Gaga showed up as her male alter ego, Jo Calderone — a prime example of zigging when everyone else zags. Pop culture reinstituted Wacky Hair Day and has been celebrating it ever since.

Identity is nothing if not frenetic; it is messy, grainy, infinite. Every time we think we have ourselves figured out, we go and change again. Born This Way exists in this constant state of transformation.

Identity is nothing if not frenetic; it is messy, grainy, infinite. Every time we think we have ourselves figured out, we go and change again. Born This Way exists in this constant state of transformation — a notion possibly represented by the album cover that depicts Gaga as half woman, half motorcycle — all while stirring the pot along the way. It is radical in its approach of acceptance, not glossing over the parts of ourselves we prefer to bury deep underneath our periphery, but embracing those things by sticking a finger deep in the wound and including the color that comes out in the palette we use to render who we are — and who we are to become.

In her 2008 YouTube vlog, "Gagavision," (which is occasionally resurrected from time to time), during a trip to Amsterdam, her friend and then-collaborator DJ Space Cowboy warns Gaga against filming in the Red Light District, fearing potential repercussions. Gaga, wearing dark sunglasses and a lip to match, replies without missing a beat: "Are you not willing to get in trouble for your art?," she asks, directly into the camera. "I am willing to get in trouble for my art."

Call it a self-fulfilling prophecy or another Gaga-ism akin to "living halfway between reality and fantasy at all times" or, most recently, "there can be 100 people in the room," but the source remains the same: a star unafraid of falling, shooting from The Bitter End to the Edge of Glory — and beyond.

Greg Mania is the author of the memoir Born to Be Public.