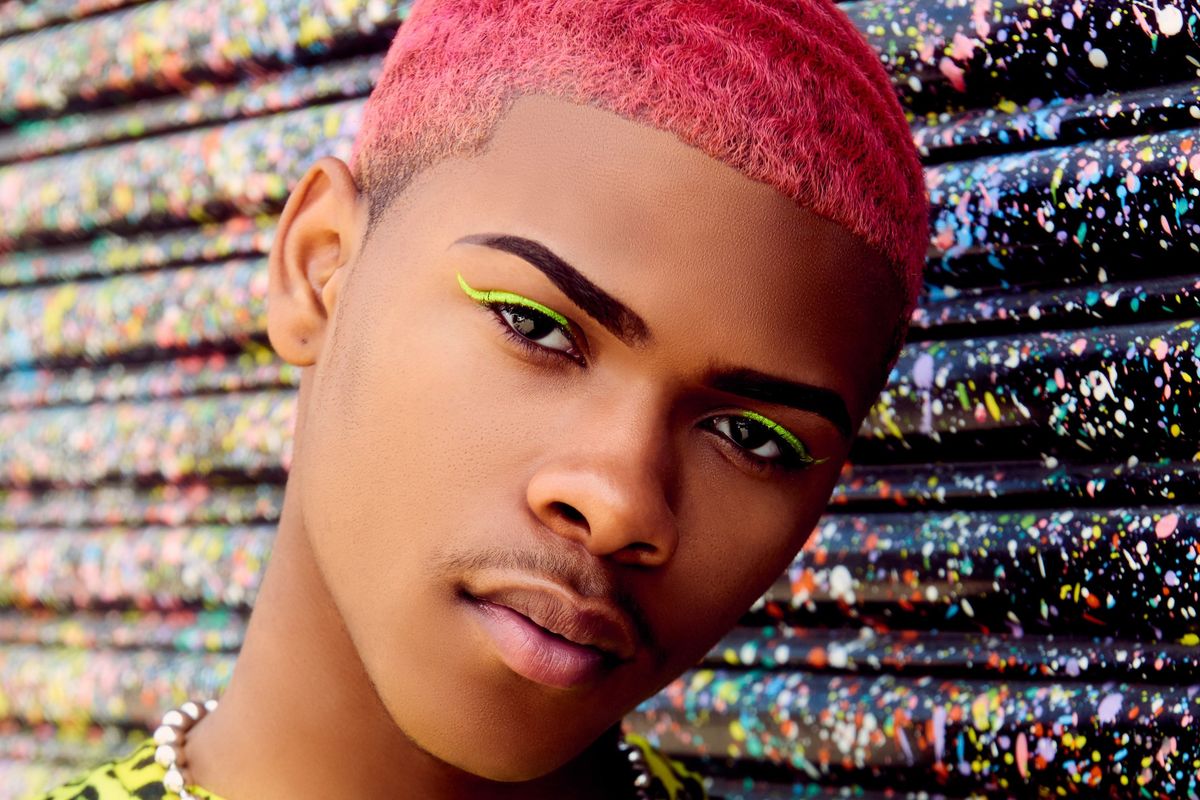 Chicago's teen rap sensation Kidd Kenn declares himself a "bougie fellow" on his latest single, providing a taste of what's to come from his imminent major-label debut. (He broke out last year with last year's independent release, Childish.) The song, a bonafide party banger which features fiery, playful flows about everything from Kenn's impenetrable crew to his ever-changing hair color will make the bass rattle in your trunk(s), period.

Post Malone's new album Hollywood's Bleeding comes stacked with A-list collabs with everyone from SZA to Ozzy Osborne. But on upbeat standouts like "Saint-​Tropez" the rap star flies solo on a funked-out trap beat. Lyrically, he's reveling in the lavish rockstar life he has acquired, with his characteristically irreverent sense of humor. You'll not soon forget lines like: "Versace boxers on my dick/ Bud Light runnin' through my piss."

In "Violence," Grimes and DJ/producer i_o craft a bouncy synthpop track that feels like equal parts Britney Spears club hit and PSA for toxic relationships and/or climate change. Grimes has always used pop has a vehicle of life's many nuances, which is smart because "Violence" offers a little something for everyone. When she playfully whispers, "I like it like that" atop descending arpeggios, she could be referring to her own masochism, whether that is in welcoming a partner's punishing distance or a world in ruin. Like Grimes' brand of pop, violence, too, takes on many forms.

From its cavalcade of thunderous drums, ominous washes of synthesizer, and lead singer Katie Gavin's powerfully emotive voice, "Never," from MUNA's sophomore release Saves the World, sounds poised to make superstars of the trio. It has the energy of an all-out stadium rager, even as Gavin sings, "I'll never sing again." The song's melancholy musings on resignation bode well for isolated listening, too, in case the bigger crowds MUNA will be playing aren't quite your thing.

This exists! Tove Lo, a Swedish pop priestess of brutal honesty, and Kylie Minogue, pop's reigning golden girl for the last 30 years, have joined forces. "Really Don't Like You," from Tove's upcoming Sunshine Kitty album takes the best of both artists singular styles and merges them together seamlessly. The song is about a man who is an all-around joy killer. The women find solace in each other's harmonies, atop a sexy, sparse club beat. You'll really like this one.

In "Hurts," alongside Louis the Child and Whethan, queer Iraqi-Syrian singer Wafia transmutes pain over a relationship's hardest moments into dancefloor bliss. The beat's synths squelch beneath her gentle coo. "We can use some silence over war," she says to her lover, finding strength in her honesty.When she sings, it's as if she's curling her notes around the space she needs to take for herself. Even if it hurts. Watch the video, also out today.

Sweden's own Skott returns with "Bloodhound," a hypnotic new release from her label, the excellently named Dollar Menu. The song and video, both out now, pay homage to her hometown, her newfound creative freedom, and yes, dogs and "missing" posters. The song is gleefully strange, and features an addictive scatted melody as a hook, with quirky instrumentals. With "Bloodhound," Skott is here to show us that rule only exist if we live by them.

Melanie Martinez returns with her first album in four years, K-12. It deepens familiar childlike themes first introduced on 2015's Cry Baby, starting with deceptively cute titles for the tracks. Fucked-up lyrics with sing-songy melodies have always been her thing, though. On "Strawberry Shortcake," Martinez sings about the burden of living beneath an oppressive male gaze. "No one told them not to grab," she warns on a minimal, twinkling arrangement. She goes through great pains to fit in: from hot wax shaving treatments to be watched closely. Femininity is monitored and policed at all ages, Martinez reminds listeners of its consequences.

King Princess' latest, "Ain't Together," is from her upcoming debut album Cheap Queen. She sings lyrics such as "We said I love you, but we ain't together," as if it's casual, but there are hints of bittersweet longing in her voice. Contrasting the mood set by her lyrics are steady drums by Father John Misty, upbeat guitars, and a peppy choral ensemble. On "Ain't Together," King Princess capitalizes on her strength at chronicling young, messy, complicated love.

Ayoni, a rising R&B singer from Barbados, releases her debut single "Divine" today. It boasts a catchy tropical rhythm, and she sings about sweet, sweet romance (with yourself). Summer's not over yet! You can still catch a bae (you’re the bae!) as you "watch these stars lie" and "put your head out the window to just catch some sunshine." At least, that's the hope Ayoni gives in her lyrics. Her voice is full of warmth and conviction. "Divine" is the result of her attracting what she desires by loving herself first. May you all feel inspired to do the same.