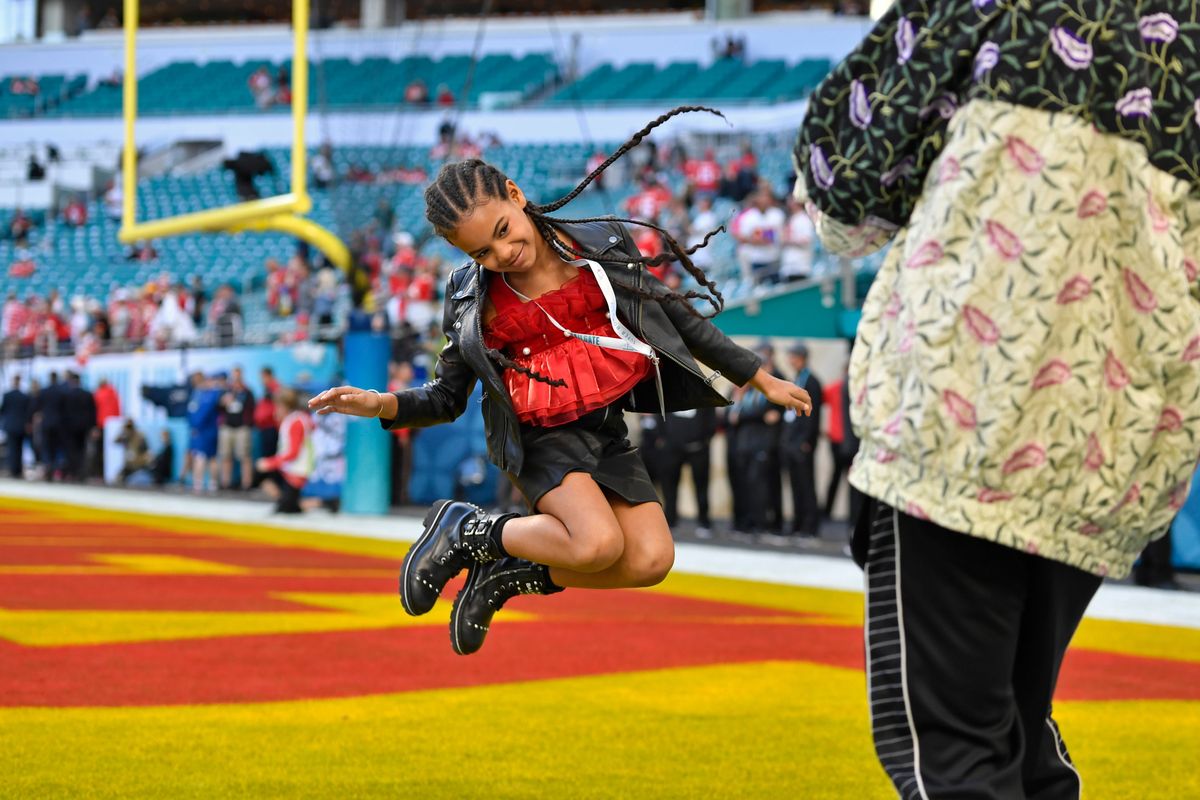 There's no denying that Blue Ivy is taking after her mama. At just eight years old, she's already proven herself to be an absolute icon. Now, she's won her very first NAACP Image Award.

Jay-Z and Beyoncé's eldest daughter has just won the category "Outstanding Duo, Group or Collaboration" along with her mom, SAINt JHN, and Wizkid for their hit song "Brown Skin Girl." Just last summer, the bop was a Hot 100 hit — another great achievement for young Blue. She also got her very first songwriting win last year for the song after it was given the Ashford & Simpson Songwriter's Award at the 2019 BET Soul Train Awards.

Tina Knowles-Lawson was proud, and eager to congratulate her granddaughter. "Congratulations BLUE IVY on your NAACP award last night for songing and writing on 'Brown Skin Girl' from the Album The Gift," she wrote. "The youngest artist to win a major award. Grandma is soo proud of you. 8 years old!!!! You are giving all the beautiful little brown girls a voice."

Tina Knowles’s Instagram profile post: “Congratulations BLUE IVY on your NAACP award last night for singing and writing on “Brown Skin Girl” from the Album The Gift. 👏🏾👏🏾The…”