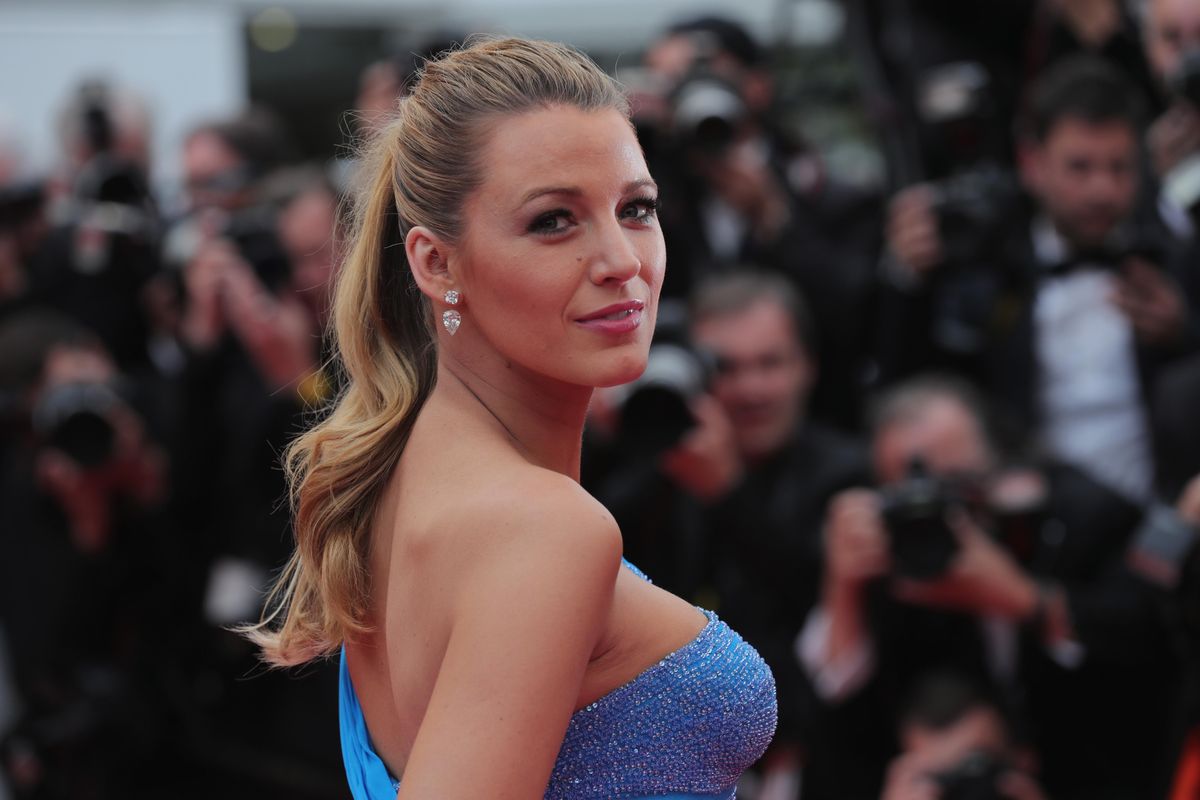 Blake Lively Just Came in Very, Very Hot on a Reporter Who Asked Her Who She's Wearing

Blake Lively has hard a complicated relationship with the media. When she was asked about starring in Woody-highly-dubious-past-Allen's film Cafe Society she said the director, who has been embroiled in a sexual abuse scandal for decades, "very empowering."

Last year the actress posted a picture of herself captioned with the Sir Mix-a-Lot "Baby Got Back" lyric "LA face with an Oakland booty", aside from being very self-congratulatory, this was considered problematic as Sir Mix-a-Lot wrote the song celebrating black women's bodies.

Surely, this kind of backlash can wear a gal thin and have one wary of being caught out again. This was perhaps the case when Lively attended the Variety Power of Women event, at which she was honored for combatting child pornography. Dressed in Brandon Maxwell (presumably for free to give the designer publicity), Lively was asked who she was wearing (presumably by a fashion publication). These are all assumptions, of course, but that's usually how the game goes.

In response, Lively regurgitated the mantra of #askhermore, asking the reporter if they would "ask a man that [question]."

"Really? At this event, you're asking me about my outfit?" Lively said. "Seriously...Would you ask a man that?"

Blake Lively popping off after someone asked her about fashion at #PowerOfWomen - "Are we really doing this? Would… https://t.co/1yV32SJ2fd
— Maeve McDermott (@Maeve McDermott)1492790904.0

While it's fair for women to expect deeper questions after years of red carpet double standards (there are, in fact, publications that have since banned "who are you wearing?") there's still a game to be played. Credit is should be given where credit is due, especially when it's to the people who are genuinely interested in that kind of thing. It was a heavy response to a likely unwitting journalist who was just doing their job.

Lively continued the social justice train in a conversation with Variety when asked what worries her as a woman.

She then advised how to bring about change: "We can't just retweet things. We have to actually do something about it. And I see that happening all around me and I see myself doing that, and that's powerful."