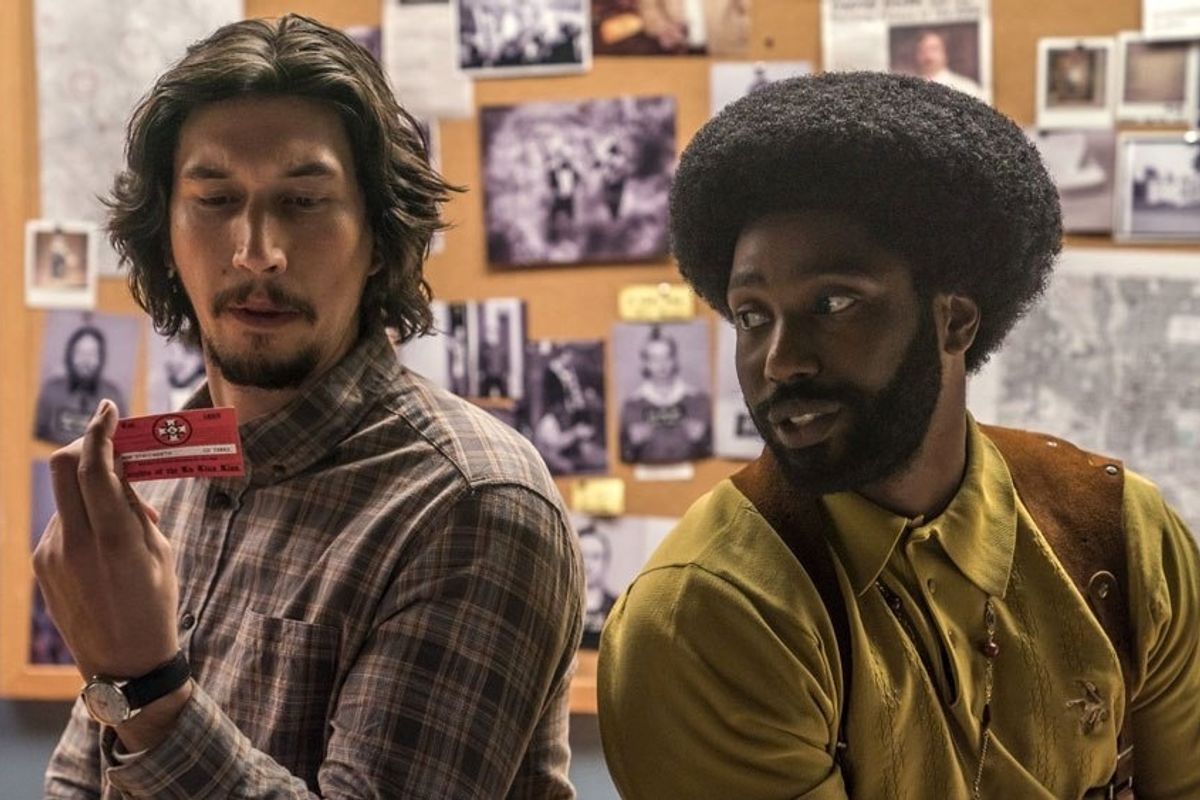 In case you missed it, Jordan Peele is running the world and blowing minds everywhere. We are still reeling from the impossible-to-categorize but Academy Award-winning Black Excellence that was last year's Get Out. While Peele is prepping his next big feature length for 2019, the Lupita Nyong'o-starring Us, he is producing the latest satirical comedy from Brooklyn's Finest, the acclaimed Spike Lee.

Lee's BlacKkKlansman debuted at Cannes Film Festival earlier this week as a Palme d'Or contender — the highest prize awarded at the festival. And it received a 10-minute standing ovation, so that's a good sign. A look at the trailer and plenty of high critical endorsement, and praise from stars ranging from Lenny Kravitz to Petra Nemcova only confirms that this movie is going to set shit on fire.

The gleefully twisted crime comedy is a feature-length adaptation of a Dave Chappelle skit that turned out to be a true story. BlacKkKlansman is a 1970s satire documenting the true story of Ron Stallsworth, the first Black detective to serve in the police force in Colorado Springs. Stallsworth manages to successfully infiltrate the corrupt racist systems of the local Ku Klux Klan chapter with a Jewish member of the police force, played by Adam Driver. The trailer shows the duo infiltrating KKK rallies, attending Black Panther meetings, and ends with "America First" — an imperialist phrase 45 has been known to say quite a bit lately.