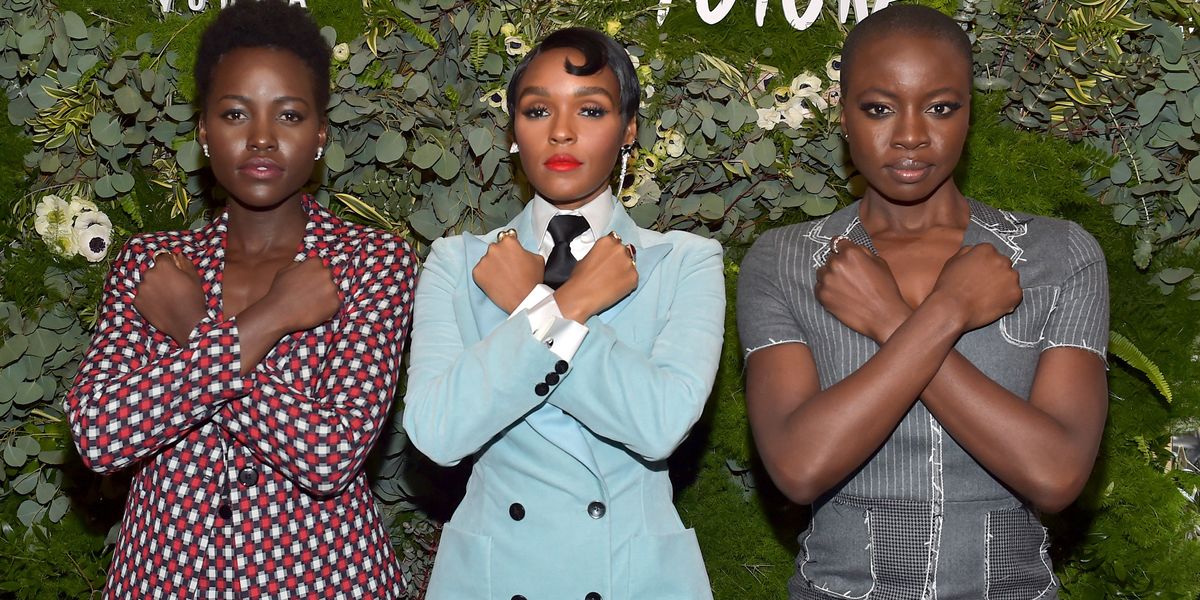 The 'Black Panther' Salute Has Become a Symbol For Black Power

Black Panther's profound impact is undeniable. The film has already made $1 billion in less than a month, and its stars have become among the most-coveted actors in Hollywood. In its historic wake, the "Wakanda forever" double-fist-crossed-chest salute, has also become a new symbol for Black Power.

It's pretty incredible to consider that a gesture designed for a Disney movie might be co-opted by and for the Black community, but in these times we're looking for expressions of solidarity wherever we can find them. The salute's popularity has been largely propelled by the Black Panther cast, who can be seen on various red carpets (even the Oscars) posing with fists across their chests.

Because the symbol doesn't connote an uprising, as with the Black Power fist, it's likely "Wakanda forever" could be more palatable to the mainstream (you'll remember #BoycottBeyoncé disappointingly became a thing after she and her dancers raised their fists at the Super Bowl). We might indeed see the salute make an appearance on the football field, because it has already been adopted by Black athletes, such as tennis pro Gael Monfils.