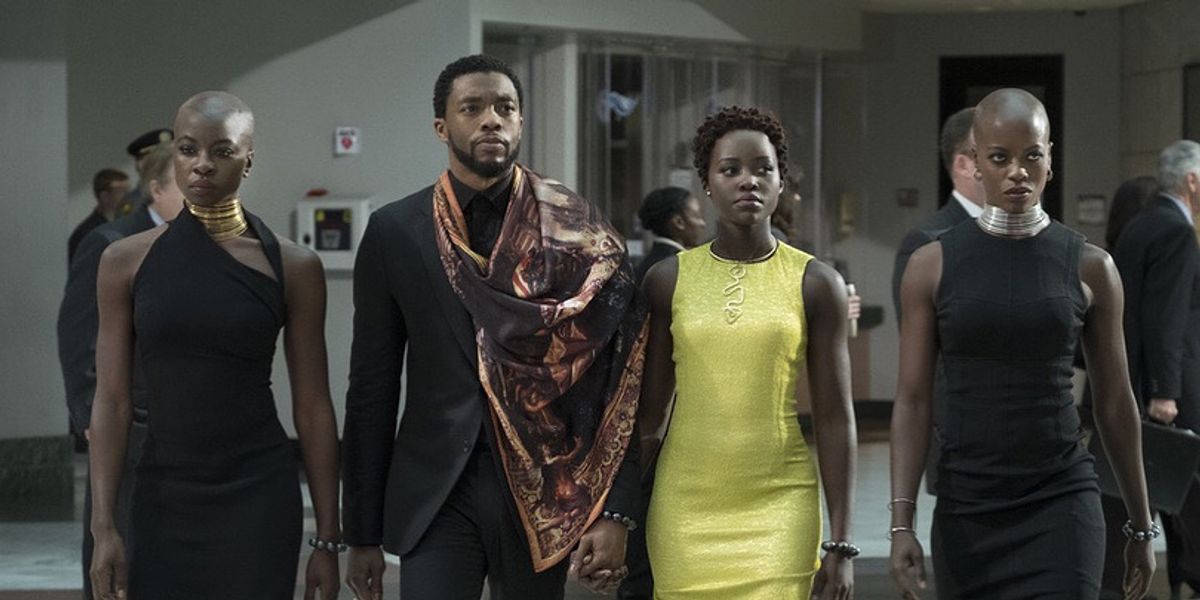 It's been five weeks since Black Panther's box-office premiere, and the film still holds its place at the top of local charts. This puts it at a tie with Avatar (2010), which also holds a five consecutive weekend record at the top of the U.S. box-office.

But while the North American reception of Tomb Raider was a bit disappointing, the movie has made greater waves internationally. Warner's domestic distribution chief Jeff Goldstein tells The Hollywood Reporter, "I really hoped we would do more than $25 million domestically, but the fact that we were No. 1 globally is terrific news. We always viewed this as an international play."

Still, Black Panther continues to make history. Bloomberg reports that the film has made No.16 in all-time sales, and took in $30 million this weekend, bringing its global cumulative revenue to $1.8 billion.