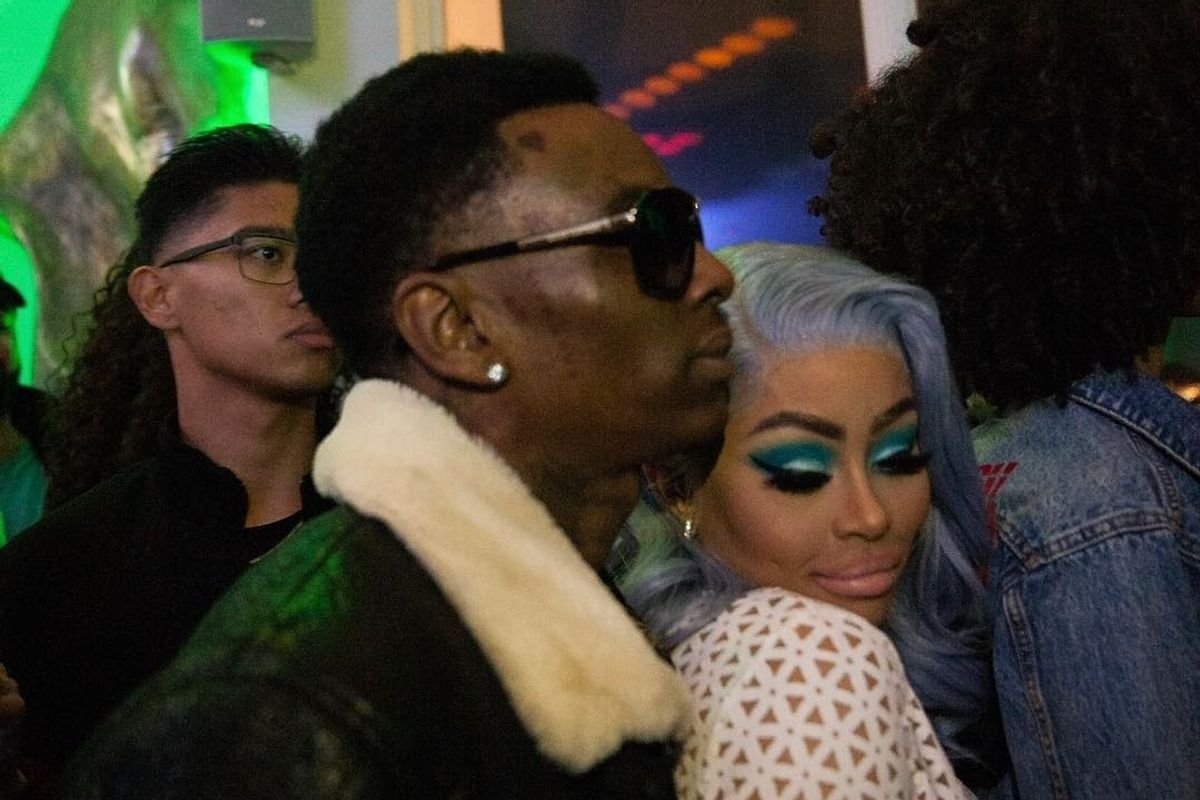 Love Is Real: Blac Chyna and Soulja Boy Are Dating

Sometimes celebrities and their PR teams come up with romantic pairings so perfect, so slickly strategized, that you believe in love again in spite of yourself. Example: Blac Chyna and Soulja Boy, who are reportedly dating, supposedly after one slid into the DMs of the other. Valentine's Day is saved.

TMZ reports the two have been seeing each other for about a week, but things are moving fast. After flirting over Instagram, they reportedly met for the first time in person at Sean Kingston's L.A penthouse. Sean Kingston, one of the most romantic musicians of the aughts! It is fun to imagine them being serenaded by "Beautiful Girls," or perhaps "Me Love."

The couple, described by TMZ as "inseparable," have been spotted around Los Angeles, attending a Grammys party together and getting their nails done. It's a fresh start for both of them: Chyna recently broke up with Kid Buu, following a violent altercation in a Hawaii hotel room that saw police get involved. Soulja has been single for a while, presumably focusing his energies on an online store that stocks fake gaming devices and smartphones imported direct from China and Russia. (Chyna has also dabbled in the world of retail, and controversy — selling skin lightening cream to a primarily Nigerian market).

Soulja has confirmed the relationship on Instagram, and even coined an official couple name:

Whether you're single or in a relationship, try and channel some DrakoChyna energy tomorrow. Love is real!