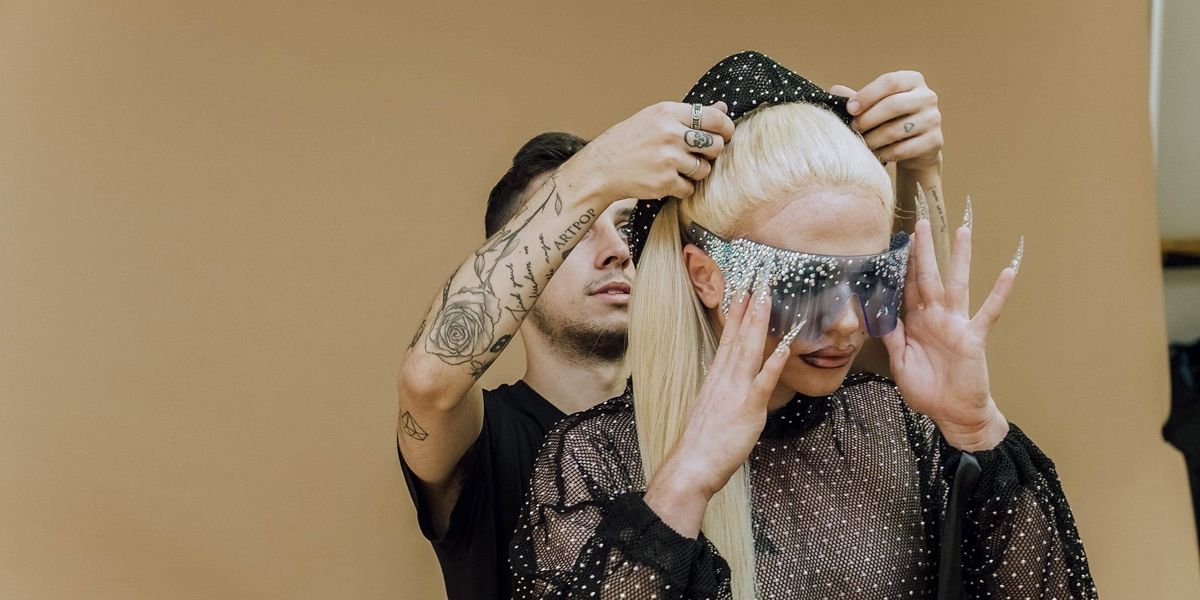 Before RuPaul's Drag Race UK aired, London designer Dylan Joel asked Bimini Bon Boulash to model his Spring 2021 collection. "I knew about Bimini in east London as they was the dancer that everyone was talking about, so I knew I had to ask them to model for me," Joel tells PAPER of the September shoot. "The clothes really worked so well on Bimini."

Related | How Bimini Made Acne a Fashion Statement

The result is a campy fashion film — directed and shot by Daniel Groundland — that features another dancer named Celeesi and a clubby soundtrack by DJ Jodie Harsh. Both Bimini and Celeesi wear Joel's over-the-top looks, which the independent designer describe as "androgynous" with elements of "womenswear and menswear," and queer references to pop culture.

Related | Welcome to the Nicky Dollhouse

The decision to include Harsh's music came "after many years going to her club nights and seeing her perform," Joel says. "I love Jodie's tracks and really felt they matched the energy of the pieces. I also love working with fellow queer artists. There is so many voices that need to be heard and many I would love to work with to create more art."

Joel, who's originally from Glasgow, Scotland, studied fashion design with a focus on womenswear at London College of Fashion. There, he was selected as a "Rising Star" at the Barclays Entrepreneur Awards in 2020. Having previously worked with names like Gareth Pugh and David Koma, he's since broken out on his own and already dressed names like Melanie C.

Behind the scenes photos courtesy of Dylan Joel