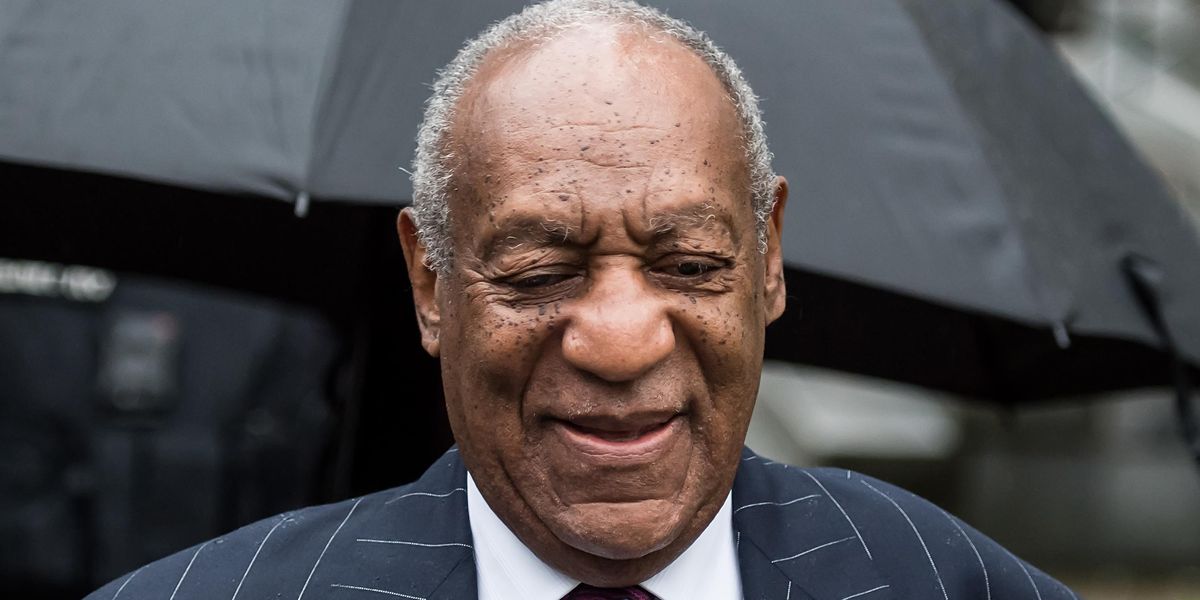 Bill Cosby Has Been... Released From Prison?

Sexual assault survivors and #MeToo advocates are protesting the prison release of Bill Cosby this afternoon. The Pennsylvania Supreme Court has overturned the actor and comedian's sexual assault conviction and allowed him to walk free after three years behind bars.

Cosby's release comes after judges found that he should never have been charged with sexual assault in the first place, due to a non-prosecution agreement made in 2005. A retrial is therefore impossible.

Pennsylvania prosecutor Bruce Castor (who would go on to defend Donald Trump during his impeachment trial) struck a deal with Cosby that he would not be criminally prosecuted for sexual assault, in return for Cosby providing testimony in a civil case brought forward by one of his most high-profile alleged victims, former basketball player Andrea Costand.

I don't want to hear anything about how cancel culture ruined men's lives during the MeToo era reckoning for women… https://t.co/5pRJ5ASrJ9
— Amber Tamblyn (@Amber Tamblyn)1625075023.0

The Pennsylvania Supreme Court therefore found that Cosby's due process rights were violated when the criminal case was reopened in 2015, and he was eventually convicted in 2018.

The Supreme Court ruling shouldn't be understood as a comment on whether or not Cosby actually committed sexual assault. In fact, there's overwhelming evidence that he did. During the aforementioned civil case led by Costand, Cosby literally admitted to drugging women with quaaludes in order to have sex with them. Costand won the suit, and received a $3.38 million settlement from Cosby. Overall more than 40 other alleged victims have come forward with deeply disturbing stories about their experiences with him.

Related | Survivors of Abuse Are Speaking Out With #MeToo

Cosby's accusers and other #MeToo advocates have expressed devastation and surprise over the verdict. Cosby accuser Patricia Steuer, who says the comedian drugged and assaulted her twice in the 1970s and 1980s, told the New York Times that she was worried about the precedent that has just been set. "This is going to have ramifications for any woman who has ever come forward about a man who did this to them or any person who is thinking about coming forward," she told reporters.

FINALLY!!!! A terrible wrong is being righted- a miscarriage of justice is corrected! https://t.co/NrGUdwr23c
— Phylicia Rashad (@Phylicia Rashad)1625074252.0

Cosby does have a few allies, including including his Cosby Show costar Phylicia Rashad, who tweeted that his release had "corrected" a miscarriage of justice.