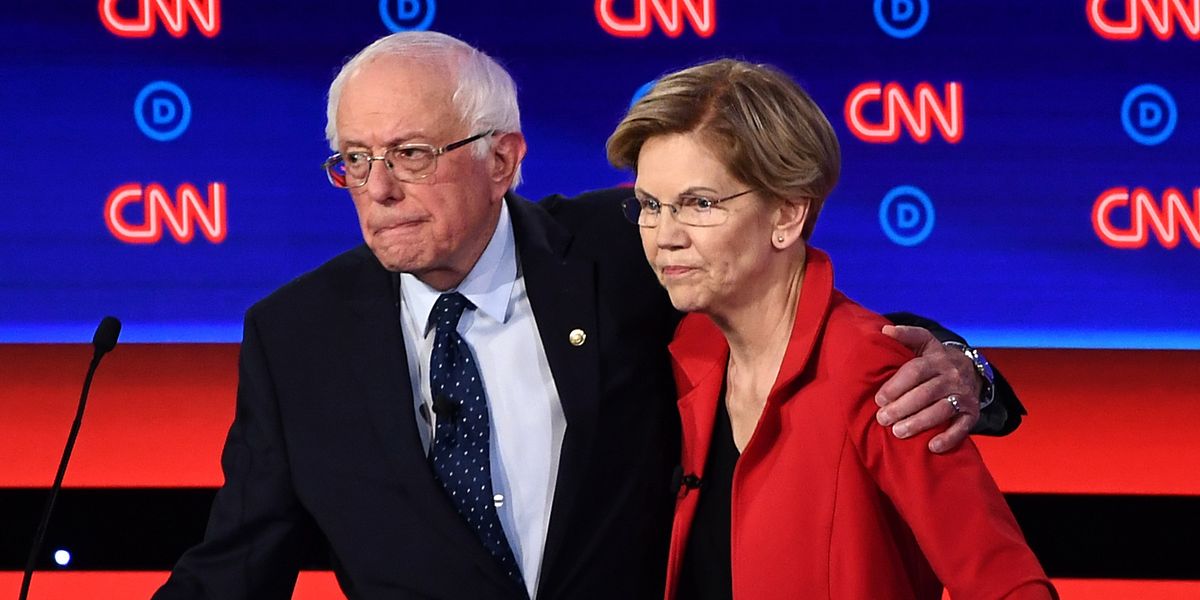 Despite the self-fulfilling prophecy that Joe Biden is the "frontrunner" in the 2020 democratic primary, Bernie Sanders and Elizabeth Warren surged ahead in a poll this week according to New York Times, tying the former vice president for the leading candidate.

As of this week, by Monmouth's numbers, Sanders and Warren each have 20 percent support among Democratic voters, while Biden with 19 percent. Voters in the poll were asked whom they would support among 23 Democratic candidates.

Biden's support, which at times seems less about his policies or character but perhaps rather resignation that he is the most likely candidate to win the primary and the general election, declined from the 32 percent he enjoyed in Monmouth's June poll.

Another poll released last week by the Economist supported the Monmouth results, showing Biden with 22 percent support, Sanders with 19 percent and Warren with 18 percent.

Maybe we're finally getting to a place where voters are thinking about whose policies they actually support, as opposed to trying to play the strategy chess game of "likability" and "electability" that delivered us Donald Trump in 2016. Hooray!