Fat and All That: Beth Ditto Talks About Being Calvin Klein's Fat Underwear Model

This week Calvin Klein released their new #MyCalvins underwear campaign, starring a parade of today's sexiest stars: Bella Hadid, Naomi Campbell, Diplo, Odell Beckham, Jr., Matthew Noszka and Beth Ditto primp and prance around in their undies. Ditto isn't the first plus size model to appear in a Calvin campaign. The singer Chika appeared in an underwear ad for the brand earlier this year, and size 10 model Myla Dalbesio has also posed in her Calvins. Still, having a self-proclaimed fat girl like Ditto in this marquee campaign from the ultimate underwear brand is a big deal for body positivity. We caught up with Ditto on her tour bus to find out how she felt about showing off for us in her skivvies.

What did you think when they first reached out to you for this campaign?

My first thought was probably something like, "Are you sure?" Followed by my excitement and then by doubt. I was so sure it would fall through! I am very superstitious. I do not count my chickens before they hatch — not even AFTER they hatch! So, I held my breath. Even after the shoot I was just sure they would change their minds! 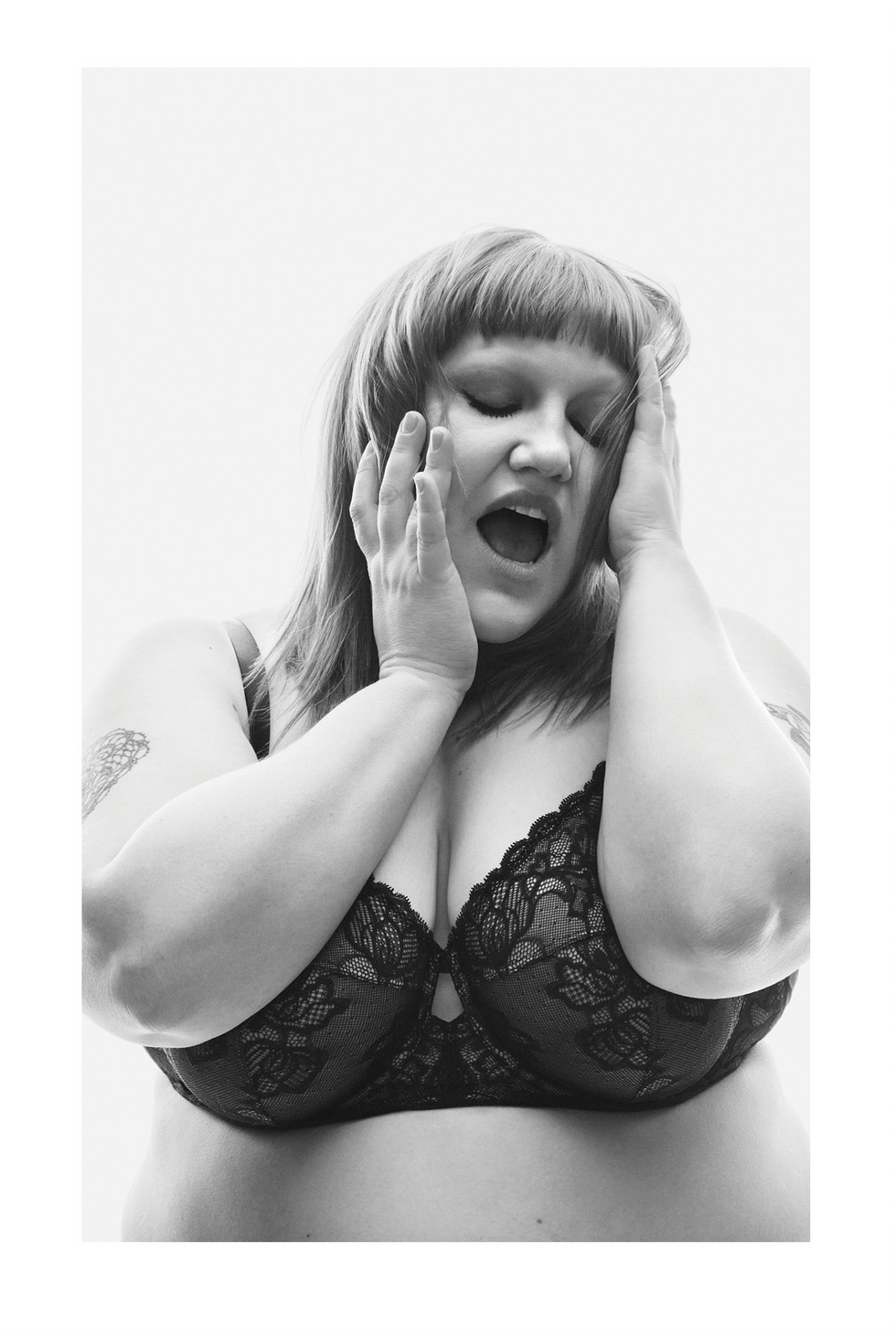 Did you ever have any larger sized role models growing up?

My fat (by the way: f-a-t, only 3 letters, not four. It is not offensive so please do not be afraid to use it!) role models were few. But they were there. I consider one of my strongest attributes to be my ability to seek out the cool, the empowering, the weird, the moving, the creative, what have you. No matter what lemons life gave me I would be swimming in lemonade before I knew it. So lucky to have that super power. Though they were few and far between I managed to dig deep.

Starting first with my earliest role model, Miss Piggy. So ahead of her time. Of course Mama Cass, Big Mama Thornton, Deborah Lyall of Romeo Void, Griselda, Allison Moyet, Divine. The list goes on. It's funny because I feel society thinks fat people in the public eye is this new concept, but really, we were always there. Just not necessarily participating where we could be seen choosing nonconformity. I think the point of body positivity is lost on people within the scene as well as outside. It's not always about being a fame machine. Though that's okay, too! Work it y'all! To me it's about ending the search for outside validation.

"I feel society thinks fat people in the public eye is this new concept, but really, we were always there. Just not necessarily participating where we could be seen choosing nonconformity."

I'm so practical. All black usually. Not many frills. I like a classic and simple silhouette. When lingerie is too complicated it gets in the way of my sexy!

What do you consider your sexiest feature?

[laughs] My sexiest feature? My skin? I think. I am always told how good my skin feels. Even by masseuses. I shave my legs every single day. I moisturize like a maniac. Buffalo Bill would've picked me. That's how soft my skin is.