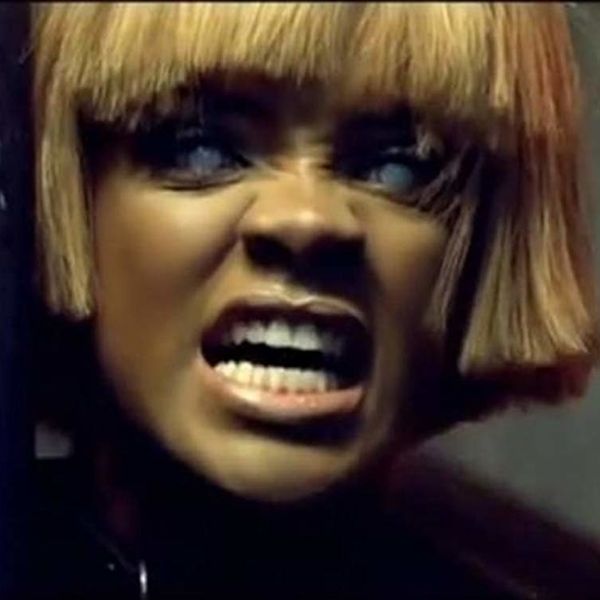 The Chicest, Freakiest Music Videos to Watch This Halloween

Music videos have always had a special relationship with the horror genre.

Their rapid-fire visual feast format plus the fact that they don't have to make any sense renders them the perfect canvases for horrific artistry. For decades, musicians and directors have channeled their most sinister musings, freakiest curiosities and spookiest nostalgia into three-five minute clips for our bemusement. Some pair songs that actually explore fear and violence with visuals of blood and gore, while others — just as the best horror movies do — put horror iconography against lonely love songs and violent heartbreak tracks, using it as metaphor for the anxieties of our daily lives.

And the archives are rich. So this Halloween, we have searched the internet far and wide to curate a collection of all the best visuals to emerge from that passionate, ongoing love affair between the music video and the horror movie — and pulled apart their cinematic mood boards. It's by no means a complete collection. Given that these aesthetics have been ubiquitous since the days of "Thriller" and we've passed over (some of) the more obvious selections (Manson, Ozzy, Aphex, etc.) in favor of the chicest and freakiest. Queue them up on YouTube for a projection power-medley to get everyone in a spooky mood at your Halloween party, or just settle in for some late-night binging and revel in the camp and gore.

Obviously the Good Girl Gone Bad track and song of the summer '08 is hardly a forgotten gem (I mean... "bum-bum-be-dum-bum-bum-be-dum-bum," and her monster screams pre-dated My Beautiful Dark Twisted Fantasy) but it never hurts to revisit this iconic look in which Rihanna gets locked in slew of claustrophobic escape scenarios, while a cast of haunted house characters flip between torturing her and worshipping her as the queen. Tarantulas, fishnets, pupil-less contacts, asymmetrical hair, it's a spooky and delicious horror medley.

Mitski's Puberty 2 epic about her volatile relationship with happiness — which she anthropomorphizes as a lover — was transformed into a gory neo-noir thriller by Maegan Houang. The scene: a 1950's Asian-American housewife is exhausted by her army husband's callousness and infidelities, particularly with idealized, all-American white women. She confronts him, he buys her gifts to make up for it but she can't forgive. The twist? Our femme fatale-to-be goes into the basement one day to discover her straight-laced husband hacking at a lithe blonde corpse. But as he lunges to strangle her, she finds the axe and chops his jugular just in time. Misandrist, intersectional girl power at it's finest.

There are so many potential contributions in the catalogue of England's weirdest pop queen (she's serenades us a ghoul/angel in "Wuthering Heights.") But Kate Bush's spookiest and campiest is probably the Nazi-Frankenstein mash-up devised for "Experiment IV" off of her 1986 The Whole Story. A military mad scientist experiments on pregnant women, tortures straight-jacketed men, performs a reverse-exorcism gone-wrong, but the demonic ghost escapes, frees the patients and slaughters the evil scientists.

In the video for "Holy," off her 2015 debut Immaculate Conception, witchy songstress Zolita explores a queer relationship under the confines of a dystopian patriarchal boarding school in a Handmaid's Tale meets Gossip Girl mini-thriller. The badass pop witch founds a queer feminist cult with her classmates, for which Zolita's ultimately punished with death after a narc reports her and her girlfriend's steamy encounters. The video's creepy proctored dance lessons and stunning cinematography inspire a supernatural effect, and also serves as a reminder that the persecution queer women isn't just the plot of a horror movie.

Related | Zolita Is Having the Best Pride Month Ever

Before he left this miserable world, Bowie gifted us with his 2016 album Black Star and this morbid, magical realistic visual for "Lazarus." With buttons for eyes and electrocuted hair, Bowie clutches his hospital bed blankets, levitating off a hospital bed ascending into spiritual rapture, while a ghoulish, sickly figure hides beneath the bed. He scribbles manically at a desk, dances robotically in a nostalgic pin-striped jumpsuit, and eventually retreats into a dark wardrobe. It's a stunning but genuinely terrifying self-epitaph that contemplates Bowie's impending death, and can get lost in thought about their own mortality.

Alright, not chic but freaky. I bet you forgot about this sexually charged sci-fi B-film created for Kanye's remix of Katy Perry's 2010 frat banger. The rapper raps about alien sex, including gem lines like: "I'm tryna bathe my ape in your milky way," "Imma disrobe/ then I'm gonna probe you" while flexing in a spaceship above a wasted planet earth. Spooky! An prom-dressed alien who flails around the galaxy turns out to be Princess Amidala-inspired Perry, who later heads to earth to seduce an apocalyptic robot that morphs into a cute boy after a kiss. She transforms again into a deer-satyr-girl and the pair walk off into the sunset. The filler visuals that break up Katy and Kanye's verses are also shockingly reminiscent of the DNA-morphed landscape of Annihilation. While it might not frighten you (except with the bad lyrics) it probably the only moment that Katy Perry's been ahead of her time.

Vibes: True Blood, The Beguiled, Interview With A Vampire

Indie rocker Michelle Zauner stars in this feminist, comedic revision of the women-falls-in-love-with-the-monster romance trope for her dreamy tearjerker. She and her furry, skull-faced boyfriend smoke cigs in bed together, eat gas station ramen, get high, fight, break-up and make-up. But usually these flicks are #MeToo questionable Stockholm stories in which women are in love with abusers/captors and everyone dies tragically, or women eventually leave their creatures for hotter (non-monster) dudes. Neither happens in "Road Head." Instead, Zauner brings her her monstrous boyfriend out to the woods, shoots him with a shotgun and burns his body, walking away un-phased, with blood on her face, smoking a cigarette.

"I Fink U Freaky" by Die Antwoord

There's truly never been anything like the South African freak-rap-rave duo's horrifying and strangely enchanting 2012 black and white video "I Fink You Freaky." What is the most horrifying scene in the dance-fest in a burnt-out warehouse? The dirty kids in body-horror prosthetics, the cluster of drugged-out raver-succubi gyrating, the cockroach crawling out of a fried egg, the dead lion, or just when the elf-hipster lead singer Yo Landi sings deadpan while sitting in a bathtub: "I fink you freaky and I like you a lot" over and over again? You pick.

MGMT's electro-pop ode to youthful innocence "Kids" has a disturbing lucid dream of a music video to go along with it, which is basically a PSA to kids that life is scary, weird and terrible. It stars freak-folker Joanna Newsom as the negligent mother of a blonde toddler is tormented by monsters that no one else can see. Low-budget, paper-mâché monsters claw at him in his crib, and later as mom's distracted on the phone, the tot wanders through a Walking Dead-filled suburban downtown. It also quirkily misattributes a Nietzsche quote to Mark Twain, occasionally cuts to the band in metallic silver spandex and glam rock makeup, and devolves into a psychedelic animated sequence of hot-dogs and puppets. After criticism for putting a child actor in potentially traumatizing situations, the band released a BTS video "The Making of Kids" showing the tyke laughing and shaking hands with the monsters.

The youngest and final installment in the list is queer LA pop auteur Chester Lockhart's gay-as-hell visual for his cover of Nina Simone's classic. It's two and a half minutes of spooky, stylish queer erotica, with Lockhart as suave vamp butler, devil seductress, mummy dom and much more.

Related | Chester Lockhart Wants You to Have a Very Gay Halloween