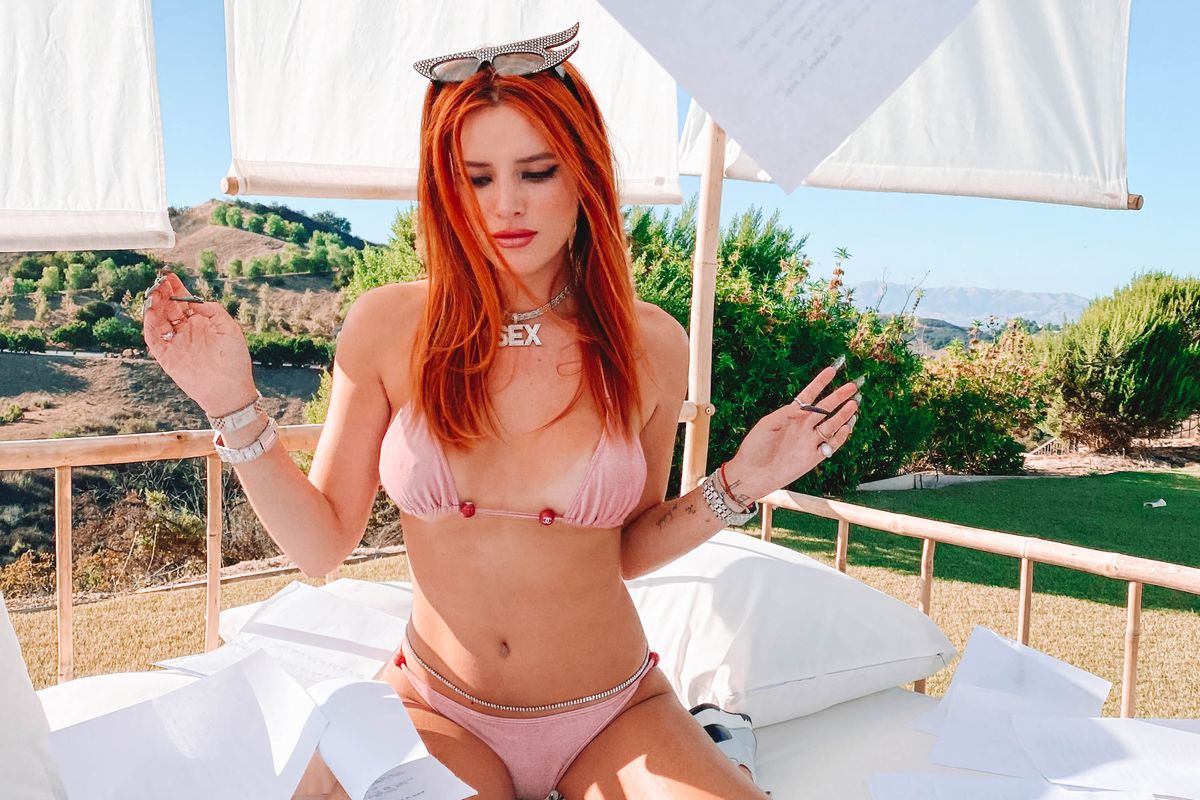 To answer your next question, subscribing to Thorne's OnlyFans will cost $20 per month, and she's expecting to draw a lot of attention. ("With safe estimates earning Bella $1 million a month," a press release predicts.)

Thorne's selfies are already incredibly popular on Instagram, but her pivot to a subscription-based business model speaks to the general shift by influencers away from social networking and towards paid content. As well as monetizing her posts, she also hopes to bypass Instagram's strict censorship policies by using a service that's popular among adult entertainers for imposing few content restrictions.

"OnlyFans is the first platform where I can fully control my image; without censorship, without judgement, and without being bullied online for being me," she tells PAPER.

She also told us a little more about her upcoming movie, to be directed by Sean Baker, known for Tangerine and The Florida Project. She's a "huge fan" of Baker's work, and says that she shares "the same vision of the movie being a conversation starter for many important topics."

Thorne, who famously leaked her own nudes when threatened by a hacker, is a strong advocate for women owning their sexuality — as well as their financial freedom. A self-confessed "wannabe mogul," it's no surprise that she's turning to OnlyFans, which is currently peaking in popularity thanks to a shout out in Megan Thee Stallion and Beyonce's "Savage" remix and has supposedly netted its creators more than $725 million in profits so far.

Whether she plans to share bikini pics or selfies or poems, we're in. Subscribe to Bella Thorne on OnlyFans right here.