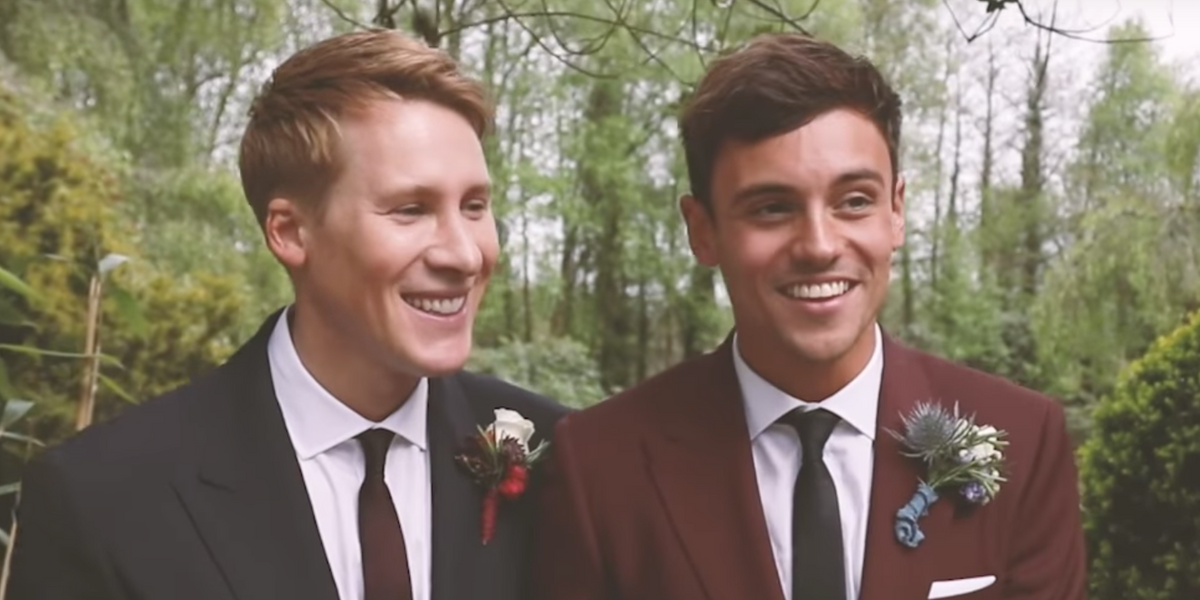 A wise man once made the astute declaration that legalizing gay marriage was the best thing the government could do in order to save the economy. I mean, who would throw a grander soiree than two gay men? Exactly.

Tom Daley, the diver you might know for winning a bronze medal at the 2012 Olympics, and Dustin Lance Black, the screenwriter/director/producer you might know for winning an Oscar in 2008, tied the knot in June and, though the ceremony was much less publicized than, say, Kanye West's marriage to Kim Kardashian, it was no less spectacular. A recent video of the special occasion proves as much.

There are some things every wedding needs, and Dom Tustin's (a couple name I have just now assigned to them) had it all and more. The location was picturesque, in some heavily wooded area that engulfed a palatial kingdom fit for a queen—or, in this case, two kings. Both grooms looked amazing, with Black in a traditional tuxedo and Daley in a slightly more daring burgundy number. And then there's the reception, which was, of course, spent underneath a full fireworks display.

Other than a gorgeous backing track that plays throughout the video's duration, the sound is limited to vocal overlays of the couple professing their love for one another. Black talks about finding someone who would "naturally be my best friend," while Daley admits to falling in love with Black after the first few minutes they ever talked. Altogether, it works in that perfect way that makes you want to die because you know you'll never be that perfect or happy or in love.

Grab a box of tissues before you watch the whole thing. It's guaranteed to bring you to tears.