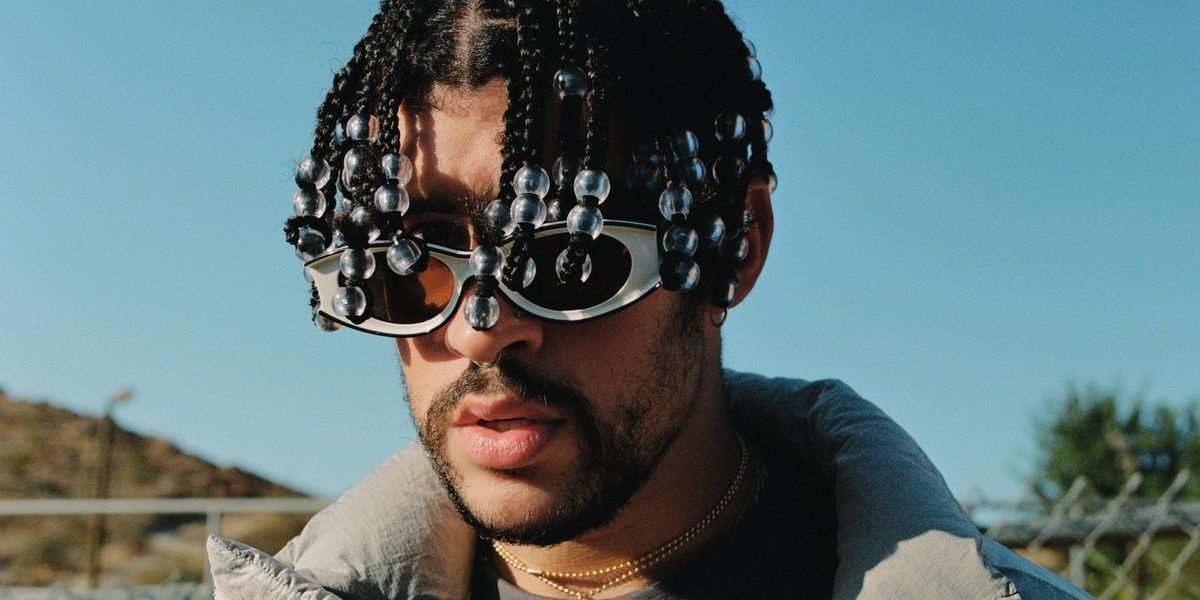 Bad Bunny keeps on truckin'. On Black Friday (Nov. 27), the Puerto Rican superstar did a surprise drop of his third album this year, El Último Tour Del Mundo, or "The Last Tour of the World." And after dabbling in rock influences on his previous releases, he fully swerves into his alternative sad boy lane on this one.

Benito Antonio Martínez Ocasio, better known as Bad Bunny, alarmed fans at the beginning of the year by hinting at an early retirement on his blockbuster YHLQMDLG, which is Spanish short-hand for "I Do What I Want." On the closer "<3," he said he would release one more album before retiring at the end of the year. Benito dropped a fan-demanded album of song outtakes that didn't make YHLQMDLG and his debut album, 2018's X100 pre, in May under the title Las Que No Iban a Salir, or "The Ones That Were Not Coming Out." Fans weren't sure at first if that was the final album.

In October, Bad Bunny returned with fellow Boricua artist Jhay Cortez and their futuristic collaboration "Dákiti." At the end of the music video, a big rig truck speeds by with the message: "El Último Tour Del Mundo." Was this the beginning of the end for Benito or something to be taken with a grain of salt like one of Cher's farewell tours? Fortunately, it's the latter, as he's said this is a concept album of how he would view his final tour in the year 2032. On the cover is the "Dákiti" big rig raring to go.

El Último Tour Del Mundo is the formal follow-up to Bad Bunny's YHLQMDLG, which broke the record for the highest charting fully Spanish album on the Billboard 200 chart, peaking at number two. With early estimates saying Mundo could take the top spot on the chart in a historic maneuver, his latest album feels like a victory lap. Whether or not that happens, Benito is still enjoying doing what he wants. The Piscean artist is in his feelings and embracing his emo side on this departure from his perreo, or "twerk,"-heavy releases.

Come hitch a ride on Bad Bunny's El Último Tour Del Mundo and check out eight of our favorite moments on the album.

From Dákiti Beach to the World

Bad Bunny and Jhay Cortez have the No. 1 song in the world with "Dákiti." Their collaboration spends a third week at the top of Billboard's Global 200 chart that pulls streaming data from 200 territories, including the US. The song named after Dákiti Beach in San Juan, Puerto Rico is one of the few reggaeton bangers on El Último Tour Del Mundo. "[Bad Bunny] was the best candidate for that song," Cortez told PAPER. "It was a song that needed huge exposure to have enough reach, and who better than Bad Bunny, who is number one right now."

Whereas YHLQMDLG was packed with collaborations, Bad Bunny limited the feature artists this time on El Último Tour Del Mundo. Fortunately the dream team-up of Benito with Spanish pop star Rosalía became a reality on "La Noche de Anoche," or "The Night of Last Night." Their chemistry is off the charts as the two artists pine for each other as "papi" and "mami." Rosalía's hypnotic vocals compliment the heartache in Bad Bunny's croon. The slow-burn reggaeton track is a hot-and-heavy moment on the album.

In the album's sole crossover moment and final collaboration, Bad Bunny teams up with Queens-born singer-songwriter Abra. On "Sorry Papi," he tries to get at Abra with the finest compliments, but she lets him know in Spanish that she's not looking for a man. Abra's magic touch translates over well on this '80s-inspired, alternative bop. "Come fuck up my feelings," Bad Bunny offers in Spanish. This is a nice follow-up to his perreo-de-résistance "Yo Perreo Sola," or "I Twerk Alone," as he continues to big-up independent women and give them the respect they deserve.

Like Nirvana meets Bad Bunny's Latin trap roots, "Yo Visto Así," or "I Dress Like This" is one of the album's most amped-up moments. Benito has caused a commotion in the past for his gender fluid style. He's painted his fingernails and worn dresses (like the time he paid tribute to murdered transgender woman Alexa Negrón Luciano), and for the people who standout like himself, there's now this empowering anthem. The music video directed by his YHLQMDLG collaborator Stillz sees Bad Bunny embrace his skater boi side at the skate park. Later he strikes a pose with many celebrities like Puerto Rico superstar Ricky Martin, Colombian actress Sofía Vergara, and reggaeton power players like Karol G and Sech. It becomes a family affair when Benito's little bro Bernie Martínez Ocasio joins the shoot.

Bad Bunny channels the icons of rock en español past throughout much of the album, but he's drawn the most comparisons to Argentine outfit Soda Stereo on "Trellas," or "Stars." Much like the band's signature atmospheric rock edge, Benito seemingly explores that sound with a Latin trap twist. It's the album's most psychedelic moment as he describes kissing an alien and having sex with Martians. Bad Bunny appears to reference the song "Un Millón de Años Luz" by the Gustavo Cerati-led group in the lyrics.

If "Trellas" is Bad Bunny's Soda Stereo moment, then "Maldita Pobreza," or "Damned Poverty," is his salute to another Argentine rock band, Enanitos Verdes. His Latin trap sound meets the immediate and sunny guitars typically found in Enanitos Verdes and Mexican band Maná's early hits. An angst-driven El Conejo Malo (Bad Bunny in Spanish) moans about not having enough money to shower his girlfriend with gifts. He says he doesn't even have enough for a beer. The Enanitos Verdes comparison is not that far off as Benito's collaborated with the group's frontman Marciano Cantero on "Un Peso" from his joint album Oasis with Colombian reggaetonero J Balvin.

Bad Bunny wrote most of the songs on El Último Tour Del Mundo by himself. Having become a go-to collaborator in Latin music, here he proves that he can do bad all by himself. On one of the very few reggaeton tracks on the album, "Te Mudaste," or "You Moved," Benito shines solo as he cries out for a lover that's got him hung up. With great detail, he recollects the steamy moments they shared together. Not only is Bad Bunny the master of moving the body with his danceable songs but also the heart with his emotional lyrics.

A surprising moment on Bad Bunny's El Último Tour Del Mundo is closing out the album with the Boricua Christmas standard "Cantares de Navidad" by Trio Vegabajeño. This is not a cover, but it's the actual version recorded by the group in the '60s. Benito has always made sure to celebrate his Puerto Rican culture. It's his way of wishing his fans a Feliz Navidad, especially after the "maldito año nuevo," or "damn new year," he predicted at the top of 2020 on "Si Veo a Tu Mamá."