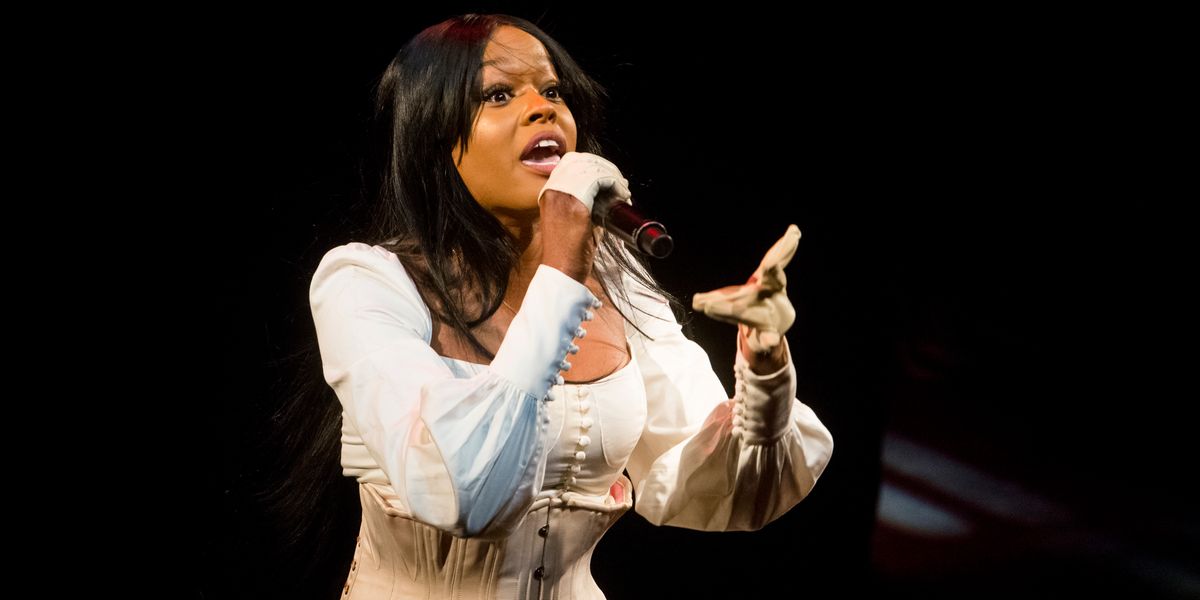 In between writing songs about executing Elon Musk and crafting some Pulitzer-level text disses, Azealia Banks has also apparently been trying to break into the acting. And her possible big break? A spot on Euphoria season two.

Earlier this week, Banks took to her Instagram story to share that she had "just sent an audition tape in" for the HBO show's casting call, which is open to all — regardless of acting experience — until January 27.

Azealia Banks says she sent in an audition tape for HBO’s “Euphoria” on Instagram. pic.twitter.com/DM3fMEk8sj

And while she didn't reveal which of the four new characters she went out for, Banks is probably trying out to be "Ami" — a drug addict stripper who hates her boyfriend, as well as someone who "talks shit," "can't read a room," and "can make a bad situation worse."

That said, the other roles that Euphoria is searching for also include a "working class" good guy named Ray, a "mischievous" "outsider" named Darian, and a 50-something year-old white woman named Serena, "who partied her whole life and attended every White Snake concert."

Interested? Applying is easy enough. Just fill out the casting agency's Google Doc, submit your photos, and upload an audition/interview video to be considered.

And who knows? Maybe you'll end up facing off against Banks for the role of Ami in the near future – or, at the very least, have a great story to tell.