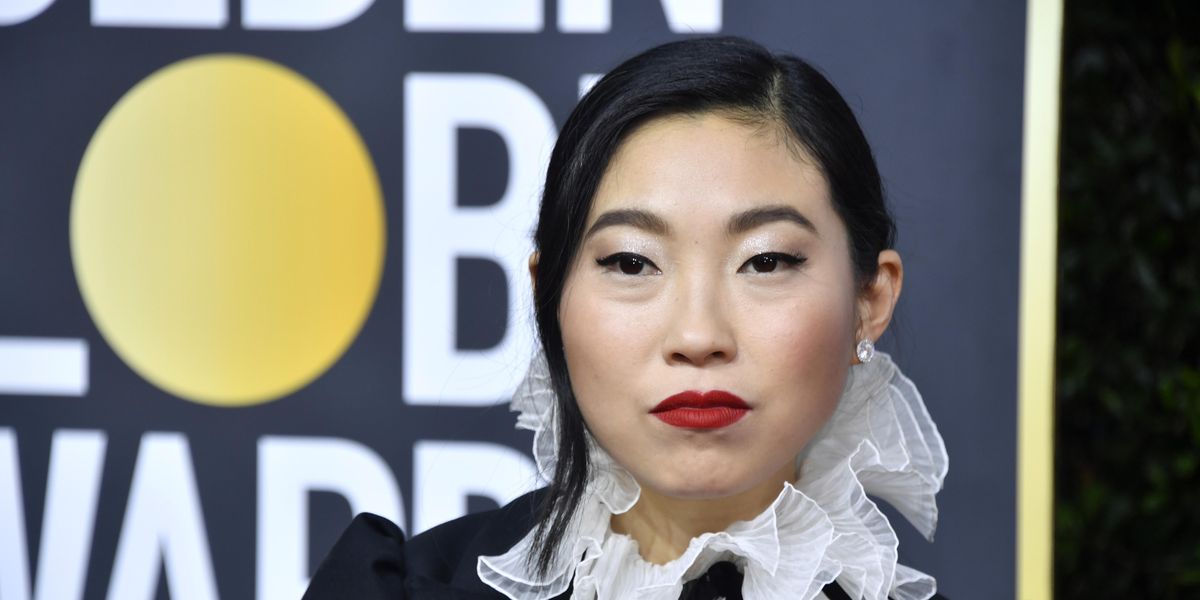 Awkwafina is coming under fire for her old comments about refusing to do Asian accents.

In case you forgot, the actress and comedian's past use of a Blaccent has been a topic of discussion ever since she went viral in 2012 for her "My Vag" music video. However, while she's gone on to star in Hollywood blockbusters, critically acclaimed films and an upcoming Marvel flick since then, her quotes from a Vice interview from 2017 reignited the conversation once again.

"I refuse to do [Asian] accents," Awkwafina said when asked about what roles she refused to take.

"I'm not OK with someone writing the Asian experience for an Asian character," she went on to explain. "I make it very clear, I don't ever go out for auditions where I feel like I'm making a minstrel out of our people."

Expectedly, the internet didn't take kindly to her "hypocritical" take, with critics arguing that Asian Americans like Awkwafina and Eddie Huang were "perfect examples of how Asians are rewarded with social and financial success by white society for appropriating Black culture."

"awkwafina is so strange for saying this," another said. "In one instance you don't want Asian ppl do be stereotyped in film which is great but then you go on make a mockery of what you depict a blaccent despite having a normal speaking voice? It just doesn't add up."

Awkwafina (and Eddie Huang, etc) are perfect examples of how Asians are rewarded with social and financial success by white society for appropriating Black culture. At the same time whitewashing the Asian immigrant experience and hiding uncomfortable truths abt anti-Blackness https://t.co/GTY0tAVj41

And though some fans acknowledge the validity of the critique, they also wondered whether "the accent is just a product of her environment." Granted, as user @HoodSocialism noted, Awkwafina grew up in Forest Hills — a neighborhood in Queens, New York where 2% of the population is Black — meaning that her "forced Blaccent [wasn't] a product of her environment. Not only that, but @HoodSocialism also went on to point out that the actress' use of "forced stereotypical Blaccents is a form of minstreley," rather than "code switching" as others commenters said.

After all, as a second person explained, "Non black people defending awkwafina saying it's code switching, you can't code switch from a dialect that isn't yours."

Awkwafina grew up in Forest Hills & there's not a lot of Black people in that area. So how is that forced Blaccent a product of her environment when the people in her environment don't even talk that way?? pic.twitter.com/KbMjtLVcAN

This is why surface representation is tricky and dangerous. I’ve seen the tweets; this is not code switching. Code switching would be her using an accent from her own culture which she refuses to do. So, why is it so easy to mock Blackness? One reason, it’s an easy come up. 🤷🏽‍♂️ https://t.co/WzJqLcKbRM

Meanwhile, other people raised their eyebrows at her use of the word "minstrel," seeing as how the term is a reference to the minstrel shows — which were performed by white people in Blackface — that specifically perpetuated racist stereotypes and anti-Black rhetoric.

But she made a minstrel out of Black people until she was popular enough to make money being “Nora.” 😵‍💫 https://t.co/lBRLtY4l9e

awkwafina won't do accents but will drop rap songs in a "blaccent" and won't apologize for using it for fame. got it

So, just "make a minstrel" out of Black folks instead? Oh.

Awkwafina, however, has yet to respond to the backlash.