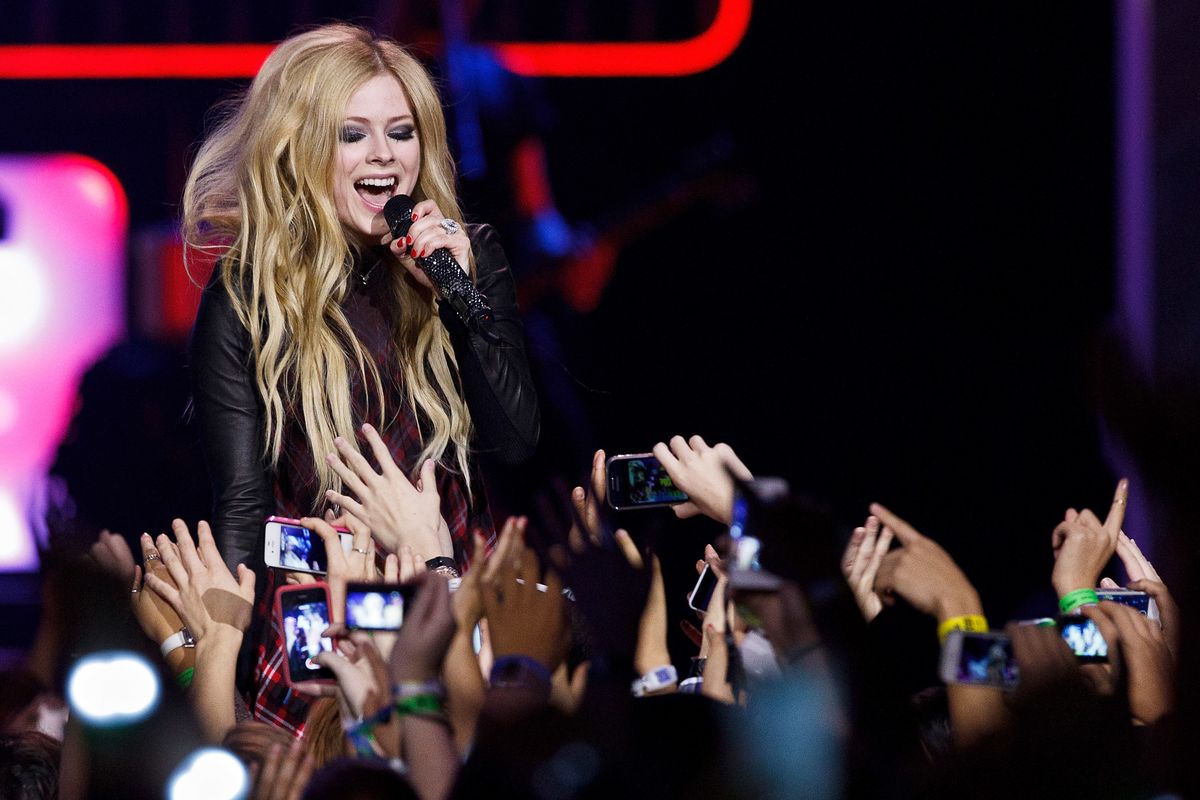 Avril Lavigne Is Coming Back with a New Music Video

It's only a matter of time before the "Sk8er Boi" singer makes her big comeback! Avril Lavigne has been updating fans and followers on Twitter about her next project set to drop next month. Last week, she tweeted a photo of herself with the caption, "I can't wait for September. chilling this weekend and prepping for my video shoot this week ! Fuck yasssss."

I can’t wait for September 🌈💖🎼✨⭐️🌟💫chilling this weekend and prepping for my video shoot this week ! Fuck yasssss pic.twitter.com/gEng2zh5GF

And on Wednesday, the iconic Candadian singer-songwriter teased with some behind-the-scenes videos and pics with director Elliot Lester, who directed Selena Gomez's"Tell Me Something I Don't Know" music video and Hillary Duff's "Why Not." But the most eye-catching video post shows Avril dancing in front of a green screen, trying to keep a straight face. It's been a while since we've seen her like this!

We're all dying to see what this epic comeback is going to be like, especially since she's working on the project with her sister, Michelle Lavigne. She tweeted a photo with her sis on Thursday, saying "TTeam Lavigne #sister #werebackatitagain #iloveyou."

Avril's last album was a self-titled project released back in 2013. Since then, she's lived away from the world stage spotlight for the most part, except for joining Taylor Swift onstage for the 1989 World Tour in 2015.