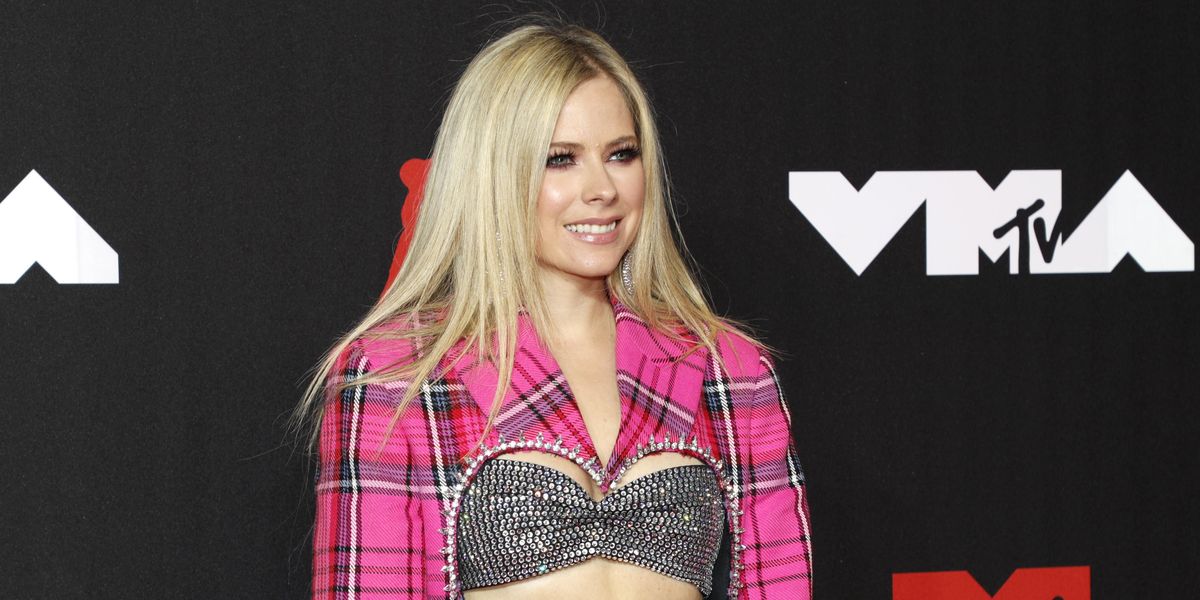 Twitter's buzzing over Avril Lavigne's appearance at the 2021 VMAs for an unexpected reason.

During the awards pre-show, the star was seen walking down the red carpet with boyfriend Mod Sun in a bedazzled bra and hot pink plaid suit. However, Lavigne's first red carpet appearance in two years also came as a surprise to many viewers, some of whom decided to use it as an opportunity to bring up the internet's favorite conspiracy theory. Yeah, we're talking about the Avril Lavigne's doppelgänger thing.

In case you don't remember, Lavigne's disappearance from the public eye left diehard fans wondering where their pop punk princess went. So to fill the void in their hearts, a fan blog called "Avril Is Dead" presented a viral theory about the musician falling into a deep depression after the release of her 2002 breakout album, Let Go, and being found dead in her home.

Naturally, this led to accusations of a cover-up, which was explored in-depth by the fan page. Presenting evidence that studied the moles and blemishes distinguishing Lavigne from her supposed clone, "Melissa Vandella," the theory spiraled from there and became the subject of YouTube explainers that claimed the "fake Avril" had "flubbed" interviews the "real Avril" should've nailed.

Fast forward to Lavigne's latest public outing and it wasn't a surprise that a number of people began furiously tweeting about the conspiracy, especially after MTV decided to put quotation marks around her name.

"Avril Lavigne" in quotes because we all know that's Melissa pic.twitter.com/K2paxxCFBJ

Not to mention a ton of references to Melissa's perceived inability to do an interview.

See what else people are saying about "Melissa," below.

Avril Lavigne on the VMAS…or is it her double, Melissa??? #vmas

The thought of Avril Lavigne conspiracy about her death and being replaced sounds ridiculous but every time I see a new pic of her, a part of me is like “are you Melissa?”

this doppelganger must have won a lookalike contest and they told her she would be replacing the real one since the real Avril has been missing for years.

Luv ya but what is this Melissa? pic.twitter.com/VpIspzOnuN