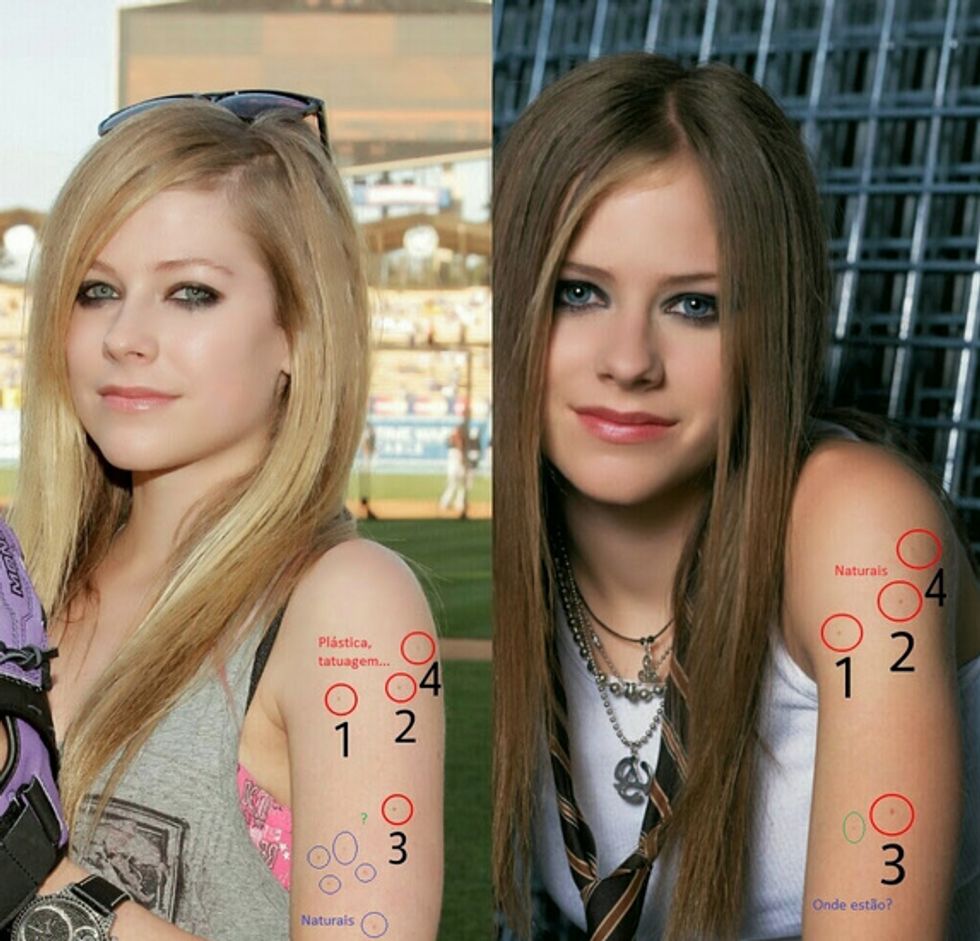 By Sandra Song
PAPERMAG
What happened to you, Avril Lavigne?
Once the postergirl for mall-rat rebels everywhere, Avril was a verifiable superstar in the early-aughts with seminal sing-a-longs Ã  la "Sk8r Boi" and "Complicated" -- however her star has fallen in recent years after a slew of terrible, kawaii-appropriation stunts, a foray into the world of sugar-rush EDM and, uh, Chad Kroger.
Well, according to a Noisey deep dive, some Avril fans in Brazil (specifically the "Avril Is Dead" Blogspot) have apparently come up with an explanation, because the real Avril Lavigne died immediately after the release of her debut album and was replaced by a doppelganger named Melissa Vandella.
As the conspiracy goes, after the immense success of 2002's pop-punk gem Let Go, Avril fell into a deep depression (spurred by the death of her grandfather and the pressure of fame), and was found dead at home -- with everyone in the know keeping hush-hush about the situation. And the proof? Well the absence and appearance of various moles and blemishes, duh.
Not convinced? One of the theorists created this video featuring footage of "fake Avril" "flubbing" an interview about being a clone. Translated title? "Proves that Avril lied in the interview - This is a look-alike of the original Avril." Case closed, y'all. R.I.P. Avril.
[h/t Noisey]