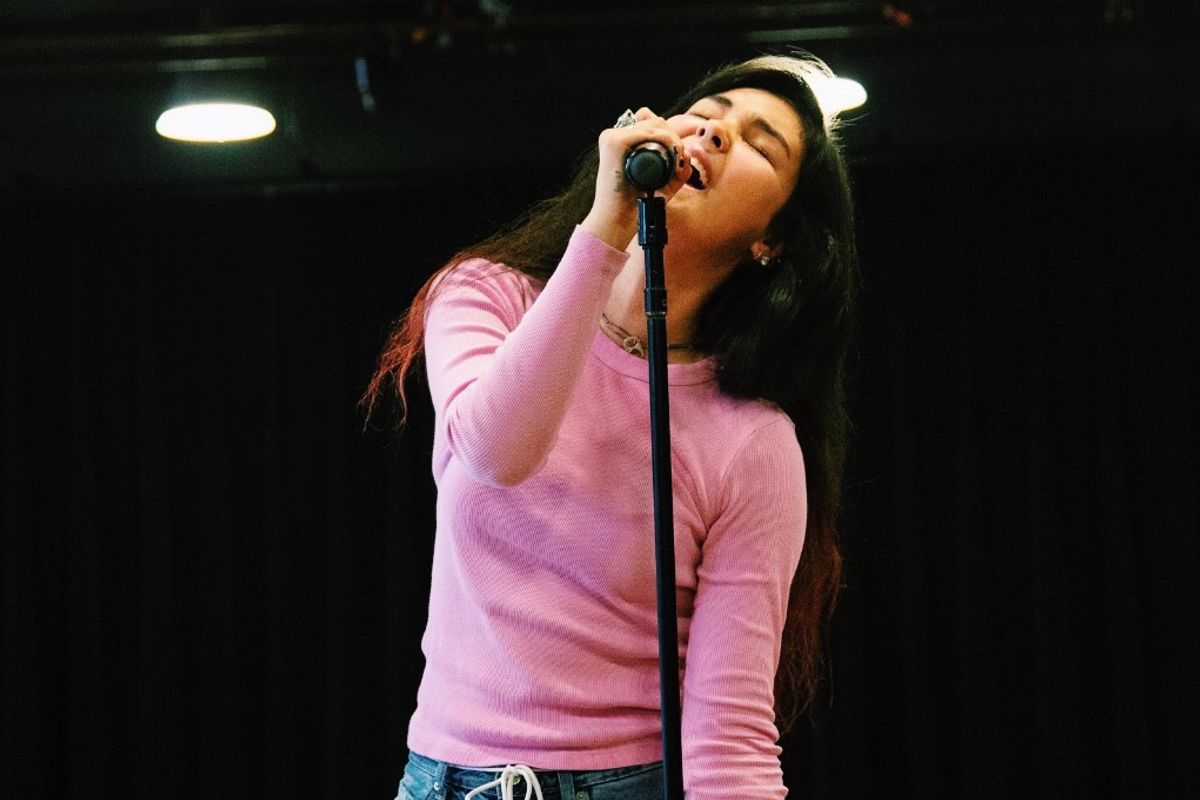 The majority of Audrey MiKa's fans found her on YouTube, where her covers of Ariana Grande and Billie Eilish have captured attention and earned her channel tens of millions of views and more than a million subscribers. Her unique recording methods like using a toy microphone, have gained her praise for originality in an otherwise endless void of similar song covers. MiKa's passion is songwriting, though, and she's somehow found the time to put out a wealth of original content in addition to her hit covers.

MiKa's first full-length project, Are We There Yet, came out in September 2018, and was quickly followed by her second, Level Up, in February 2019. The latter, recorded entirely on GarageBand, is anchored in traditionally bedroom-pop styles, like low-passed frequencies and tinny backing kits. MiKa brings a theatricality to the project, though, that unwinds the DIY narrative and puts her songs in conversation with the best of the current Top 40 pop and R&B landscapes. "Freestyle Like Jhene Aiko but Def Not As Good" is a great example of her playfulness that's not yet been muddled by major label trappings, in addition to showcasing five-star vocals — bird chirps and all.

Before she starts playing on your radio, PAPER sat down with the rising star to get her take on her recording and writing process so far. From meeting Billie Eilish to writing new material and approaching her new fanbase, Audrey MiKa is here to tell all.

I am, as many others are, a fan of your covers. That's how I found your original stuff! Can you talk to me about that transition from doing covers to writing all this new material?

I've been writing for longer than I've been doing YouTube, and Are We There Yet was way before. I don't know if you listened to that project, was that on Spotify?

That one I wrote before I even started uploading covers consistently, and that was kind of right after I quit dance. I was dancing.

No. I mean, kind of, but I had been dancing for 14 years before that and I quit that January, and it was the best decision of my life. I kind of regretted it for a month and I was like, "Wait, no." I get to make so much more music and I got a dog, too, named Kazoo. In the fall of 2018, I met [Amisha, manager] on Halloween, actually. We met through her sister and didn't really hit it off for a while. We started doing music together, and she was coming to a meeting in January with this production company. We thought that they were sketchy, but they were just starting out and they just wanted to help. She was like, "You know, what they were saying was like, really unfair. You don't know what you're doing, so let me be your manager."

The director that we were meeting with, he said that he was going to send some of my music to a producer guy who was in the music industry. He came back and there was this whole list of critiques. He was like, "She sounds like a basic white girl," and, "She needs to start posting consistently, and she needs more original content." I was like, "I'm not going to be a basic white girl!"[Laughs] Literally that next week, I started uploading twice a week and I haven't missed a day for a while. Then I started with the covers. I started doing the edits and just having fun with it, you know? In February, [Amisha and I] started getting emails and calls. We got our first label meeting and they weren't interested yet. We were like, "Why won't you sign us today?" It was awesome though; it was a really great weekend.

Literally it was just like [explosion noise], and still is. We just started to go to LA a lot and now we just decided to move in together, like two months after being friends. Finally we like each other now, I guess.

We just got our apartment in LA.

So now everything has kind of picked up. I've even seen you've done a bunch of live shows, too, your fanbase is building. What kind of things have you really tried to hone in on in your artistry that you think your fanbase has really responded to and grown with?

I think they just love when I mess up. They also just love me being myself and being weird. You know, in the song "Y U Gotta Be Like That," I'm like "Ew, no," in the song. Also my fanbase is really young and they're girls and they just want to have fun. I think when they respond, it's me being as authentic as I can and literally not caring at all or about anyone. I think that inspires them to do what they want to do and to not really care about what everyone says.

I think authenticity is the biggest driver for careers now. People know if it's fabricated; even on YouTube, they can tell if it's being manufactured at all. How do you feel about the DIY label of "bedroom-pop?" You've come from filming videos in your bedroom using creative methods, like with the fan in "xanny."

No one has heard my new music, so I don't think that label can be on it for my songs. I don't have anything against that label. I think it's a perfect representation sometimes. It's natural and organic and it seems like something that you would just turn on in your room, or something in the shower. It's relaxing music.

It's authentic, most of all. What kind of sounds have you been interested in exploring now in this post-cover world you're navigating?

Well, Level Up, I made that album on GarageBand, which is like the lowest, lowest software you could use. So being able to get in with producers has really opened my mind to so many things. It's just been cleaner sounds and a nice bass, a good 808. Little trills that aren't in GarageBand, or vocal production. That is one of my favorite things about recording, is the vocal production, and what the engineers and the producers can do with that, you can't really do that in GarageBand. So that's definitely something that I love to do.

It's so interesting to see the transformation that goes on, as an artist grows into their own. I saw that you also met Billie, someone you cover on YouTube quite often. What was that experience like?

We met Billie first at Coachella. We were in the section, and she was talking to a friend and we weren't far apart. She pointed me out in front of the crowd and she was like, "Yo, get your ass over here." She said, "Hello, you're beautiful, your voice is beautiful, and I love you." I was like "WHAT?" She already knew who I was. It was just crazy how in all this madness she's like—

"Oh, there's someone I know"

I know! It was insane.