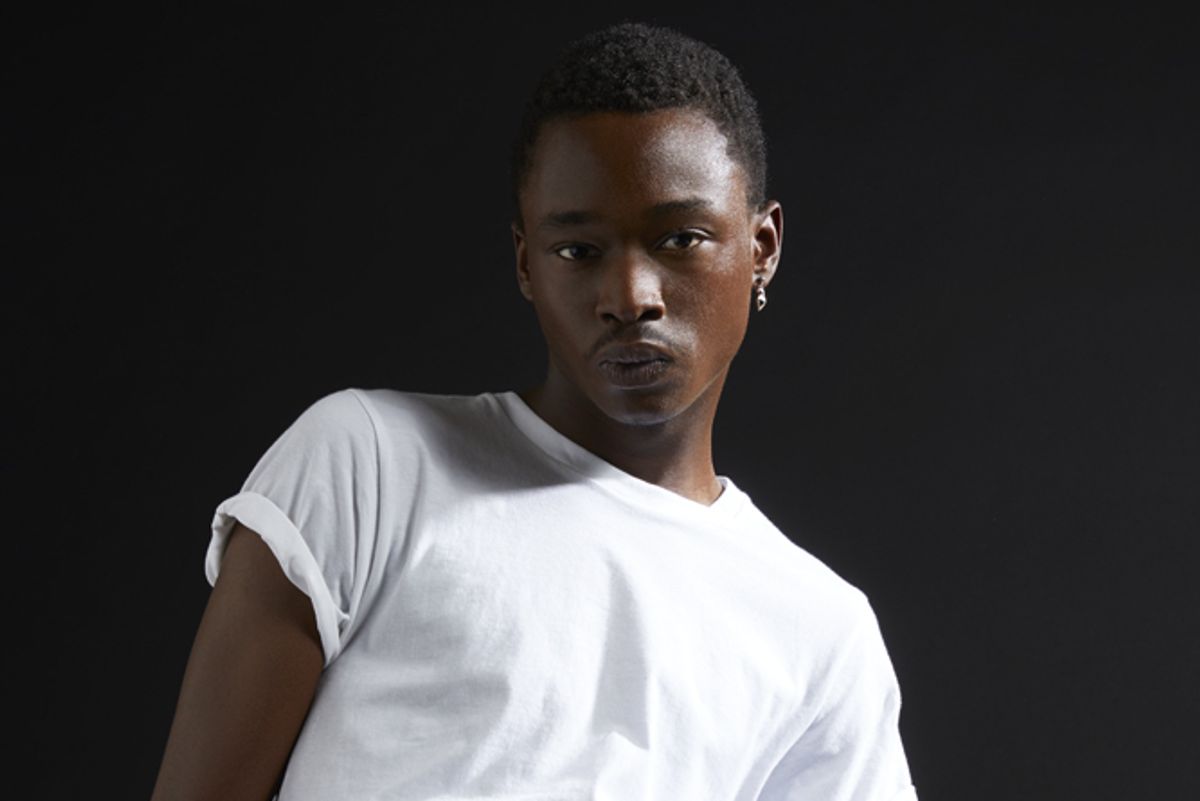 Ashton Sanders Steps Out of "Moonlight" and Into the Spotlight

When we speak on the phone, Ashton Sanders is holed up in a hip hotel off Chicago's famed Michigan Avenue. It's his temporary home while he's there shooting Captive State, out August 2018, a dystopic thriller about life in the near-future after aliens have conquered parts of Earth. It marks a return to Chicago for Sanders who, one year ago, was just another college kid attending DePaul University. In the extraordinary twelve months in between his two Windy City residencies, Sanders catapulted to fame as one of the stars of Moonlight, Barry Jenkins' beautifully composed and quietly powerful film based on a play by Tarell Alvin McCraney. As Chiron, a young man growing up and understanding his sexuality while navigating a tumultuous relationship with his crack-addicted mother and the challenges of living in the poor, drug-ridden Liberty City neighborhood of Miami, Sanders gave a stunning performance that likely played no small part in landing Moonlight the Best Picture Oscar. (About that infamous Oscars ceremony and its flub seen around the world, Sanders says he reacted pretty much like the rest of us watching from home: "I was a crazy man. I hopped over the seats. I was in disbelief.")

Though that Oscars night may have served as a dramatic ending to Moonlight's whirlwind rise, it was only the beginning for the 21-year-old actor. Along with landing more film roles like his part in Captive State, Sanders has also caught the eye of the fashion world. The day after the Oscars, Calvin Klein launched an underwear campaign starring Sanders and his Moonlight co-stars Mahershala Ali, Trevante Rhodes and Alex R. Hibbert. Of working with the brand's new creative director Raf Simons, he says, "Immediately we clicked" and Simons is "one of my biggest fashion inspos." For many, the same could be said of him. Whether it was the Calvin Klein leather jacket and pants paired with a yellow turtleneck he wore to this year's Met Gala or the sienna-colored Dickies workwear jacket he threw over a matching suit and accessorized with kids' section sunglasses during fashion week, Sanders takes interesting risks and brings a distinct point of view. And his interest isn't incidental. "I love fashion. I think it is art within itself," he says, adding that he has a growing interest in designing clothes and has even created a few pieces. But any more serious forays may have to wait — there are too many great things happening too quickly to do it all.

And with the speed at which everything has been changing, it can be hard to pause and take it all in. But every now and then, Sanders says a jolt will hit him and cause him to reflect on all this new excitement. Seeing his Calvin Klein campaign on posters while driving through LA was one such instance. "That's when it really hit me, and it was the 'wow' moment," he says. "Like, wow, wow. Wow life."