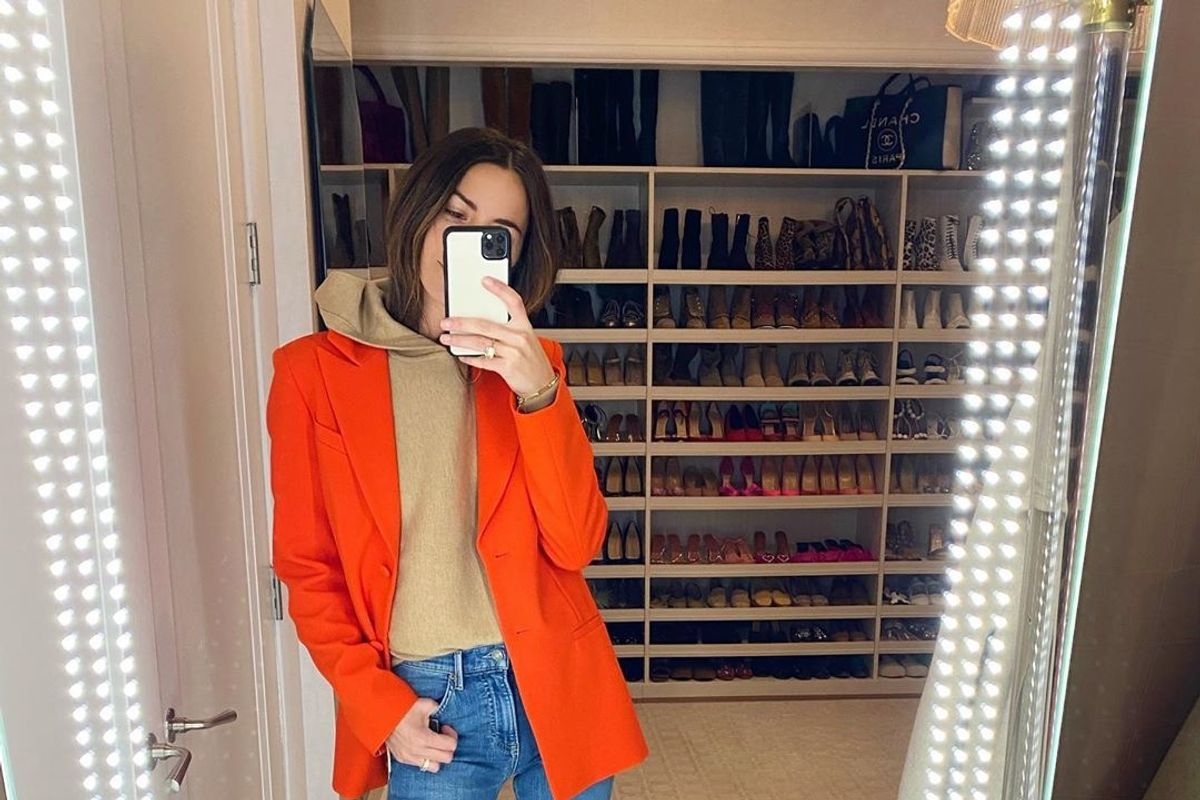 That Influencer Who Got Tested For the 'Gram Actually Has Coronavirus

The internet had mixed feelings when Arielle Charnas, the influencer-designer-mommy blogger behind brand Something Navy, decided to Insta-document her experience getting tested for COVID-19. Over a million followers watched via her stories, as Charnas skipped lines with the help of a friend (Insta doctor) Dr. Jake Deutsch, who swabbed her from her car at an urgent care. A day later, the influencer has announced her diagnosis: coronavirus. Her husband also has symptoms, though she says her two daughters still appear to be healthy.

Charnas' diagnosis arrives just as people have begun to question the inequality in who's been getting access to testing. People like Tom Hanks, Idris Elba, Kevin Durant (and the entire Brooklyn Nets) are apparently having an easy time getting tested, while everyday people who suspect they're sick are being turned away, referred incorrectly, or made to wait days for results. (To be fair, Elba and Hanks were tested in England and Australia respectively, while it's America's testing system that appears most mismanaged).

Diet Prada ™ on Instagram: “What privilege looks like in the age of Coronavirus. ⠀⠀⠀⠀⠀⠀⠀⠀⠀ *UPDATE* Some thoughts after Arielle released her positive diagnosis for…”

It's amazing how quickly these massive influencers, celebs, and sports stars can get tested ASAP while countless av… https://t.co/OBgRLMpJsl
— Taylor Lorenz (@Taylor Lorenz)1584470413.0

still fuming that something navy went and used one of the like 5 tests we have https://t.co/TbeLWnThWb
— Alaina Pollock (@Alaina Pollock)1584407563.0

While announcing her diagnosis, Charnas seemed to address the backlash. "I realize there are many individuals, both in New York City, and nationwide, who do not have the ability to receive immediate medical care at the first sign of sickness," she wrote. "It is the responsibility of our government offices to ensure all Americans can access necessary tests and I acknowledge how lucky I am to have had that access."

Since the virus can manifest in different ways, some are grateful to see Charnas raising awareness about social distancing, offering an in-depth look at her symptoms, and showing a COVID-19 test up close (even if it'll likely be much harder for you to get one). New York Times reporter Tim Hererra recently walked through his hellish journey to a diagnosis, which is probably much more similar to what yours would look like.

While we should, of course, eat the rich, Charnas isn't to blame. Most of us would jump to the front of a line given the opportunity and everyone should be getting tested day and night. Widely available testing, for those with and without symptoms, is crucial to slowing the pandemic, given 80% of COVID-19 cases are either asymptomatic or mild enough to be overlooked.

Nonetheless, Charnas' situation, and the reality of celebrities serving as posterchildren for a pandemic wreaking havoc on middle and working class people's lives, reveals how literally lethal America's caste system is. While Charnas can alert her family, friends and coworkers that they may have been exposed, and get treated knowing hospital bills won't bankrupt her, others are unknowingly infecting their communities or afraid to seek care at all.

As of yesterday, according to the New Yorker, the US was only running about 7,000 tests a day (South Korea has been running 10,000 tests a day since February) thanks to lengthy delays in manufacturing and state, city and county facilities getting the green light to start testing. On Friday, Trump announced that companies were ready to start manufacturing tests, but blamed the CDC for… everything. "Yeah, no, I don't take responsibility at all," he said.