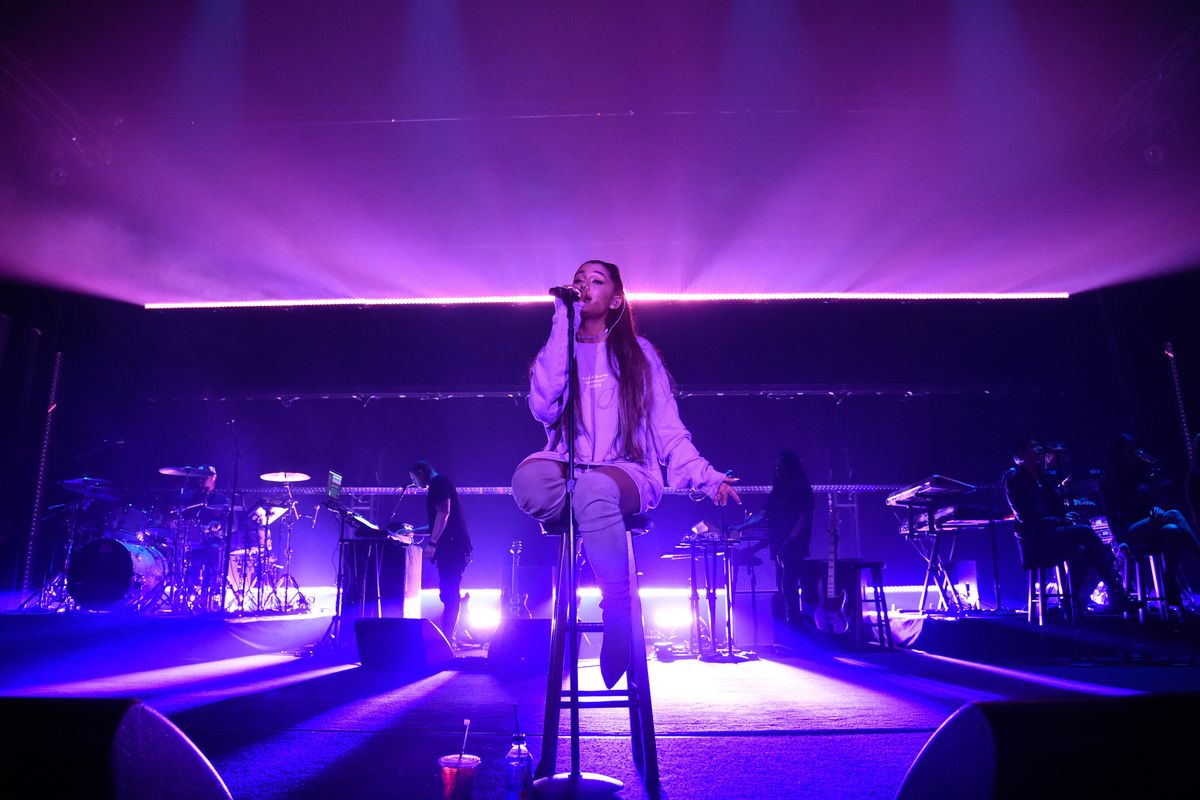 Hot off the release of Ariana Grande's best record to date, Sweetener, the singer has been taking a victory lap with a series of intimate shows and appearances around the world. In her latest stop, Grande took to the BBC Radio 1 Live Lounge to perform cuts off the album in addition to a cover, as is customary to do on the show.

In a selection that has earned major cool points, Grande covered future-facing funk artist Thundercat's cult hit "Them Changes." Allowing the pop singer to showcase a different side of her taste, Grande's cover stays true to the bouncy original while offering her own take on Thundercat's tender falsetto.

"[Thundercat] is a super brilliant artist," Grande said of her selection shortly before performing, "[it's] my favorite song of the past year and a half."

Watch the full cover below: