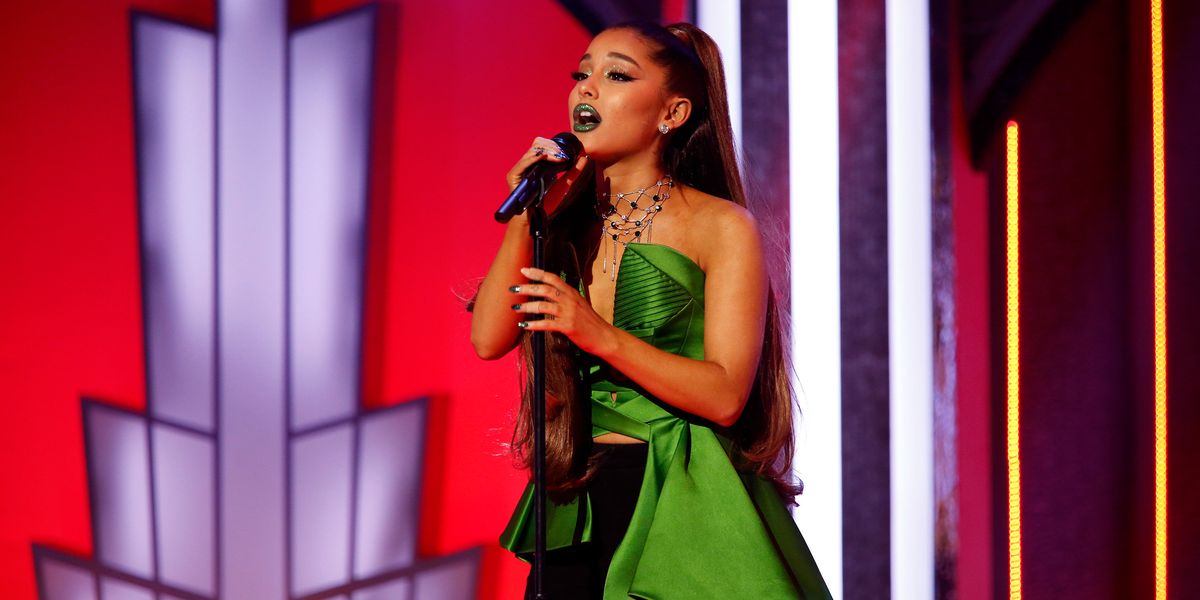 In the series, called Dangerous Woman Diaries, we see a lot of the goofball Grande we've come to know and love, palling around behind the scenes. For example, she tries to explain the visual inspiration behind "The Light Is Coming," the Nicki Minaj-guesting, Sweetener clip during which she posed and frolicked around with ponytailed CGI clones. And, ever the queen of impersonations, Grande does an adorably silly one of her grandmother.

Unfortunately, as we know, Sweetener is a presentation of lightness borne from immense grief; the Dangerous Woman tour was sidelined by the tragic terrorist bombing of her Manchester, UK concert, leaving 22 dead. The fourth episode addresses this without showing footage. Grande instead shares a letter she wrote about that fateful night, eight months later.


It's been eight months since the attack at our show at the Manchester Arena. It's impossible to know where to start or to know what to say about this part. May 22, 2017, will leave me speechless and filled with questions for the rest of my life.


Music is an escape. Music is the safest thing I've ever known. Music — pop music, stan culture — is something that brings people together, introduces them to some of their best friends, and makes them feel like they can be themselves. It is comfort. It is fun. It is expression. It is happiness. It is the last thing that would ever harm someone. It is safe.


When something so opposite and so poisonous takes place in your world that is supposed to be everything but that … it is shocking and heartbreaking in a way that seems impossible to fully recover from.


The spirit of the people of Manchester, the families affected by this horrendous tragedy, and my fans around the world have permanently impacted all of us for the rest of our lives. Their love, strength, and unity showed me, my team, my dancers, band, and entire crew not to be defeated. To continue during the scariest and saddest of times. To not let hate win. But instead, love as loudly as possible, and to appreciate every moment.

After that, Grande suspended her world tour for two weeks. She returned to performing by hosting a benefit show for the families of victims in Manchester, announcing in a heartfelt letter on Twitter, before finishing out the tour. She sang "Somewhere Over the Rainbow" to close the benefit concert, which the docuseries shows. She's also shown preparing for the tour's final stop in Hong Kong, crying. "No one is allowed to look at me today. I'm not gonna be able to sing a goddamn note," she says. "I'm sad because it's been so many things to all of us. When things were bad and everyone was heartbroken and tired and sad, we wished it to go faster. And now that it's here, it's horrible."

Watch the first episode of Dangerous Woman Diaries below.