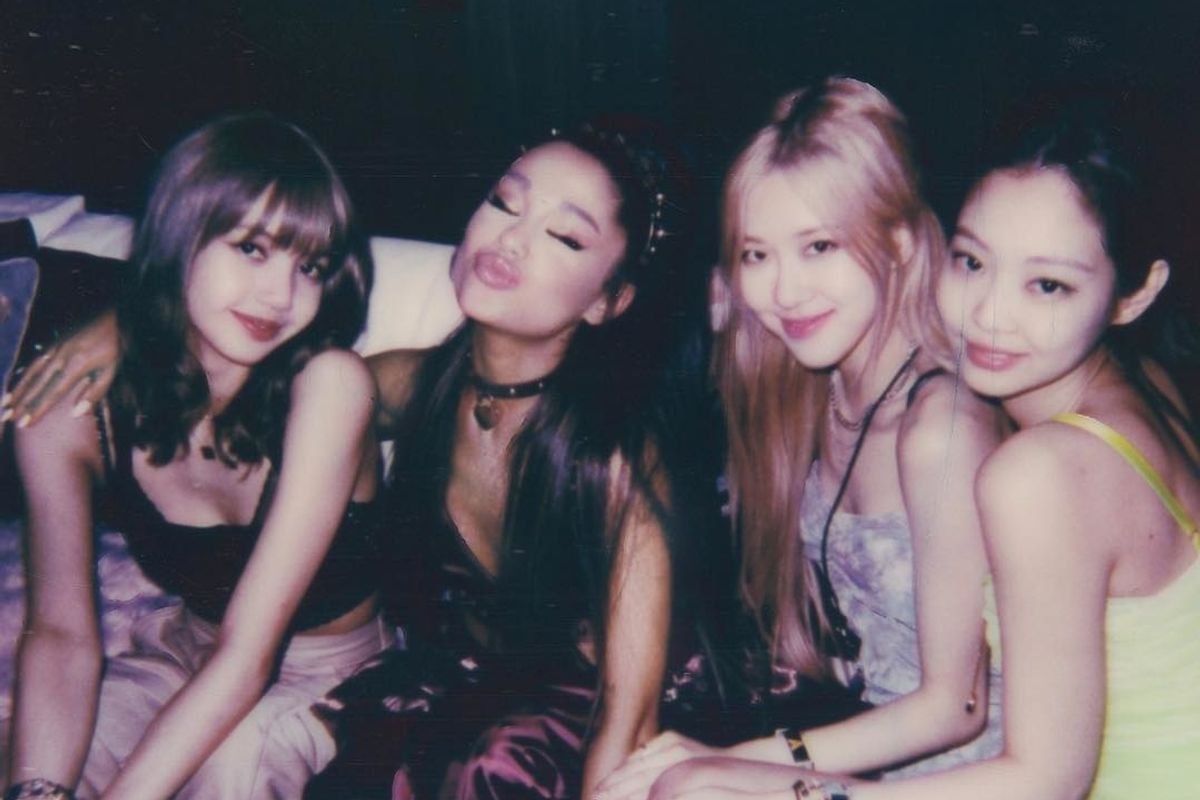 We Finally Got an Ariana Grande x BLACKPINK Photo

Ariana Grande and K-pop girl group BLACKPINK were the two highlights of Coachella, in terms of both music and hair looks. So some kind of collaboration seemed inevitable. Sadly Ari didn't join them — or vice versa. But she did express her fandom of the group, and today posted a cute photo with Lisa, Jennie, and Rosé on her Instagram. It has more than two million likes, and counting.

Grande had told fans in the lead up to Coachella that she planned on checking out BLACKPINK's set, and it seems like the admiration was mutual. During the festival, BLACKPINK had posed wearing official Grande merch — those cute NASA dust masks.

Ari isn't the only English language musician who is catching on to BLACKPINK: Dua Lipa has recorded with them, and Harry Styles was spotted at one of their shows. Diplo also posed for a photo with the group after his Coachella set, as did Jaden Smith. Kendall Jenner and Hailey Bieber were both present to see their set during the first weekend.

Basically, they're blowing up right now! Watch the video for BLACKPINK's "Kill This Love," below.