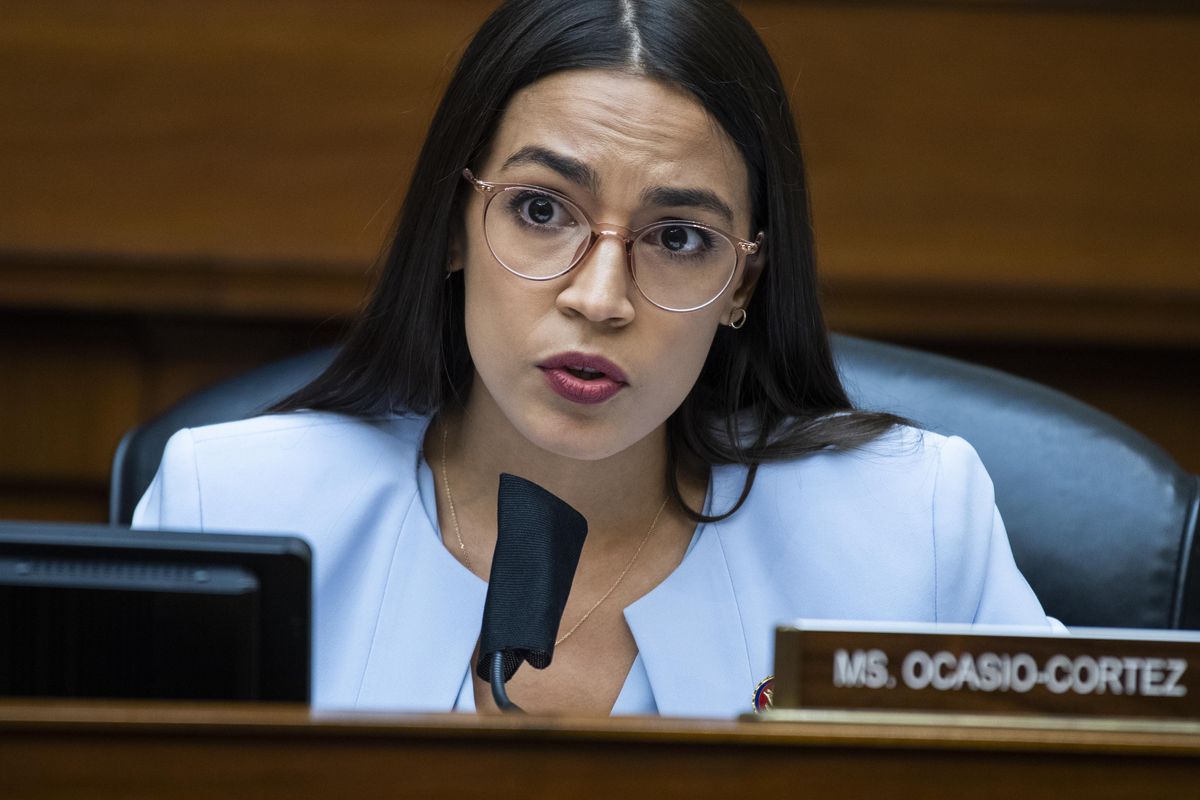 Republicans always have something to say about Rep. Alexandria Ocasio-Cortez's clothing. While in the past, they've targeted her personal wardrobe, these days conservative Twitter is consumed with criticism of her new merch. Shortly after releasing apparel for pre-order, folks from the other side of the aisle cried "hypocrisy" regarding one piece in particular: her "Tax the Rich" sweatshirt, priced at $58.

Conservative commentator and "WAP" poetry reciter Ben Shapiro tweeted the day of its release that "Only the rich can afford this idiotic sweatshirt," while politicians like Dean Browning, who previously pretended to be a Black gay man on Twitter, chimed in, stating: "Seems like capitalism." The conservative media company, PragerU also commented on the sweatshirt, saying that "Elites telling working-class people they're fighting for them and then ripping them off is Marxism 101." Not quite.

The Congresswoman wrote in the initial post that her merchandise was "made in the US with dignified, union jobs paying living wages," giving reason as to why the sweatshirts were priced higher than some are used to. Stephen Punwasi, a former mass-market apparel designer, came to AOC's defense on Twitter explaining market pricing, "Made in America. Union printed. Sounds about right. That's what it costs to pay everyone a decent wage along the way."

In a separate thread, AOC – who is no stranger to conservative hate — clapped back at her critics: "Republicans are freaking out bc we don't use slave-wage labor for merch that funds grassroots organizing. But what's the difference between Trump's merch and ours? Ours is made in the US." And while all proceeds of her merchandise go toward her campaign, you can receive free apparel by signing up to volunteer. See you there, Ben Shapiro!