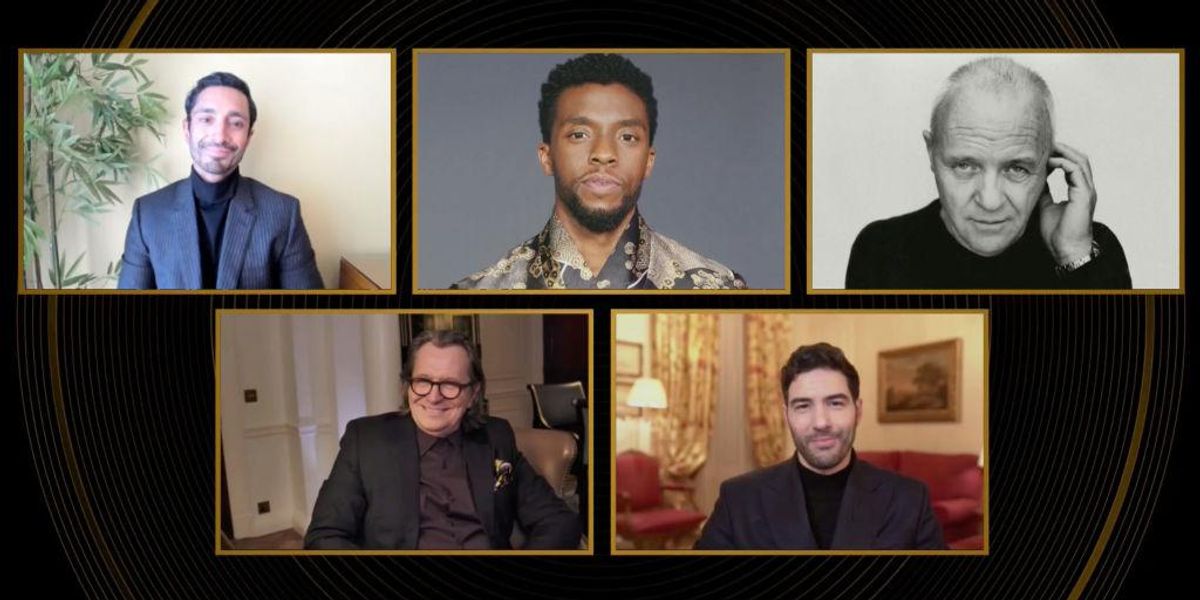 Last night's Oscars were exactly the late pandemic shambles you'd expect, albeit with some cool fashion moments and a deserved win for Chloe Zhao, who became just the second woman (and first woman of color) to win Best Director for her much-acclaimed feature Nomadland.

But unlike at previous ceremonies, the night didn't end with the Best Picture statue (which last night was also awarded to Nomadland) being handed out, everyone giving a standing ovation and the credits rolling. Instead, Best Actor was the last award of the night, and an anticlimactic one at that.

In a bizarre turn of events, Anthony Hopkins was honored over firm favorite Chadwick Boseman, who'd scored a posthumous nod for Ma Rainey's Black Bottom. Hopkins, nominated for his turn as a dementia patient in The Father, wasn't even there to collect his statue. Joaquin Phoenix, who won last year for Joker, was on hand to accept it on his behalf.

All respect to Hopkins, an 83-year-old industry legend who was more than entitled to be asleep at 4AM in his native Wales while the world's longest and most boring awards show carried on in Los Angeles. But people were understandably unhappy about Boseman's loss, especially as it felt like the entire ceremony had been leading up to a final tribute of sorts to the late actor, only to dash everyone's hopes at the last minute.

Even Hopkins, it seems, felt there'd been a bit of an upset. In a statement uploaded to his Instagram (which is iconic, by the way, and worth a follow) this morning, Hopkins expressed surprise at his win and paid tribute to Boseman, who died of colon cancer last year, having never publicly revealed his diagnosis.

"Good morning, here I am in my homeland of Wales and at 83-years-of-age I did not expect to get this award. I really didn't," Hopkins says in the video, bathed in idyllic countryside light. "I am grateful to the Academy and thank you. I want to pay tribute to Chadwick Boseman who was taken from us far too early, and again, thank you all very much. I really did not expect this, so I feel very privileged and honored."

Yet another odd piece of Oscars lore to add to the collection. There's always a gaffe!

It goes without saying that, Best Actor or not, Boseman was an iconic and talented performer taken far too soon. And please, let's go back to the old awards schedule next year.