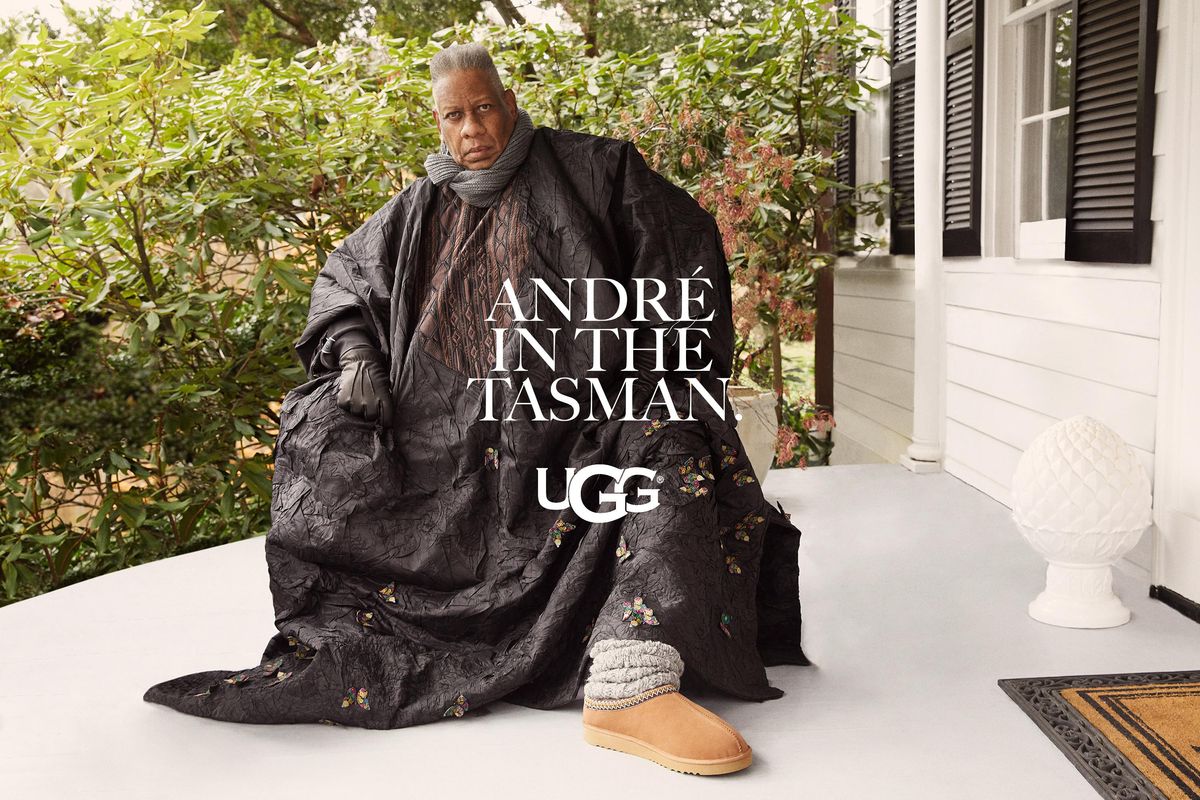 2021 may already be a shitshow, but thankfully there's André Leon Talley to provide some much-needed excellence and iconic king behavior.

The 72-year-old fashion legend, who last year came out with a juicy tell-all memoir, is the new face of Ugg. The images were shot outside his infamous White Plains home in upstate New York while sporting his signature custom kaftans and sleeping bag coats.

Related | André Leon Talley Is Not Looking for Closure

"They contacted me, and I said, 'Why not?' It's a fun thing to do," Talley said of the campaign, first reported by WWD. The journalist wears Ugg's "Tasman" slipper and "Neumel" chukka shoe in the new ads. The Spring 2021 campaign is part of an ongoing series called "FEEL ___," which spotlights "real-life heroes" and industry icons (Telfar Clemens was a recent campaign star).

For Talley, who's been known to wear an Ugg boot every now and then from his front row seat at fashion week, this marks his first campaign after a career spanning decades at the pinnacle of fashion, most notably at Vogue. Keep shining, king!