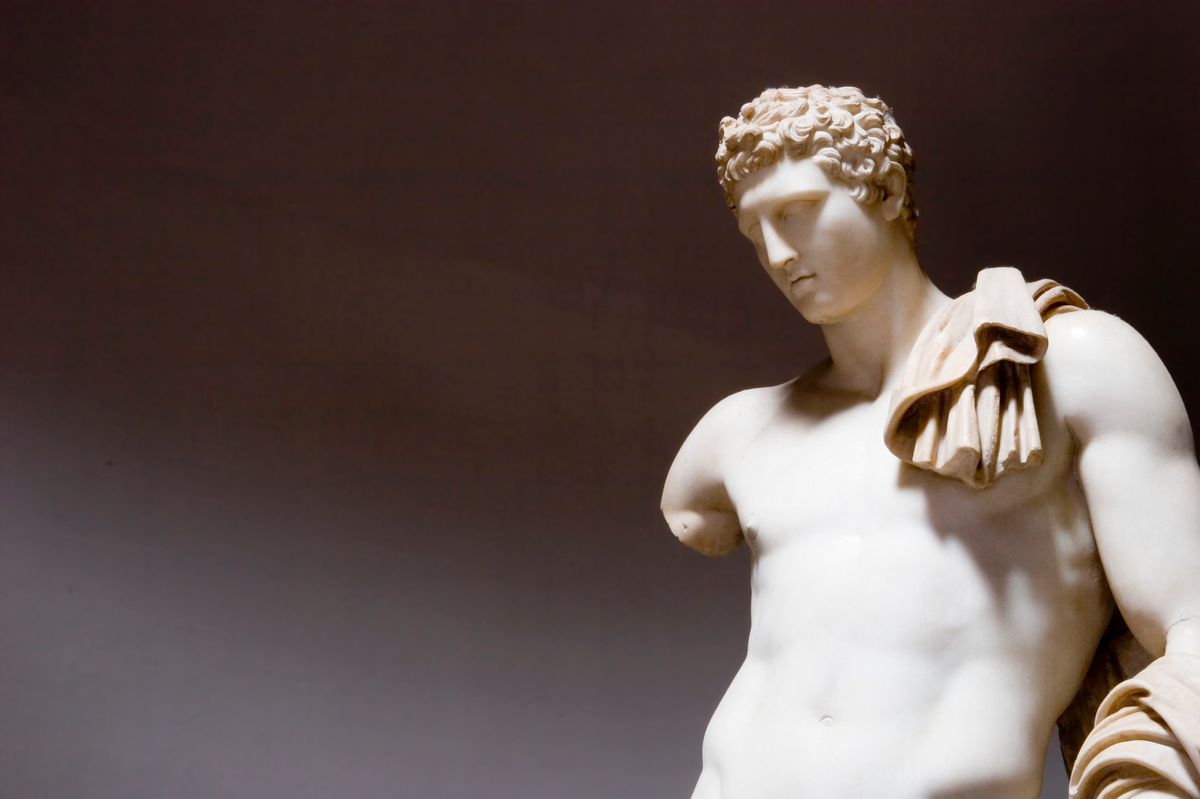 Fret no more: you don't need to text Narcissus "how big?" before he comes over to Netflix and chill.

A team of archaeologists, working alongside the Antiochia ad Cragum Archaeological Research Project (ARCAP), discovered a series of mosaics inside of a Roman latrine in southern Turkey that give even your most artful nudes a run for their money. The city, Antiochia ad Cragum, where the mosaics were found, was abandoned back in the 11th century, making these dick pics more than a thousand years old.

The second-century mosaics depict Narcissus and Ganymede proudly showing off their junk to all those who might pass through the ancient bathroom. Narcissus, of course, is enamored with his own erection — typical Narcissus — while Ganymede's pecker indulges in a luxurious sponge bath from a bird that art historians believe to represent Zeus. The dirty scenes were most likely meant to be jokes for Romans to laugh at while they did their business — and thus, the seed was planted for centuries of dirty drawing-laden public restrooms.

Michael Hoff, an archaeologist at the University of Nebraska-Lincoln, tells Live Science that he and his colleagues were taken aback by the pee pee pictures. "We were stunned at what we were looking at," he stated.

Us too, Michael. Us too.