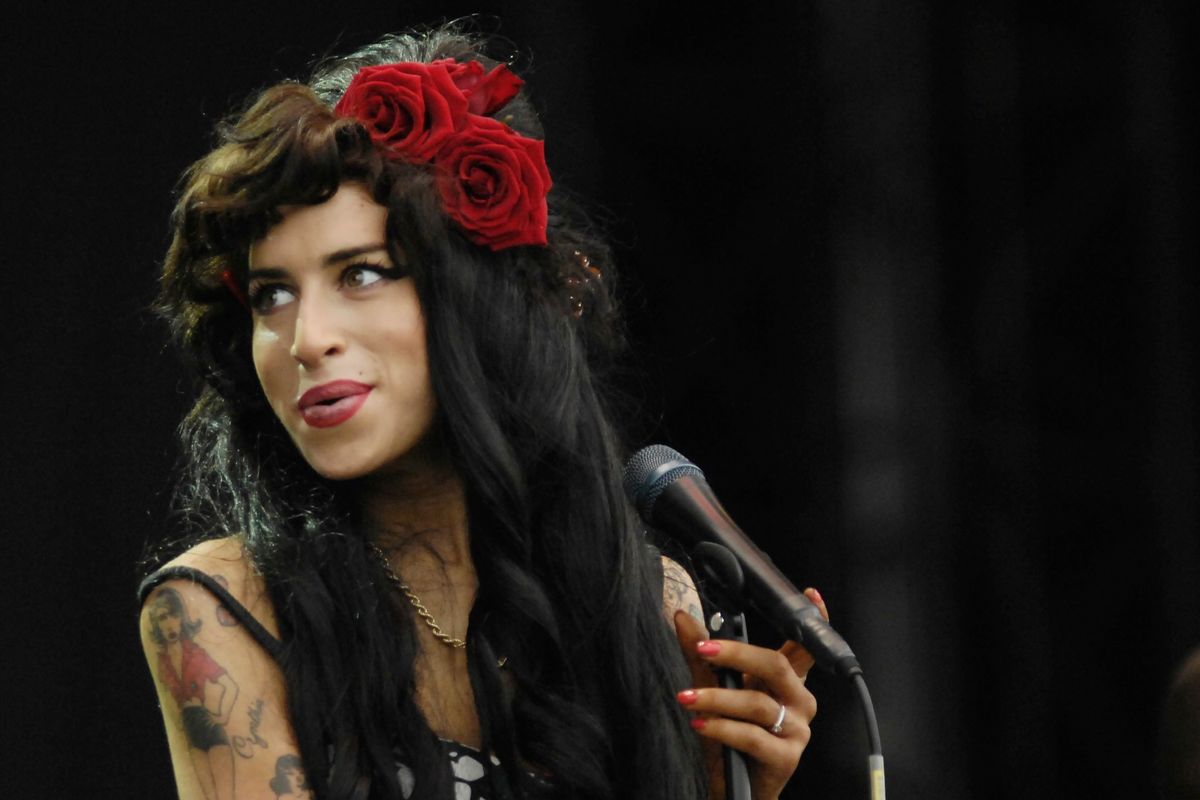 How Many Ways Will We Watch Amy Winehouse?

Calling pop culture obsessively nostalgic right now is an understatement. Trending late 20th century accessory after biopic after sitcom remake is flooding our culture at the moment, probably because we are sad, scared and cold, and it's easier to bask in the warm, morbidly curious glow of the romanticized, cinematic drama of the past, than face our ugly, equally dramatic present.

Amy Winehouse, who died in 2011 after a long, public battle with addiction, is an increasingly virulent subject of our nostalgia.

In September we learned of plans for a new documentary, Amy Winehouse: Back To Black which will chronicle the recording of the late singer's final album, following up the controversial 2015 attempt Amy by Asif Kapadia. Just last week it was announced (to loud controversy) that an Amy Winehouse hologram will be going on an inevitably creepy, and potentially cringe-worthy tour in 2019. The tour is a collaboration with BASE Hologram, which in the past has produced holographic tours for Roy Orbison and Maria Callas.

Now, in case our ravenous obsession isn't satisfied, it's been announced that an Amy Winehouse biopic is finally in the works, The Guardian reports, after Winehouse's family signed on with Monumental Pictures. The Winehouse family will act as executive directors, while Alison Owen (Saving Mr. Banks, Suffragette) and Debra Hayward will helm the film. Kinky Boots writer Geoff Deane will adapt Amy's story for the screenplay. Some proceeds from both the hologram tour and the biopic will go towards the Amy Winehouse Foundation, which works to prevent youth alcohol and drug abuse.

"We're proud that Mitch Winehouse has entrusted us with the story of amazing Amy, an icon whose songs have provided the soundtrack to a generation," Owen and Hayward said in a statement.

Amy's father Mitch Winehouse has denied that Lady Gaga is in consideration to play the singer, saying "She doesn't speak our kind of English." He added that, "I wouldn't mind betting it would be an unknown, young, English—London, Cockney—actress who looks a bit like Amy."

We're destined to consume and relive Amy Winehouse's tragically abbreviated career and legacy in every possible digital format and pixel level over the next year. However, is this glut of Winehouse content commencing now because of the cocktail of nostalgia and the spectacular watchability of Winehouse's celebrity mythology? Or, is it as some are speculating, because her family has renewed interest in the box office, and revising the narrative?

Winehouse's father Mitch Winehouse famously hated the 2015 documentary Amy, criticizing the portrayal of him as negligent and cruel. Based on the blessing he's given these new narrative projects, and the positions of editorial control he's secured for himself, fans and commentators are questioning if we'll get a sanitized portrayal of the singer and her family.

With regards to the hologram tour, others are arguing that the tour is morbid and exploitative—and that Amy would have hated the spectacle.

an Amy Winehouse hologram will be on tour for three years im absolutely disgusted. Like she hasn't been exploited e… https://t.co/bi6ozpSJYc
— Nick (@Nick)1539320452.0

Amy Winehouse hated fame and killed herself with drugs trying to cope with it. Selling a hologram of her for a tour is just sick man.
— Justin Tine (@Justin Tine)1539449953.0