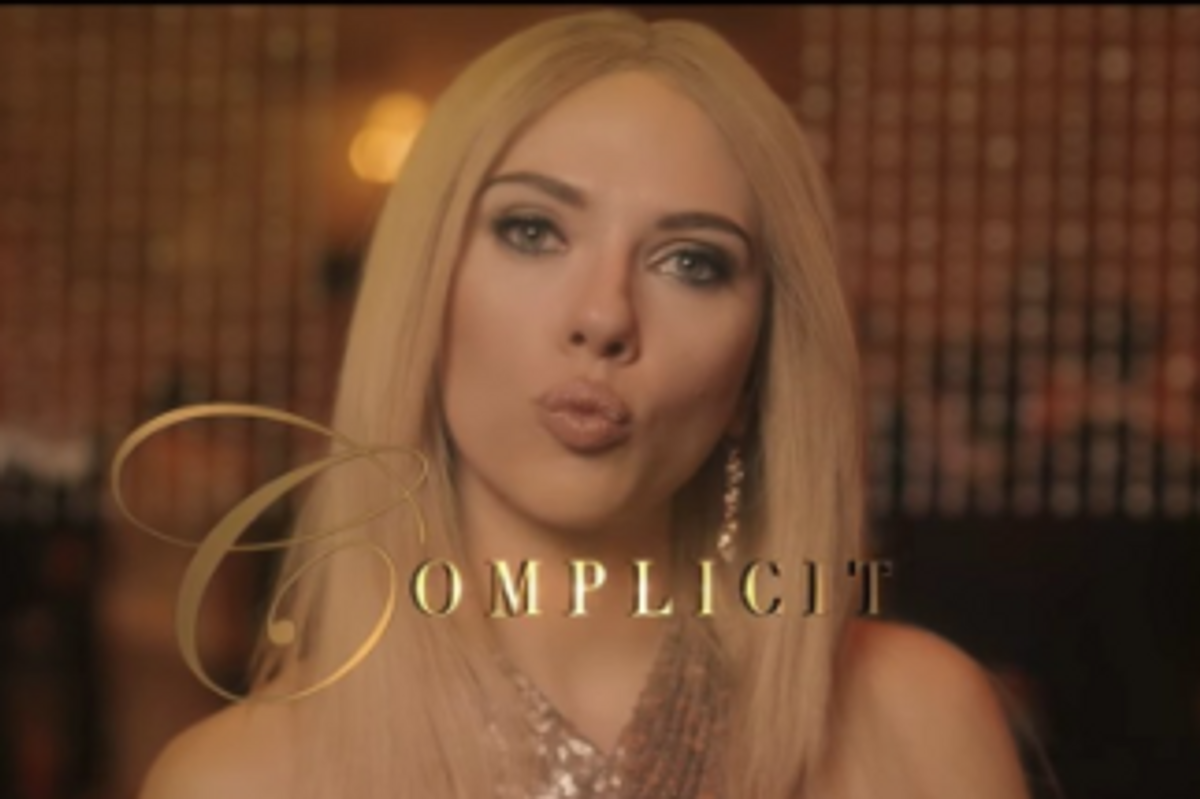 Though she may wish to be seen as a champion for women's rights and equality, Ivanka Trump has so far been unable to distinguish herself from her father's unfortunate relationship with women.

Last weekend SNL took aim at the Great Blonde Hope's failure to separate herself from her father, with a sketch that has Scarlett Johansson playing Ivanka in an ad for her aptly named new signature scent, "Complicit."

Though the president has remained uncharacteristically quiet on Twitter about this latest sketch, the rest of America quickly took to the Internet to figure out just what complicit means.

📈'Complicit' is our #1 lookup after an SNL sketch used the word in reference to Ivanka Trump. https://t.co/qE6UcB8pUz
— Merriam-Webster (@MerriamWebster) March 13, 2017

Here's to hoping we figure it out soon.