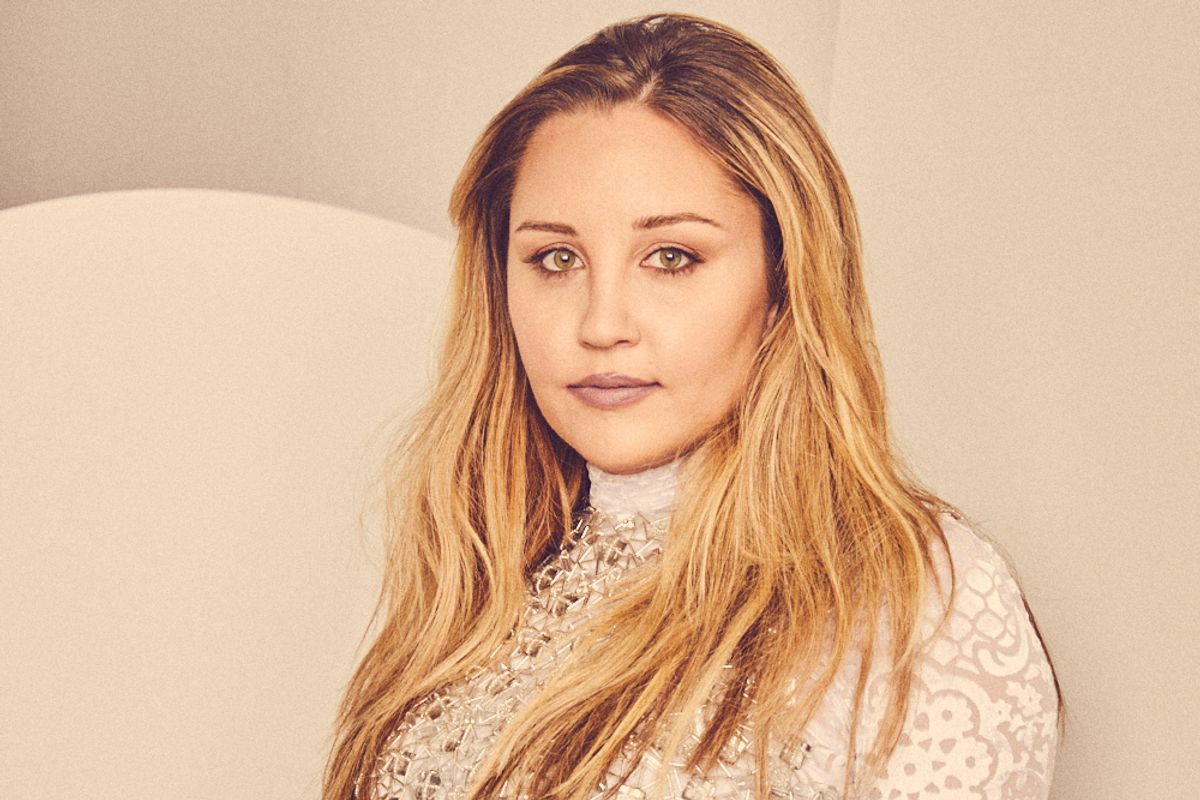 Amanda Bynes has graduated from California's Fashion Institute of Design and Merchandising, having enrolled in the school in 2014. The actress shared a photo of herself and a classmate in their cap and gowns on Twitter last night. Congratulations!

Appearing on the cover of PAPER's Break the Internet issue last year, Bynes said she first enrolled at FIDM in 2014, inspired by Lauren Conrad on The Hills. Her professors told us she was a gifted and enthusiastic student, and "instructors love her."

The journey here wasn't easy. Bynes has very publicly struggled with mental health and substance abuse issues since taking a hiatus from acting in 2011. She told PAPER that watching her own performance in Easy A while under the influence of marijuana led to a major breakdown: "I literally couldn't stand my appearance in that movie... I was absolutely convinced I needed to stop acting after seeing it." Bynes reportedly suffered a mental health relapse earlier this year, but successfully received treatment and is now looking forward to the future.

So what's next? Bynes told PAPER that while she'd love to have her own fashion line someday, getting back into acting was her first priority. We'd love to see her back on screens soon! How about an All That cameo?