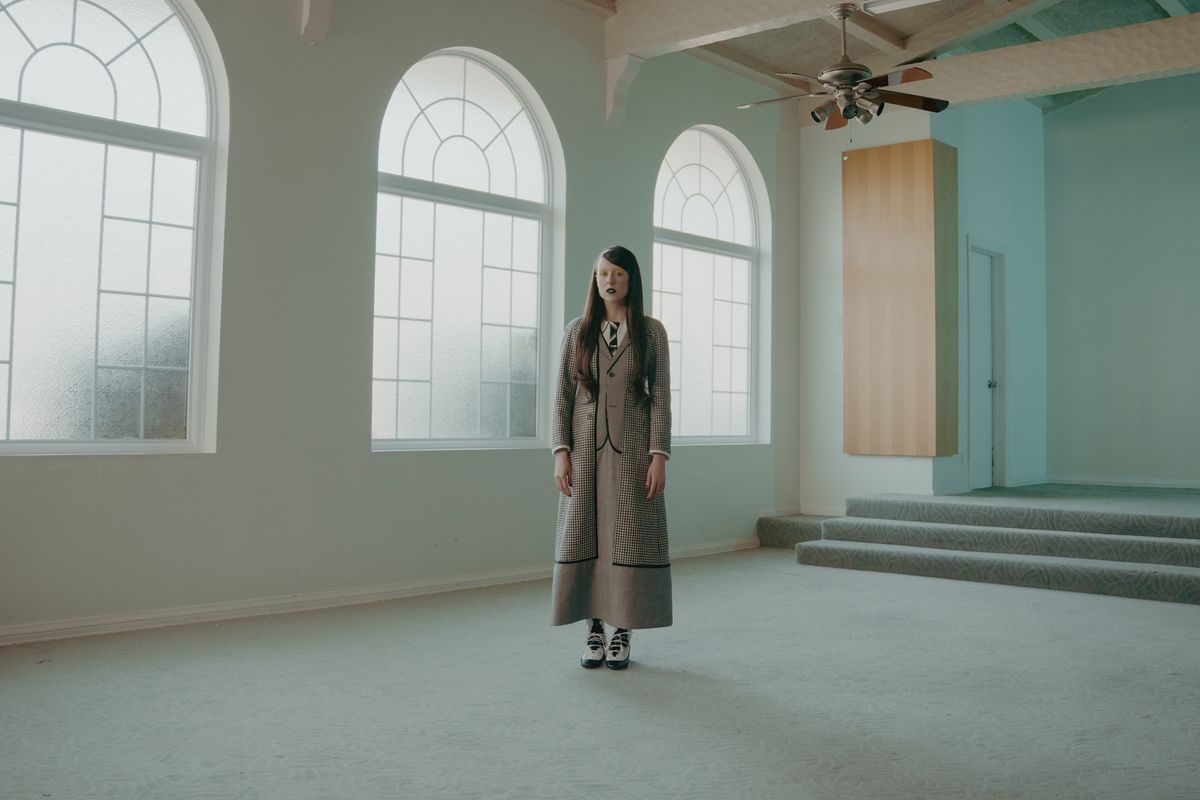 While 2020's many let downs have been exhausting, there's still so much to celebrate, like beloved indie-pop songstress Allie X's February album, Cape God. From Mitski and Troye Sivan collaborations to artful, synthy headbangers all on her own, the project was a start-to-finish standout — and now she's inviting you to a digital concert next month in honor of it.

On Thursday, December 17, Allie X is set to perform, and there are two air times so that you can't miss it — one at 7 PM GMT and the other at 7 PM PST.

While commemorating Cape God's 45 million streams and counting, Allie X has also announced that she's releasing a limited edition double LP of her debut and sophomore albums, 2015's CollXtion I and 2017's CollXtion II. Each will include previously unreleased demos and leaks from those "unresolved" eras.

You can also get your hands on brand new Allie X merch with various bundles, featuring everything from signed Super Sunset CDs to "Eat My Forehead" t-shirts. A single ticket to the Cape God Digital Concert costs $10 and is available here. Once purchased, you'll receive a link to the video stream in an email.

"I'm so x-cited to announce this special show particularly since I didn't have the opportunity to tour this year," Allie X tells her fans. "I'll be performing some of my favorite songs from Cape God plus 'Bitch' (I had to include 'Bitch!'), in a beautiful setting, wearing some fabulous clothes. HA! It should be an aesthetically pleasing x-perience for you."

She concludes, "I hope you enjoy it as much as I enjoyed putting these things together."