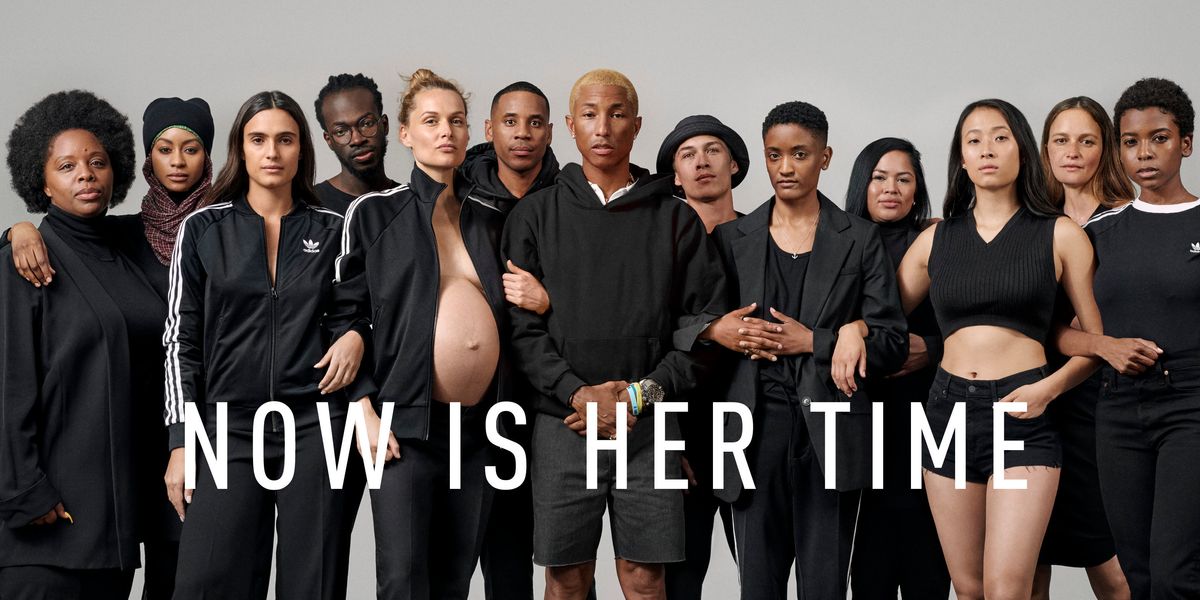 Adidas and Pharrell's Latest Collab Is for Her

Following the recent release of their SolarHu Greyscale pack, Pharrell Williams and adidas Originals are back with yet another installment in their long-running series, and this time it's aimed at female empowerment. The new campaign, titled "Now Is Her Time," focuses on amplifying the voices of artists and activists that are leading the way in the arenas of gender, sexuality, race, and equality featuring figures like period.org founder Nadya Okamoto, model Sara Cummings, Black Lives Matter co-founder Patrisse Cullors, and The Internet singer, Syd.

Shot by famed photographer, Collier Schorr, the campaign covers a broad range of topics that fall under the umbrella of female empowerment. From discussions of gender and sexuality to bodily autonomy and access to healthcare, "Now Is Her Time" rings out like a rallying cry in an age when it feels more urgent than ever. "It's been an uphill battle for women for a long time," says Syd. "I influence the human race by looking at myself as a human first, and an artist, producer, creative person, whatever my career is, second."

The adidas Originals by Pharrell Williams "Now Is Her Time" collection goes on sale August 31 online and in select retailers worldwide. Check out images from the new campaign below: