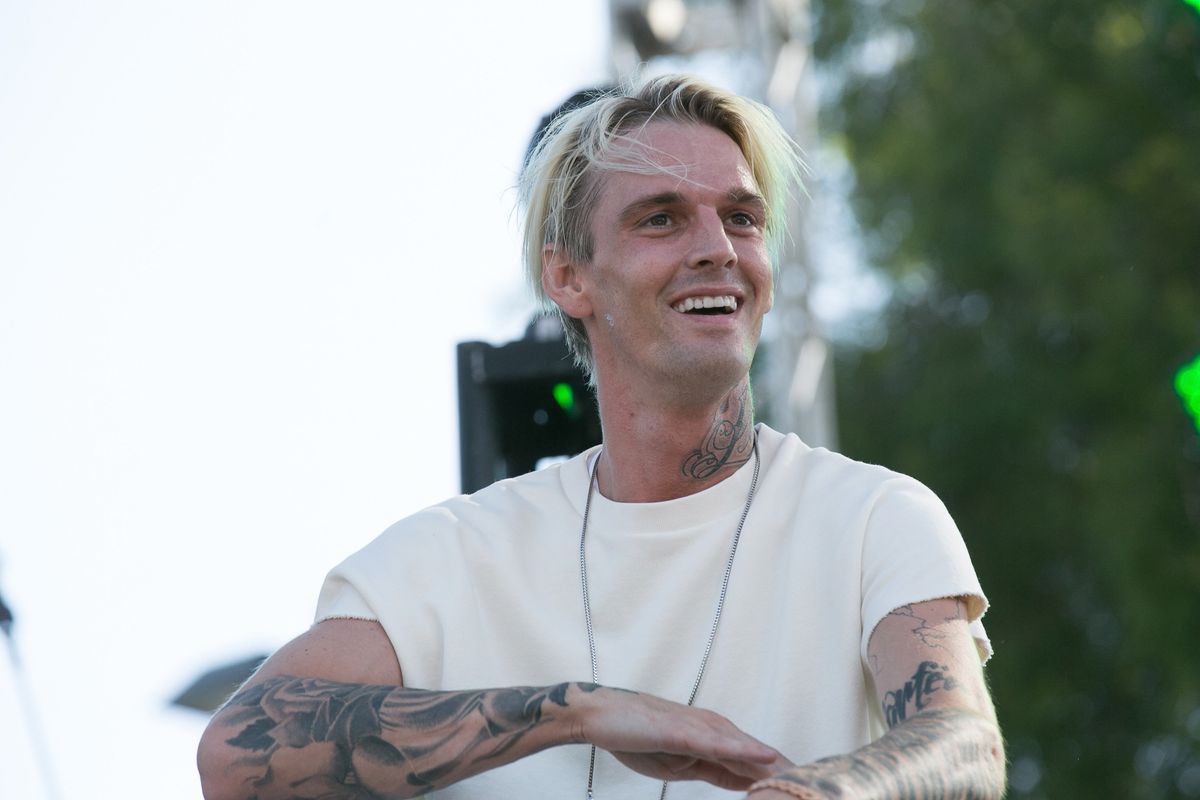 Sorry Drake, but Aaron Carter's definitely one-upped you in terms of the Rihanna tattoo game.

Earlier this week, Carter sent the internet into a tizzy with a massive, new face tattoo that appeared to be inspired by Rihanna's 2013 British GQ cover.

Shot by Damien Hirst, the original image sees Rih channeling the mythical Medusa, complete with a crown of writhing snakes and a large python-looking boy wrapped around her shoulders.

Needless to say, Carter's post kicked off a flurry of fan speculation, not to mention, the seal of approval from British GQ itself.

Aaron Carter sold his guns so he could pay for a Rihanna tat on his face. Pretty cool, right? 😬 pic.twitter.com/2Y8dHXJcSI

I’m so getting @rihanna tattooed on my face. Don’t even care that @aaroncarter did it first.

I had to go look this up myself when I heard Aaron Carter got Rihanna tattooed ON HIS FACE.
If I were her, I'd make him to go laser it off...NOW.
Yikes.... pic.twitter.com/VkcNbU2xEh

But that's not even the wildest part. Apparently, his tattoo artist, Herchell Carrasco, told British GQ that Carter "originally wanted the tattoo to be placed in the centre of his face" — though "Carrasco managed to convince him that a placement by the hairline would be a slightly more subtle approach."

That said, to quash any doubts, Carter eventually responded to people hating on the tattoo by tweeting that while it was "inspired" by Rih, it was "not meant to look like her." So at least that's settled. See his response for yourself, below.

It was inspired by Rhianna not meant to look like her. Relax. Lol https://t.co/90KyI8BLnV