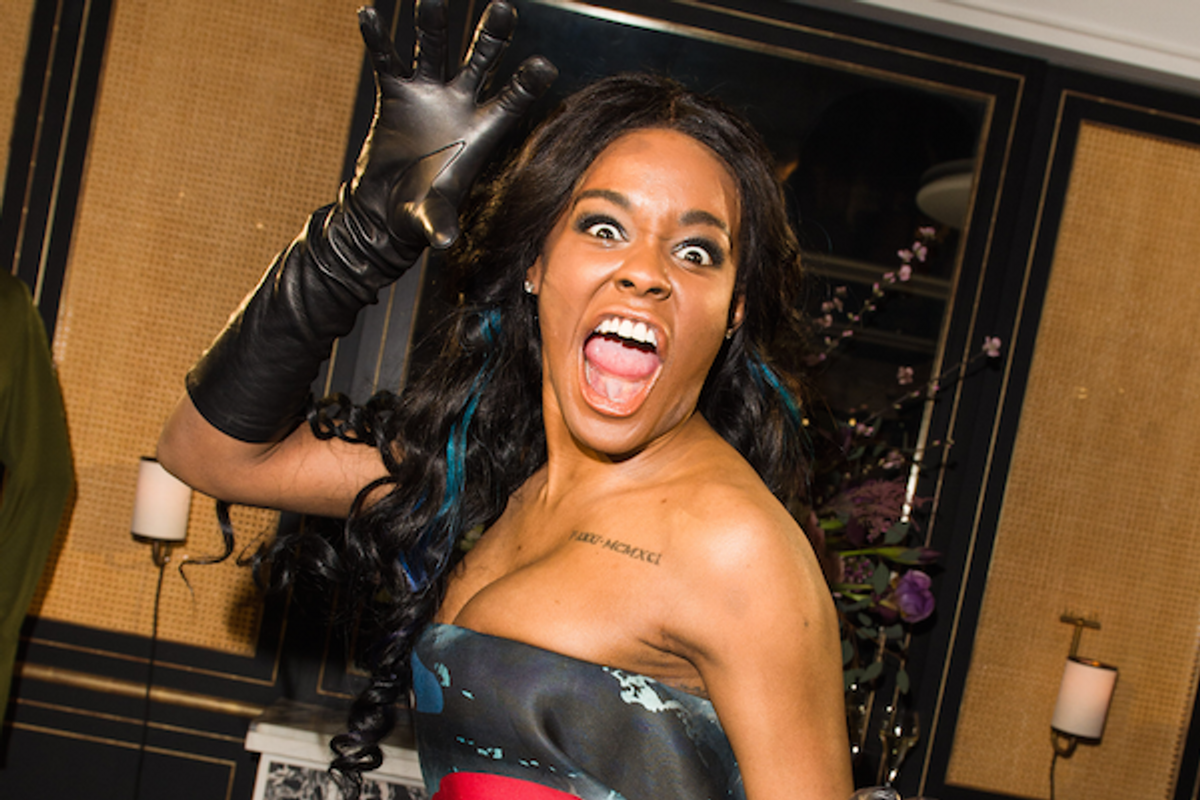 UPDATE 5.05PM EST: Azealia has issued a statement via her lawyer explaining she was not able to make into court today because she's been in Paris for Fashion Week.

She was in France for Fashion week due to meetings and other social gatherings and was not able to arrange her flight in time to appear today. She apologizes and will apologize in person to the Court for missing her scheduled hearing. In addition, she attempted to appear via a New York Attorney and through a close family member. Ms. Banks will go to the department to remedy the situation as soon as possible. Again, she apologizes for the inconvenience that may have caused the Department."

A New York judge has issued a warrant today for Azealia Banks' arrest after she missed her scheduled hearing regarding an incident in 2015, in which she assaulted a woman at a nightclub.

Banks allegedly retaliated when she was not allowed to enter a VIP party at New York's Up&Down two years ago, punching and biting the breast of a security guard working at the venue. Banks was heard screaming "Do you know who I am?!" at the time by fellow partygoers.