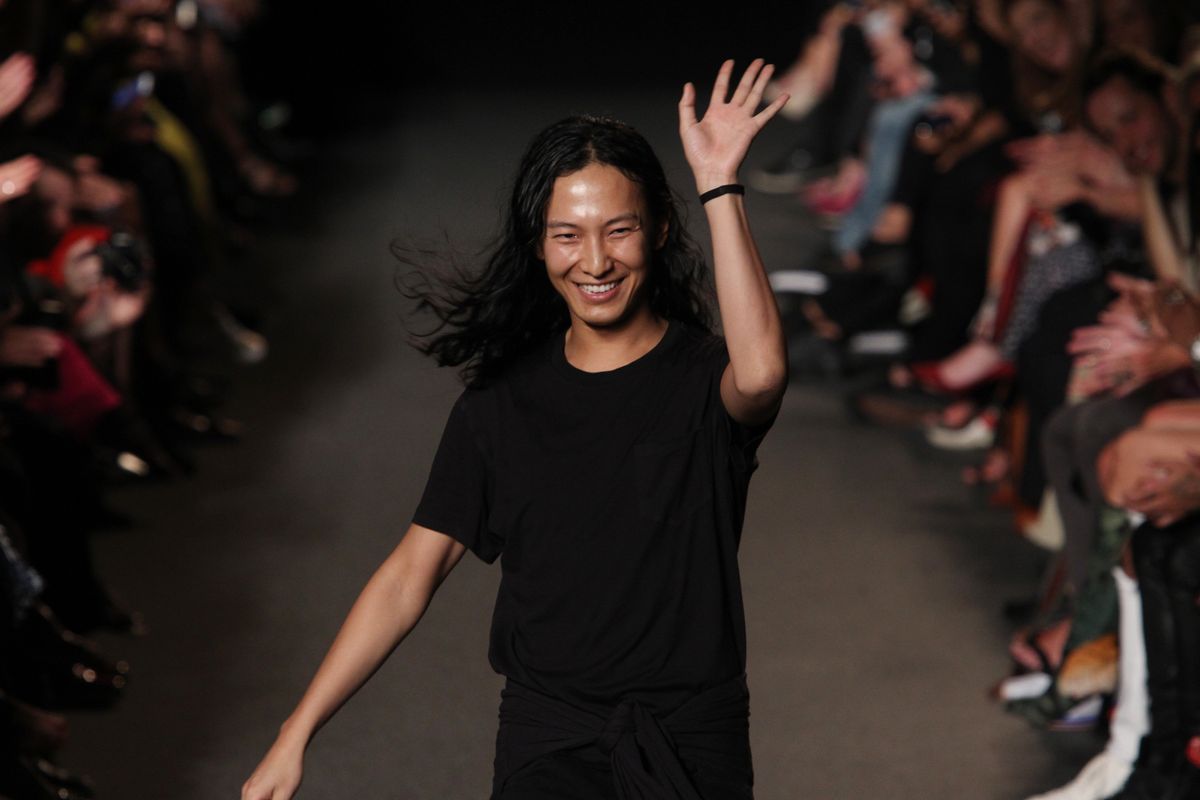 Is 2018 The Last Year of In-Person New York Fashion Week?

The last time new technology really transformed the world was when the Macintosh computer was released. This was made evident by the now-immortal 1984 commercial, featuring an athletic woman who smashes the brainwashing drones of a Big Brother-esque figure giving a speech to a numb-looking cult. The woman represents the Macintosh commercial disrupting the PC industry of the time, and years later, Apple has predictably dominated the personal tech industry.

Now once again, technology is disrupting yet another industry that has firmly held a grasp on its consumers and followers: Fashion, a notoriously anti-tech (We saw what you said last May J.Crew) industry that's finally caving under the pressure of the smartphone world.

This New York Fashion Week, Alexander Wang surprised the fashion industry by choosing to leave this season's showings. According to Vogue, Proenza Shouler, Rodarte, Altuzarra, and Thom Browne are all choosing not to show in NYC, as well. Designer Lela Rose also made the decision to do an Instagram show with 10 influencers and bloggers to model her Fall 2018 collection. Rebecca Taylor is also creating a VR experience with Tilt Brush (Google) in lieu of an in-person collection.

With showcasing collections becoming an outdated approach, and retailers/investors/industry insiders realizing the potential of social media to reach broader audiences, it begs the question: Is 2018 the final year of in-person fashion shows?

Fashion has always been a slow industry in adopting new technological advancements. J.Crew famously said last May that they were regretfully late in adopting e-commerce due to elitist attitudes. Some luxury retailers like Chanel and Céline still don't permit their customers from purchasing goods from their websites, which primarily function more so as lookbooks that direct their consumers to brick-and-mortar stores.

Walking into department stores like Neiman Marcus, Barneys New York, or Saks Fifth Avenue, you'll notice that their POS systems look like something out of the early '90s and 2000s. At times, luxury retail can almost feel like stepping into the relics of retail's golden age. When department stores were first founded, they were at the forefront of technology and innovation, having everything from entertainment to dining. They even helped grow America's credit card system thanks to Alfred S. Bloomingdale, head the Diner's Club and founder of Bloomingdale's.

Or let's look at the first fashion shows, which were exclusive events catering to International clientele that would only reach the magnitude they have now thanks to technological innovations like photography, air travel, and telephones. International clients could fly into Paris to Coco Chanel or Christian Dior's ateliers to purchase pieces for their respective clients and retailers like ISETAN of Japan, Selfridges of England, or Lane Crawford of Hong Kong. Fashion's growth depended on the growth of advancements in tech, so what's happened in our current age?

Once at the forefront of innovation, why are brands now stuck in a system that's 30 or even 40 years old? Perhaps it's the allure of exclusivity or feeling the social caché of carrying a piece that's inaccessible to the majority of consumers living off fast-fashion that keeps this archaic system running. Whatever the case, fashion's quickly falling behind, and only recently have things began to change.

Last year, A.I. entered the playing field when companies like Nordstrom and Tommy Hilfiger began to utilize chatbots to interact with consumers. Macy's on-call program from IBM Watson and Satisfi also entered the conversation in 2016.

Amazon Prime has made online shopping even easier for consumers, while Net-a-Porter and The Outnet also offer same-day delivery in Manhattan.

Sephora and Rebecca Minkoff have also adopted tech specs in their retail stores. At Sephora you can find your favorite skincare through doing a series of questionnaires in their store systems, as well as figuring out what type of skin you have. At the Rebecca Minkoff store in SoHo, there is even a giant mirror that functions as a shop assistant and fitting room.

But to the biggest concern of NYFW was the birth of the Instagram live fashion shows. Eva Chen, fashion icon and head of fashion partnerships at Instagram, reported last year that "What the audience wants isn't super produced," she said. "We find that people like that raw, "I am sitting right there' feeling. I think Instagram Live will be really huge this season." See-now-buy-now also made its debut, allowing consumers to buy pieces immediately from the runway, ditching the middle man of specialty boutiques and department stores. Rebecca Minkoff reported that their sales went up 64 percent annually after adopting this retail practice. "When we create an experience, the format is not as relevant as 'What is the experience, who is involved?" CEO Uri Minkoff told The Cut last year.

Consumers don't want to wait, so the exclusivity of fashion just doesn't appeal to the younger consumer base, which values immediacy, but also quality. This is evident in the boom of online start ups like Everlane, quip electric toothbrushes, and companies like Birchbox which provide an innovative tech-backed shopping system while delivering chic new ways of shopping.

So with all this being said, this year's NYFW could be the sign that the conversation has officially, perhaps permanently shifted. While some critics like Tom Ford are sticking to more traditional methods — "the store shopping schedule doesn't align with the fashion show schedule" he told WWD — one designer's rejection of a new shopping system is going to hold inevitable change back.

As we continuously become inseparable from technology, fashion is going to need to sink or swim, because ultimately clinging onto the past leads to loss, no matter how romantic the idea is.

Thank you for reminding us of that J.Crew.