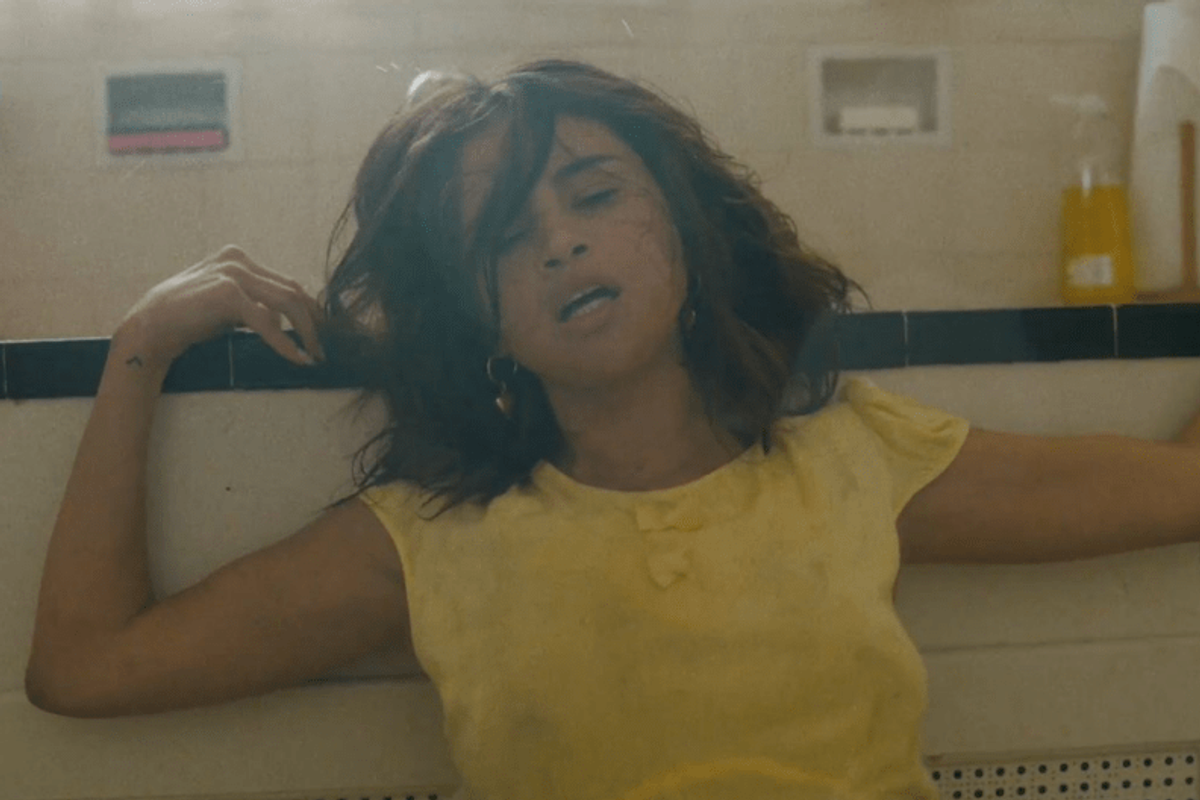 So you made it through 2017 in one piece. It's been a year of unending political disappointments, festivals going up in figurative flames, Nicole Kidman and Kardashian babies. Hopefully amid the chaos you've had some fun times, and perhaps even some freaky ones. For those who enjoyed the latter, or are looking forward to a little more loving in 2018, PAPER has compiled the 17 sexiest songs released this year to blow you and your partner's mind. Feel free to shimmy a track or two into your "intimacy" playlist — we know you have one.

Next time you're bringing food into the game, or going full American Psycho bedroom/mirror scene, "Chocolate" is the only song that should be playing. That booming bass (get it) is something that only Big Boi can pull off without descending into the depths of corny hell. This should be enough to get you started, before you get a little more sultry and a little less bang-bang with it. Once again, Big Boi, we salute you.

This French Montana addition makes a strong case if for nothing else than its inclusion of "up and down," "feel like heaven" and "can't feel your toes" in the lyrics. Bonus points if you play it while getting it on in a bathroom, a hotel room, or both.

When you want a change of pace, "Take Care" is something you can really sink your teeth into. Fun and frisky, with just enough bounce to keep everybody's energy levels up. In fact, this track would likely work best with multiple people involved.

One of the biggest songs of 2017, remixed for your ~pleasure~ by one of the most seductive crooners in the game. Try and get it on loop, because this one is short and might leave you frustrated with its premature ending ( ;~) ).

If there was ever a song built for tender love-making, it's "Body Smile" by Toronto duo DVSN — Daniel Daley's voice is almost too sensual too function on this track. Note, "Body Smile" should only be listened to while consuming red wine and chocolate-dipped strawberries while peeling off clothes one piece at a time. This is Dirty Dancing-level romance.

Continuing along a similar vein to DVSN, Liv Dawson's "Hush" is bound to leave you breathless. It has all the Gossip Girl's Nate-and-Serena-at-the-Sheppard-wedding sexy secrecy to get you going. Also a great song to listen to while watching given it's highly voyeuristic tone, take that as you will.

What do you get when you combine A Boogie, Trey Songz and Robin Thicke to create a song "Bad Girl"? Pure sex, that's what. Undressing and baths? Sure. Have I been bad? Yes, yes we all have.

"Get You" is a track that can take you from the club, to the bedroom, to the aisle, to the honeymoon suite — got to love a sexy song fit for any occasion and the dulcet tones of Daniel Caesar are almost too much to handle.

It's Rihanna and Bryson Tiller and this is 2017, which means wild thots with wild thoughts should be out in full force. Let's face it, this tune is the new "Grind On Me."

H.E.R somehow manages simultaneously heat things up and cool them down (just in case you need that) with "Lights On." Let's face it, any song about getting down with the lights on is a must-add to any sex playlist, essentially because it's an intimidating but ultimately very titillating proposition. Also the references to various positions is enough to get anyone hot and bothered.

I know, I know, you heard this on Insecure and suddenly you can't get away from it. I get it, but you can't deny Crew's beat makes for a pretty flawless rhythm when you and your partner are in the thick of it. Each verse only turns up the temperature, before simmering out with a chocolatey smooth hook. 10/10 would recommend for a jacuzzi.

Despite it's mildly problematic content regarding a heavy misrepresentation of fetishes, Selena Gomez's image-changing hit is sexy as all hell. Can't stop, won't stop!

"Love Galore" might just be the only song about love appropriate to play both with your long-time boo and one-night stand fresh out of the club. Love a good all-rounder. Also Travis's line "let me plant that seed inside you" 100 percent got Kylie Jenner (allegedly) pregnant.

It's pretty much The Weeknd's closest thing to a single this year and also a sensual banger. Sue me.

If this song doesn't have you at hello (you should be, at the very least, shaking by the chorus) then my hands are tied. Syd serenading her lover/requesting she "put on a show," in the midst of a whole heap of heavy breathing, is close to as good as it gets. "Body" almost reaches to the top spot, but it simply cannot compete with:

Kelela having sex with her hair is not only the sexiest thing since sliced bread or at least, "Je T'aime Me Non Plus." The song's build-up during a pre-chorus before the drop is almost overwhelming in its intensity. You should be panting at the end of this song, whether you're in the boudoir or on your commute. Put this on tonight and thank me later.