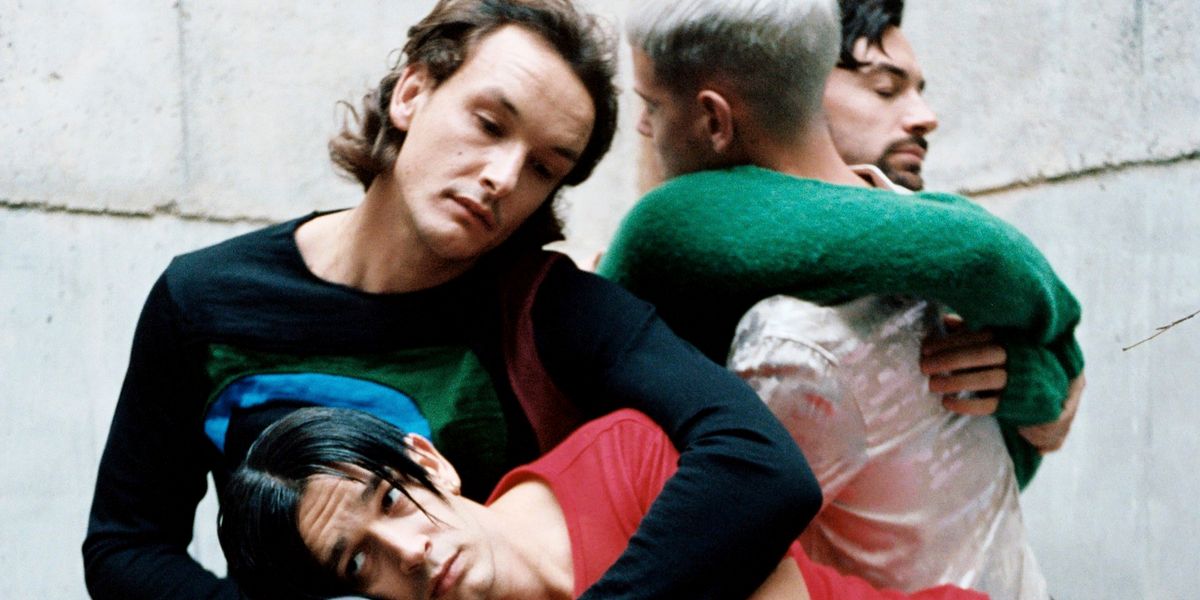 The 1975 Examine Digital Brevity in “A Brief Inquiry”

The four words, familiar to fans of the English rock band, aren't as steady this time around. These same lyrics appear in the first track, always self-titled "The 1975," of every one of the band's major releases thus far. On A Brief Inquiry Into Online Relationships, the introduction track is pitched wildly in comparison to its previous iterations, note-by-note challenging the echoing vocals and untimely ad-libs. It more than sets the stage for what unfolds over the next 14 tracks on the album: a story that bends and manipulates the sonic bounds by which The 1975 have previously operated within.

A Brief Inquiry is the third album to be released by the band and a follow-up to the band's 2016 smash-hit I Like It When You Sleep, for You Are So Beautiful yet So Unaware of It. It is almost annoyingly ironic that such a long-winded album title, accompanied by an over 70-minute roster of songs, is being succeeded by an album concerned with swiftly summarizing the complexities of the digital age. If it weren't for the deliberate eccentricities of the tracks on A Brief Inquiry, the record would teeter on a line of pretension.

Fortunately, the record is the most genuine in the band's discography thus far. Lead singles released over the past several months, like "Love It if We Made It," and "Sincerity Is Scary," told a very different story than the one that revealed itself upon the album's full release today. What seemed to be a pop album that toyed with phenomena like fake news and postmodern celebrity, ended up being a record with deeply personal themes that instead communicates with modernity from the point of view of a spectator.

The record's standouts are of course the most anthemic of the singles, like "It's Not Living (If It's Not With You)" and "I Couldn't Be More in Love." Despite utilizing the typical love-pop template as a vehicle, while a soaring choir backs them, the songs are interesting political and emotional commentary on the information age. "It's Not Living (If It's Not With You)" tells the tale of frontman Matty Healy's intravenous drug addiction, a jarring realization for listeners bopping along to the upbeat highlight of the record. A love song about opioids, sans culmination in recovery, might be panned as irresponsible by some, but the lack of concession speaks more to the themes being explored than to anything else.

Other highlights of the album are less palatable and certainly far from radio friendly. They draw more upon the infamous distortion techniques of acts associated with PC Music, a London-based collective that has branded its sound by working with modern pop legends like Charli XCX.

"How to Draw/Petrichor," the fourth track on A Brief Inquiry, clinks and chimes along before listeners encounter a myriad of synthesizers. A barrage of frequencies bite at each other to reach their most impactful velocities, glitching inconsistently. The song is a narrative both about and for the Internet. It's a stream of sounds that simulate packet switching, binary code, and low-filtered vocals that are melancholy enough to represent the past, present, and future online user.

The song is perhaps the only song on the album that addresses all of the themes that The 1975 set forth to prove in such a loaded title, all at once. The album is certainly not a love letter celebrating the digital age, but it isn't purely a critique. It's a pop album at its core and speaks to several listeners, allowing for interaction — just like the Internet itself.

"A Brief Inquiry Into Online Relationships" is out now via Dirty Hit.