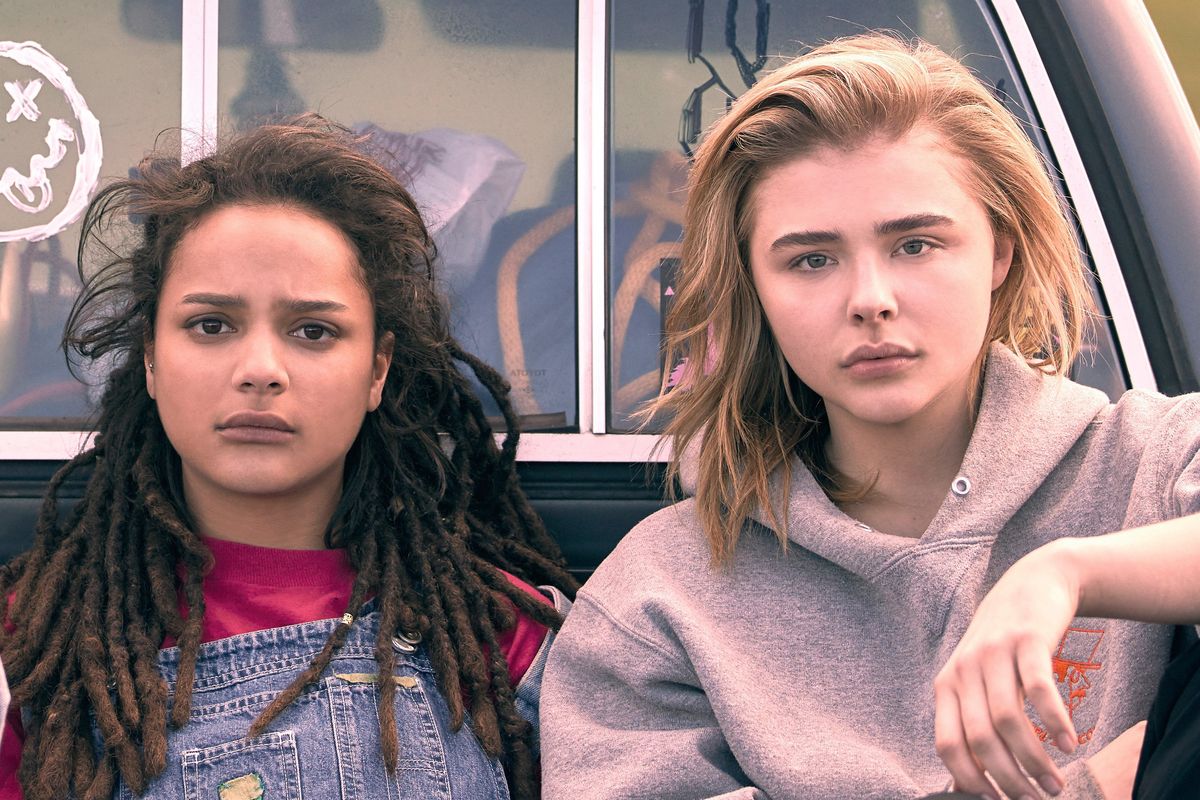 10 Women Directors to Watch at Sundance 2018

It's an interesting, complicated moment to be a woman who makes movies. Greta Gerwig's Lady Bird recently won Best Comedy or Musical at the Golden Globes, while Gerwig herself failed to land a Best Director nomination; Dee Rees' Mudbound has received consistently glowing reviews, but has been almost entirely shut out of the awards season; #MeToo has inspired necessary conversations about sexual harassment, disrespect, and pay discrepancies, while focusing almost entirely on actors, to the exclusion of other women in the film community.

In 2017, women (49 percent of the world population) accounted for 11 percent of the directors of the top 250 films of the year. As the film world attempts to untangle the many ways in which women are harmed and ignored, underpaid and underutilized behind the scenes, it would do well to look specifically to the huge gender imbalance in directing. The way women are treated off-screen is inextricable from the way they are portrayed on-screen — whether we as audiences see women as full, complex beings, or simply sex objects, mothers, and buzzkills.

These 10 women, whose films will be showing at this year's Sundance Film Festival, work in different forms and genres and styles, with different stars and subjects. But what they all bring to the festival is a new, much-needed way of seeing women and the world at large.

Richard Brody has described a trio of exceptional American filmmakers: "Those who don't seem to record life but to create it, not to inherit styles but to invent them, not to observe the world but to incite new ways of being, in which every image seems an expansion of the possibilities of the cinematic form." That group includes two men beloved in both art film and mainstream cinema — Terrence Malick and Wes Anderson — as well a hidden gem of the indie world: Josephine Decker. Her latest, about an experimental theater troupe and the messy ways that art and life can intersect, stars indie darling and multi-hyphenate Miranda July, Molly Parker, and vibrant newcomer Helena Howard. In 2015, Decker discussed the specific challenges of being a female director and balancing family and work with PAPER, saying, "Being a woman in my early thirties who really wants to have kids, I keep thinking, 'Wow, I'm really glad I got these two movies done.' Because I'll maybe make one more, then have to take a few years off... I think it's very difficult for women to develop a body of work because of family pressures, and also family desires." So, treasure this new work now — it may be a few years before we get another from this exceptional artist.

Appropriate Behavior, Desiree Akhavan's 2014 self-starring debut feature, was a delicate, melancholy comedy of love and cultural difference, with a refreshingly casual approach to bisexuality. Her sophomore effort is an adaptation of the celebrated coming-of-age novel The Miseducation of Cameron Post, the story of a Montana teen who comes into her homosexuality and is sent to "de-gaying" camp. Beyond the literary pedigree, the film features an impressive cast, including Chloe Grace Moretz, Jennifer Ehle, John Gallagher Jr. and the astonishing Sasha Lane, who recently made her film debut in Andrea Arnold's American Honey.

After beginning her career as a cinematographer (with credits including HBO's Looking and Beyonce's Lemonade), Reed Morano first came to prominence as a director thanks to her work as executive producer and director of the first three episodes of last year's The Handmaid's Tale. I Think We're Alone Now, her second feature as a director, is post-apocalyptic character study, following Peter Dinklage and Elle Fanning as two of the few remaining people on earth.

Argentinian actress/director/writer Valeria Bertuccelli and co-writer/director Fabiana Tiscornia's shared writing-directing duties are a refreshing move away from the frequently auteur-centric focus of many international film festivals. The veteran performer and first-time director have come together to create an absurd, theatrical comedy, proving themselves among the many fascinating filmmakers to watch in contemporary Argentine cinema.

Cathy Yan is a Sundance veteran, having participated in the New Voices Lab with her currently-in-development comedy series According to My Mother. Dead Pigs is her feature film debut, inspired by her time in China as a writer for the Wall Street Journal, a portrait of interconnected stories, centered around a mysterious phenomenon: a flood of pig carcasses, floating downriver toward Shanghai.

Rungono Nyoni, I Am Not a Witch

Zambia-born, Wales-raised Rungano Nyoni's feature film debut, I Am Not a Witch, was met rapturously at its Cannes debut. The playful, mythic series of interconnected vignettes centers on a young girl accused of being a witch, who has been exiled to a camp for women found guilty of witchcraft. Beyond the refreshing feminist reclamation of the idea of a witch hunt (no, women speaking about their experiences of sexual harassment is not actually a witch hunt), it is always exciting to see African films in major film festivals, which have historically centered American and European films.

Despite her cosmopolitan upbringing (born and raised in China, high school in London, college and graduate school in the U.S.), in her first two features, Chloe Zhao has become the poet of a quiet slice of America: South Dakota's Pine Ridge Indian Reservation. Her first film, Songs My Brother Taught Me — focused on Lakota Sioux siblings — played at Sundance and Cannes, and was nominated for three Independent Spirit Awards. Her latest, which premiered at Cannes, returns to the same location to document the disappearing world of rodeo cowboys. As with greats like Billy Wilder before her, Zhao brings her outsider's eye to tell American stories with insight and compassion.

Scottish director Lynne Ramsay is rightly regarded as one of the great contemporary filmmakers, based on her stunning Glasgow-set debut Ratcatcher, Morvern Callar with Samantha Morton, and the chilling We Need to Talk About Kevin with Tilda Swinton. Her latest, You Were Never Really Here, is based on a novel by Jonathan Ames, and was awarded both Best Screenplay and Best Actor at Cannes. Festival coverage has been glowing — for the film itself, Joaquin Phoenix's lead performance, and Jonny Greenwood's score.

New York-based director Crystal Moselle made a splash in 2015 with her documentary The Wolfpack, which followed brothers who had been confined to their Lower East Side apartment for 14 years, where they learned all they knew of the world from movies. Her follow-up is a narrative film, another New York story informed by her documentary working methods: before embarking on this portrait of Manhattan skater girls, Moselle immersed herself in the world of real skaters. What results is a realistic portrait of female friendships in spaces that are often unwelcoming to women.

The question, "Who is Jane Fonda?" could inspire a bafflingly disparate range of answers. Is she one of a generation of gritty, groundbreaking actors of the '60s and '70s? A feminist icon? A cheesy workout maven? "Hanoi Jane"? A comfortably beloved old Hollywood star? Susan Lacy, the creator and former executive producer of PBS's American Masters, who has spent years creating insightful portraits of complicated public figures, is just the filmmaker to unravel the complex, knotted history and persona of Jane Fonda at a moment when her bold, intersectional feminism feels more relevant than ever.