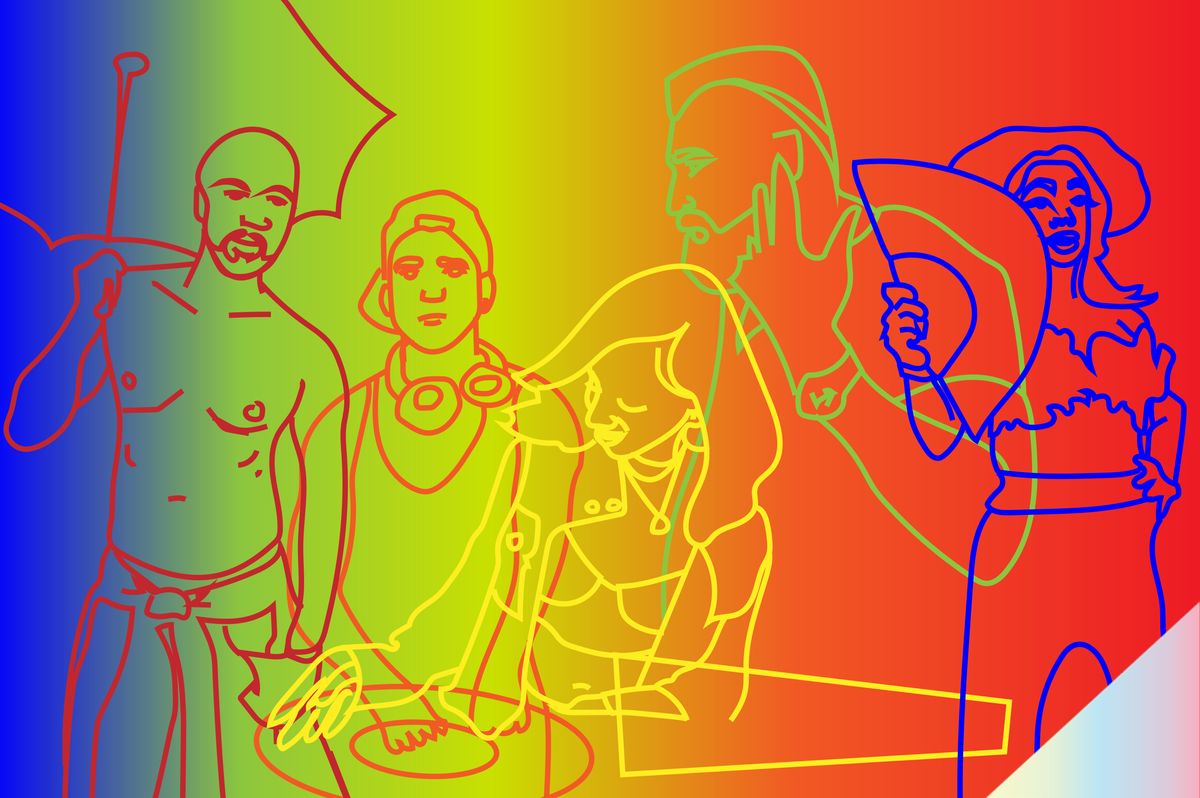 Your NYC Pride Party Guide for 2017

Glitter is in the air, the Empire State Building is lit up in rainbow...You know what that means. NYC Pride is here and with it, a weekend of the best parties celebrating all things LGBTQ. With too many to choose from, we've curated the best highlights below.

EXPECT: Discussing the role of queer people in media, entertainment, and fashion industries, and the importance of their visibility in the current political climate. The panel will be followed by an after-party DJ'ed by Lauren Flax with specialty cocktails being served by Tequila Avión.

EXPECT: Dancing, DJs & delicious breakfast treats, all while on a boat cruise, of course. Here's the kicker: it's at 6AM, not PM.

WHAT: Paris is Burning Screening at PUBLIC ARTS

EXPECT: A screening of cult favorite documentary followed by a Q&A with director Jennie Livingston and filmmaker Leilah Weinraub

WHAT: Let's Get In On in PUBLIC

EXPECT: PUBLIC Arts will be hosting a weekend kick-off dance party hosted by long-time nightlife curator Frankie Sharp. The Misshapes, whose regular Thursday night party, LINDA, kicked off this week, will be spinning on The Roof.

EXPECT:The Misshapes, whose regular Thursday night party, LINDA, kicked off last week, will be spinning on The Roof with Eli Escobar, Alex Chapman, Ty Sunderland, Joey Quiñoes and (last but certainly not least) Frosé machines. NOTE: Over the weekend PUBLIC will be donating $1 from every drink sold at each of the hotel's outlets including PUBLIC Kitchen, Louis, Lobby Bar, Diego, The Roof and PUBLIC Arts.

WHAT: Home for Pride at Wythe Hotel

EXPECT: Join us for an intimate affair atop the Wythe Hotel this Friday. Along with a diverse weekend of events for all, a brand new lobby art installation by Caroline Wells Chandler will be on view. You can purchase individual tickets for events, or make the most of it with the all-access Weekend Pass.

WHAT: PRIDE 2017 at Black Flamingo


EXPECT: To kick off GAYLETTER's series of New York Pride parties, SPiN will hold a viewing party for the season finale of Drag Race. Play some ping-pong, have a kiki, watch some performances, and take some cute pics.

EXPECT: The first of a three-day event will be introduced with multi-platinum selling singer-songwriter Deborah Cox with her classic R&B tunes while DJ Lina spins on the 1s and 2s. Finishing the evening, Patti Labelle hits a high note with her powerful vocals and timeless hits. Reyka Vodka will be served in specialty cocktails and offering the chance for you a friend to win a trip to Iceland.

WHERE: The Pines Club, Fire Island

WHAT: PRIDE Party at Wu Room

WHAT: Pride at the Wythe

EXPECT: The most exclusive rooftop venue overlooking NYC hosts the seventh anniversary of the VIP Rooftop Party with specialty cocktails by Milagro Tequila.


EXPECT: Teaze's NYC Pride event is exclusively for women and are shaking things up with a new rooftop location, celebrity performances, and more. An all-star DJ line-up including DJ Taryn Manning (Star of Orange is the New Black) and Tatiana. Reyka

EXPECT: The annual Buzzfeed pride party presents Glitter Bomb. The party will live up to its name with lots of snacks, dancing, rainbows, glitter, and even more surprises!

WHAT: Truth or Dare: A Madonna Party


EXPECT: Madonna everything including the wide range of music she's influenced.

WHERE: Top of the Standard, 848 Washington St

WHAT: Sunday's post-parade spot will see the media team from GAYLETTER down in PUBLIC Arts.

EXPECT: Raging music by Joey Quiñones and Chrissy will be accompanied by an array of unforgettable hosts.

EXPECT: 13 Reason's Why star Tommy Dorfman and designer Timo Weiland will be hosting the event with music by The Trainers and drinks by Babe Rosé. All donations go to LGBT Center.