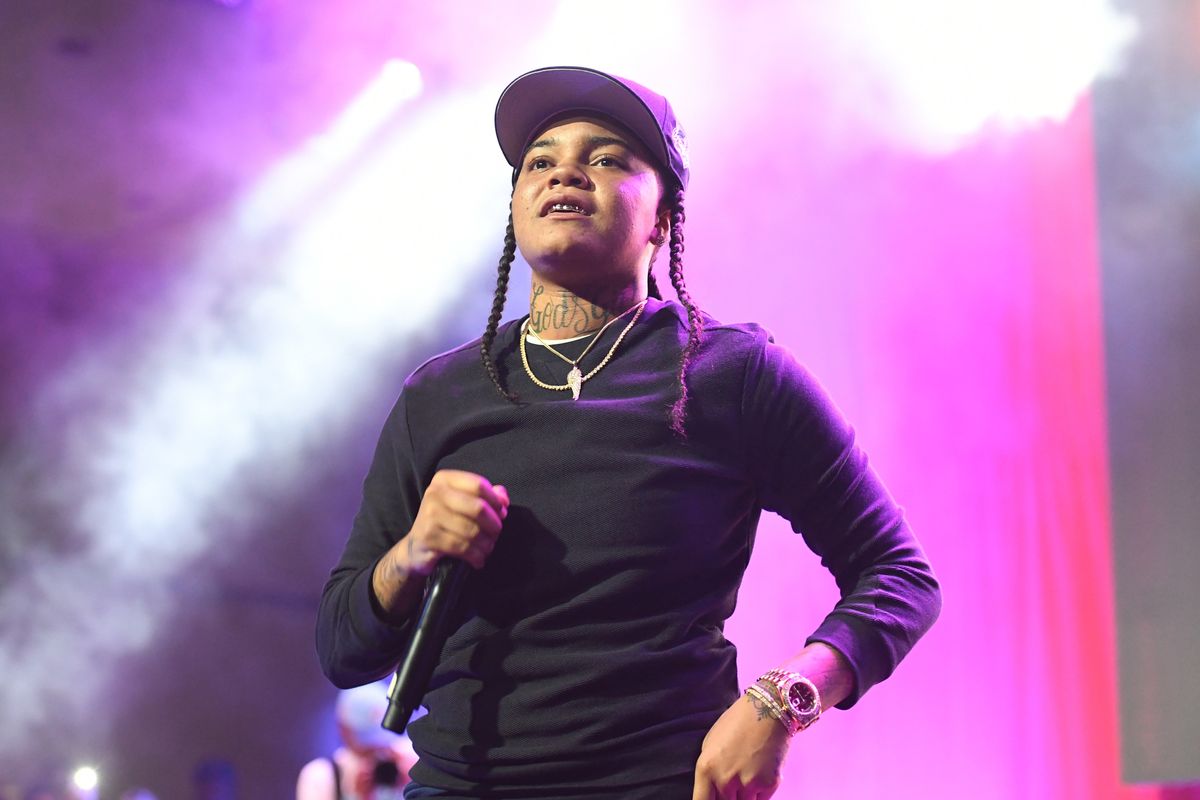 Young M.A. stepped in to help a woman who was allegedly pulled over by the Atlanta police over the weekend.

In a video reposted by DJ Akademiks, the rapper and several bystanders confronted a white officer after a fan was stopped — to which Young M.A. asked what exactly the woman did since she was just trying to talk to her.

The rapper can then be heard questioning their calls for back up and their decision to go into the woman's trunk, before saying, "Ya'll still ain't say why though."

"Why did you pull her over though?" she continued. "She was not blocking no fucking traffic!" Eventually, the woman was let off with a warning.

In the aftermath of the incident, Young M.A. explained that the entire interaction was 15 minutes-long, but "that's what we do for the people."

"That's how we stand. They didn't want to let her go, bro. She came up to me showing love as a fan, bro. And them n****s pulled her over 'cause she was in the middle of traffic. And we all pulled up, five cars deep, on police!" she said, later explaining that she didn't want to disrespect the officers. "We in Atlanta right now. We don't want no smoke, we don't want no problems. But you're not gonna do that to my fans, bro."