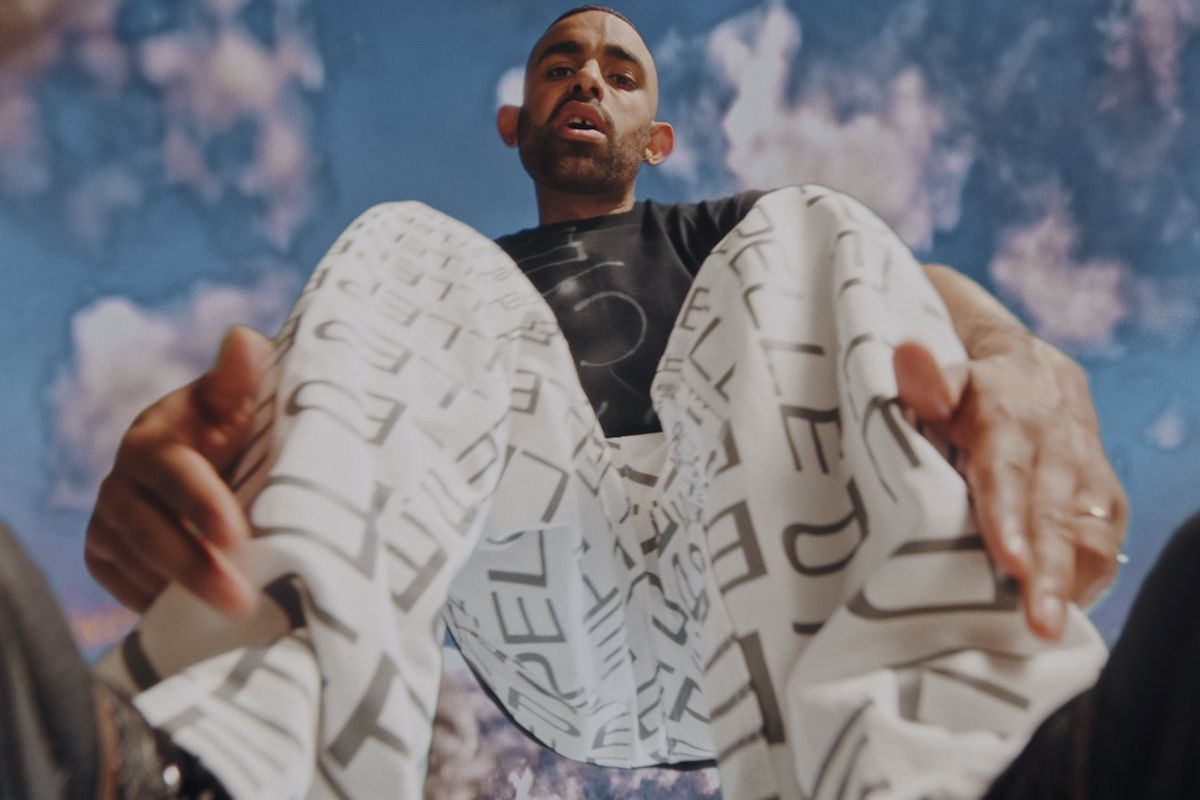 Even Xzavier Stone's own Spotify bio admits that there is "very little" known about the Zurich-born producer. A member of the the forward-thinking club crew Fractal Fantasy who first popped up on the label's 2017 Visceral Minds compilation before releasing his debut LP the next year, Stone's productions combine a nostalgia for '00s hip hop with a slick futuristic edge that's as enigmatic as it is speaker-shattering.

Following the release of his recent solo EP, XZ, Xzavier Stone is back with a brand new visual for "SilverTab." A nod to Levi's iconic baggy jeans cut, Stone's track taps into the same aesthetic vein of Y2K jiggy rap that pervades the entire EP, mugging and posturing for the camera as it disorientingly jumps from one angle to the next.

"The visuals for 'SilverTab,' directed by Tillo Spreng, highlight the questions I've raised about vanity and megalomania, which were cornerstones of the concept for my latest EP, XZ," Stone explains. "The one-man performance throughout the video is being displayed from various angles, suggesting opposing power dynamics between the artists and the viewer".

Flickering between a blank void and a saturated sky before ultimately opening up on a stormy 3D landscape lit up by a hollow sun, the visual, like Stone's slick approach to beat-making, feels like a futuristic perspective on the past. In this regard, there is something almost uncanny to Stone's performance. Hitting all of the right moves, there is a vacancy or distance in his eyes that makes the whole thing feel like it's being put on by a replicant. Exploring the meta narratives of '00s hip hop and relation to ego and masculinity, Stone's "SilverTab" is a mixture of study, commentary and innovation that comes across like an artifact from the future that somehow slipped through a time machine and ended up in our hands today. It doesn't hurt that the track absolutely slaps too.

Check out the PAPER premiere of the official music video for Xzavier Stone's "SilverTab," below.