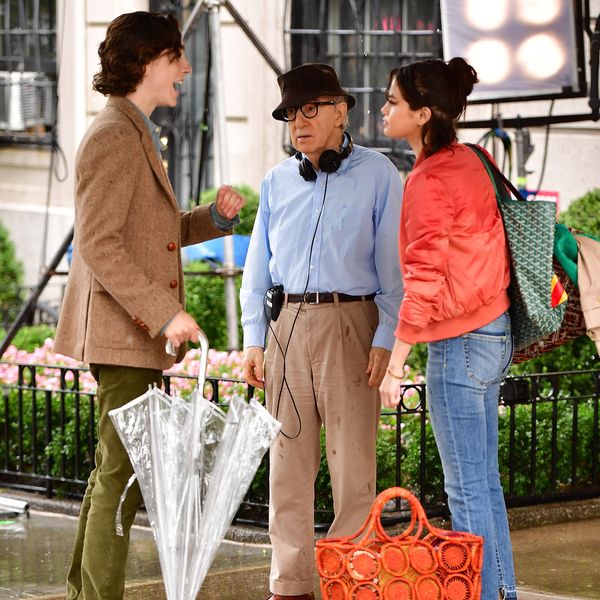 It's been two days since Woody Allen's memoir, Apropos of Nothing, was published after having been pushed by its original publisher in light of #MeToo allegations made against him. So far, the memoir, which recounts Allen's life from childhood to famed controversial filmmaker, has received little fanfare. Incredibly, Allen takes fellow famouses to task who have distanced themselves in light of the sexual abuse allegations against him.

One such celebrity caught in Allen's crosshairs is Timothée Chalamet, who worked with Allen back in 2018 on his unreleased last film, A Rainy Day In New York. According to the memoir, Allen accused Chalamet of denouncing him in order to better his chances for an Oscar win.

Following a Los Angeles Times op-ed by Allen's adopted daughter Dylan Farrow, who claimed her father abused her since she was seven, Chamelet announced that he would donate his entire salary from A Rainy Day In New York to charities supporting sexual abuse survivors. At the time, due to "contractual obligations," Chalamet didn't say more about Allen, but did post a message of solidarity on Instagram.

"I want to be worthy of standing shoulder to shoulder with the brave artists who are fighting for all people to be treated with the respect and dignity they deserve," he wrote. Chalamet's protest made him the first of those who've worked with Allen to publicly do so.

Allen writes in his memoir: "All the three leads in Rainy Day were excellent and a pleasure to work with... Timothée afterward publicly stated he regretted working with me and was giving the money to charity, but he swore to my sister he needed to do that as he was up for an Oscar for Call Me by Your Name, and he and his agent felt he had a better chance of winning if he denounced me, so he did."

Since Chalamet, other celebrities have spoken out against Allen, including Ellen Page, Selena Gomez, Justin Timberlake, Alec Baldwin and Emma Stone. Additional excerpts from Allen's memoir can be found here, via ABC News.