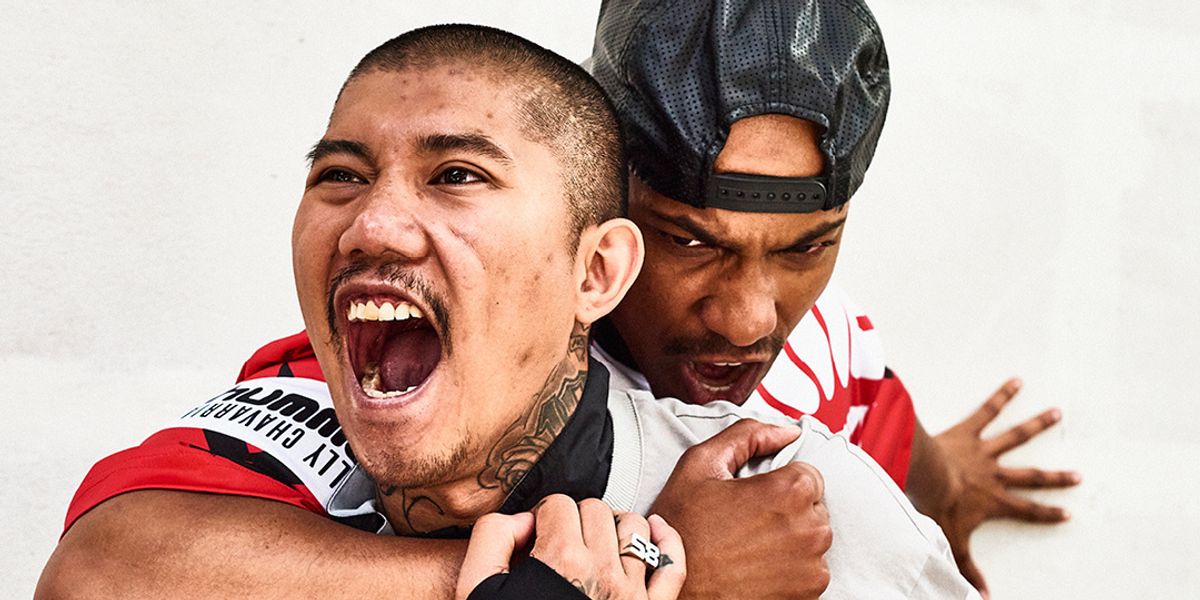 From his casting to his designs, Mexican-American designer Willy Chavarria has always knitted politics into fashion, and fought to see beauty where it is rarely recognized.

For his latest project, the menswear designer has teamed up with Danish sportswear brand hummel to celebrate the resilience and beauty of Brooklyn's immigrant and refugee community.

He has designed the brand's latest collection to outfit the players of RIFA, or the Rooklyn International Football Association, a soccer league that helps immigrants, asylum seekers and refugees connect and build community. Hummel is the sponsor Denmark's national soccer team, and they'll now be the official sponsors of RIFA, as well.

Through soccer, Chavarria and hummel chose to address the way immigration has been politicized to divide Americans, identifying the sport as one that "transcends race and class." They see their collection as a way of finding "common ground and a simple faith in humanity across the divide."

"We decided that we would put human rights at the forefront of everything we did. I want to make sure that I represent any kind of people that have suffered oppression. The guys on the team have already been fighting so hard at such a young age. With this endurance and passion for life, you can achieve anything you want," says Chavarria in a press release.

hummel x Willy Chavarria debuted at the designer's Fashion Week show in July, and will be available in stores in February. See more looks here.